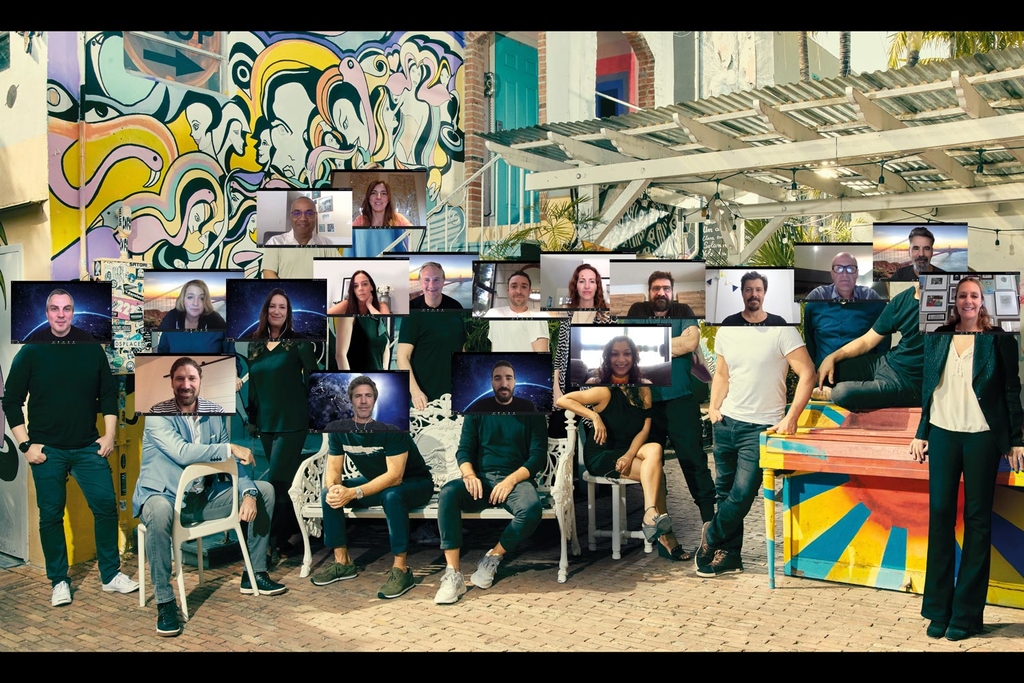 The staff of The Community, the shop that created Verizon’s Oscars campaign, the first in the history of the broadcast to feature Spanish dialogue without subtitles.

The best multicultural work outperforms that for the general market, specifically because of the often-overlooked perspectives it embraces. And in the 20 years since its founding as a multicultural, multinational shop, Miami-based The Community has brought new perspectives to a category that’s been tough to pin down. In 2019, the agency brought groundbreaking work to wider audiences while still delivering powerful, consistent messages that resonate with narrower segments of the population.

“The notion that something is not multicultural is kind of crazy. Everything is multicultural, especially in these eclectic, cosmopolitan cities where you have all these cultures living together and influencing each other,” says Chief Creative Officer Jose Molla, who co-founded the agency with his brother Joaquin. “We always say that ‘interesting’ happens when cultures clash. This whole concept of multicultural as a silo or separated from the mainstream is so obsolete.”

Even after five years of working with Verizon, The Community grew the partnership by 37 percent and is still the only agency that handles both multicultural and mass market work for the brand. Its work with Mondelēz doubled in 2019, and the agency increased the scope of its work with Samsung by 50 percent.

In all, The Community won 75 percent of its 2019 pitches, landing work for Procter & Gamble, Oikos and UNICEF, contributing to the agency’s 13 percent revenue growth—its sixth consecutive year in double digits.

“As an agency, they live in a unique overlap of multicultural and mainstream, developing work for our brand that consistently and successfully blurs the lines and reflects the changing face of America,” says Andrew McKechnie, senior VP and chief creative officer at Verizon. “The Community approaches the work in a way that few agencies can—with creative disruption, cultural nuance and deep human insights.”

The agency’s 2019 work for Verizon now feels prescient, focused as it was on engineers and emergency responders, the kind of essential workers who keep the nation’s infrastructure running, even during a crisis. But the largest lift for the agency was Verizon’s Oscars campaign, the first in the history of the broadcast to feature Spanish dialogue without subtitles.

An archaic rule in place at TV network ABC originally prevented this from happening. At first negotiations between the agency and network management were tense, but backing from Verizon Chief Marketing Officer Diego Scotti helped cement an agreement. “Diego really believed that we should make a stand for this, and he pushed for it and made it happen,” says Chief Creative Officer and Co-founder Joaquin Molla. “I think his confidence in the idea was the X-factor.”

The message viewers got was of Spanish not as a foreign language that needed careful translation but as a natural part of the lives of the people they saw on the screen—and by extension, their own lives. For its part, Verizon saw 4.75 percent growth in the U.S. Hispanic market, and brand recall among millennials in the general market hit 92 percent.

A campaign for California-based Bank of the West helped the regional company stand out among finance behemoths by pointing out the hidden ways banks use their customers’ money. The bank pledged not to invest in fossil fuels or tobacco to draw consumers who don’t want to support those industries.

“Brands that communicate authentically and in a more purpose-driven way really resonate with the world today. Do you want a bank that's investing in Arctic drilling and fracking and all of those things? You may not, and if you don't, we're the bank for you,” The Community President Luis Montero says of the campaign. “And it was a pretty incredible story to see how much money they lost in the short term taking that bet. And then a month in, assets started skyrocketing and different entities were pushing their money over to Bank of the West because they stood for something.” The campaign drew $250 million in large account deposits and lowered the median age of the company’s customers from 42 to 39.

Last year also saw a high-level hiring spree at The Community, which now boasts a new managing director in New York, an executive creative director in San Francisco and a new head of people. A full 20 percent of the agency’s staff was promoted last year.

“The word ‘multicultural’ has become a bit like the word ‘millennial’ was a couple years ago,” Montero says. “It’s now what everybody wants.”