Purpose, Death and the Backstreet Boys: Takeaways From the ANA | Ad Age
Skip to main content

Purpose, Death and the Backstreet Boys: Takeaways From the ANA 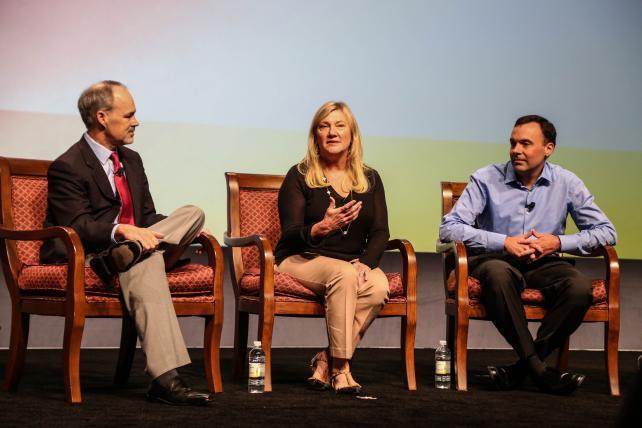 The Association of National Advertisers held its annual Masters of Marketing conference in Orlando, Fla. If you weren't able to make it, we've got a few takeaways below, whether it was Marc Pritchard's advice to marketers, Gary Vaynerchuck's shock talk, or some nostalgia from the Backstreet Boys. And be sure to check out our complete coverage, including stories and videos here.

Give your agency a break
The marketing and ad agency industries haven't exactly been best pals of late. Witness the ANA's ongoing battle with 4As over media rebates and transparency. But marketers speaking at last week's event extended more than a few olive branches to agencies. "The last few years have been admittedly tough on agencies, P&G included. And it's time to turn the page. The negative narrative needs to stop," said Procter & Gamble Co. Chief Brand Officer Marc Pritchard, who also happens to be the new chairman of the ANA. Diego Scotti, chief marketing officer of Verizon, said: "I hear people blame the agency model, saying it's broken. I think that's frankly a lazy way of thinking about it."

Don't be a "fuckface"
"If you are running [TV] commercials for a brand that targets consumers 22 and under, you're a fuckface." That was just one of many one-liners Gary Vaynerchuk threw at attendees during one of his harsh-truth speeches. Mr. Vaynerchuk railed about marketers and agencies being wedded to the old ways, stuck in legacy creative habits and measuring things that didn't matter. He repeatedly urged the crowd to look at the history of marketing, particularly the transition from radio to TV and what happened to TV.

Don't fall into a "crap trap"
Mr. Pritchard was actually not very familiar with Mr. Vaynerchuk before his ANA address. And maybe that's no surprise, because his agency, VaynerMedia, does a whole lot of social-media content for a whole lot of P&G's competitors, including Unilever, L'Oreal and Johnson & Johnson. Mr. Pritchard also isn't a big fan of the word "content," or of pumping out lots of stuff on social media of questionable value, such as a Pepto Bismol video he showed about a boy raised by goats, which didn't make note of the brand involved for more than four minutes. Instead, he'd prefer to see his agencies making fewer, better ads. Improving creativity requires craft that "belongs in the hands of serious professionals," Mr. Pritchard said in his ANA address. "Don't ever accept mediocrity. Don't be seduced into the crap trap of just getting something out. On every part of the canvas, craft matters.

Let purpose really power the brand
After deciding two years ago to quit selling its $2 billion tobacco category and rebrand, CVS Health saw a 40% lift in its perception as a health leader. Norman de Greve, senior VP, chief marketing officer of the $153.3 billion brand, told the crowd his personal story of how he lost his father to lung cancer and wants to ensure he sticks around to spend time with his own young son Luca. "The important thing is that deeds matter more than creeds, so stand up," said Mr. de Greve to attendees, many of whom ranked the talk as one of the conference's strongest.

Let's get "phygital"
The ANA got formally introduced to a new buzzword by Alison Lewis, chief marketing officer of Johnson & Johnson's consumer business. It means the convergence of the physical and digital worlds. For J&J, that means merging offline and online retailing and marketing. So, for example, J&J recently launched Aveeno into China via e-commerce first before hitting stores. And Neutrogena successfully mined loyalty-card data from store purchases to serve 88 different digital ads programmatically to 18.1 million households aimed at getting folks who had, for example, bought the brand's cosmetics to also buy its makeup-removing wipes. The campaign generated return of $5.84 in added sales in offline stores for every $1 in ad spending online. It's all part of what the company calls "ambidextrous marketing." Be prepared to hear all this again. Phygital is up to 124,000 Google hits. And it got a second mention from the stage from Ellen Moreau, Sherwin-Williams' senior VP-marketing communications, Americas Group. The paint company has been connecting with customers for years in the digital world with its ColorSnap app. The app lets people find the right paint color for their physical spaces in various digital ways, such as taking photos with their phones or finding images on Pinterest.

Death to demos?
Age-gender demographics remain the way much media, particularly TV, gets bought. But speaking at the same CMO Roundtable, Best Buy CMO Greg Revelle said the retailer has moved completely away from demo targeting. "We're going after people who love technology," he said. "What we've found as we've gone through that is that women love technology as much as men." That's also led Best Buy to change the way it casts ads.

Pro wrestling is fake -- but audience engagement is real
World Wrestling Entertainment's roots go back 50 years. But at her ANA presentation, WWE Chief Brand Officer Stephanie McMahon reminded attendees that the pro wrestling genre goes back to the days of the Roman Coliseum when "the emperor would decide if a gladiator lived or met his unfortunate alternative. Thank god we've evolved to scripting the outcomes." But while the results might be pre-ordained, the WWE adjusts on the fly based on fan reaction. The engagement has helped WWE reach 700 million social media followers. "Our fans are our secret sauce," Ms. McMahon said. "They are a part of our show. Whether they are chanting, cheering, booing -- they can often even influence what happens during the course of a match. Because if something isn't working, you have to change direction quickly." She added: "Our strategy is that we listen and we respond. … It's like the ultimate grassroots marketing."

Do the math
"Many of us got into marketing to avoid math class," said Wes Nichols, co-founder of Neustar's MarketShare -- a marketing attribution modeler all about math. And his co-presenter, TD Ameritrade Chief Marketing Officer Denise Karkos, acknowledged she went into marketing at Notre Dame in part because it was the business degree that seemed easiest because all the football players were in the classes. But speaking to a relatively lightly attended Saturday session, they made a strong case for doing the math in marketing. Ms. Karkos noted that she's surrounded herself with strong analytics talent throughout her career, and broke with tradition by showing her TD Ameritrade board detailed return-on-investment data for campaign elements rather than the latest 30-second spot. "Now when I go to the board, they want to know what was the ROI of that digital video I saw?" she said. Ms. Karkos has moved largely -- not entirely -- away from upfront TV commitments and inflexible print schedules in favor of an 80% flexible mix of digital, search and other media to optimize around analytics provided by MarketShare and others. Mr. Nichols said that despite their reputation for number-crunching, packaged-goods marketers are now actually behind other industries, such as entertainment, in analytics savvy. 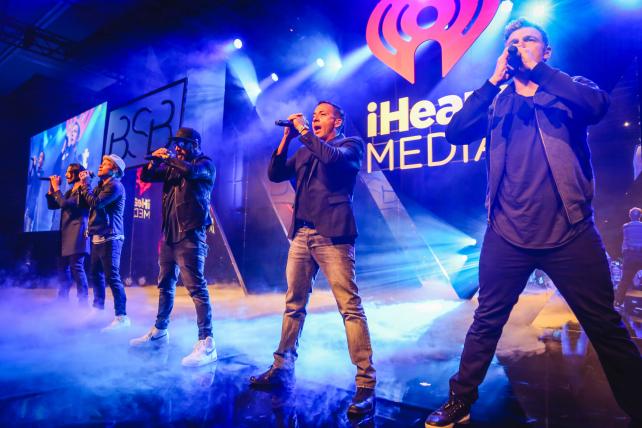 ANA Masters of Marketing: A special performance by the Backstreet Boys, sponsored by iHeartMedia, on Thursday, Oct. 20.
Credit:
Clarion Pictures

Bonus item: Backstreet's back, all right
OK, so this one might not be applicable to your marketing strategy. The Backstreet Boys' comeback trail led through Orlando on the way to Las Vegas, and the ANA crowd clearly was enthralled. Attendees crowded the stage and sent so many photos and videos to social media and the folks back home, sometimes ironically, that it temporarily choked even the very high-quality data network of Verizon, whose CMO Diego Scotti had noted his brand's premium positioning earlier in the day.

~ ~ ~
Clarification: An earlier version of this story said that Kimberly-Clark was a client of Vayner Media. It is not.