When Hotels Fill Up, Home Listings Service Attracts Startup Agencies, Creatives on a Budget
READ THIS NEXT
Salesforce’s Stan Sugarman on driving business values, breaking down silos and hiring for attitude 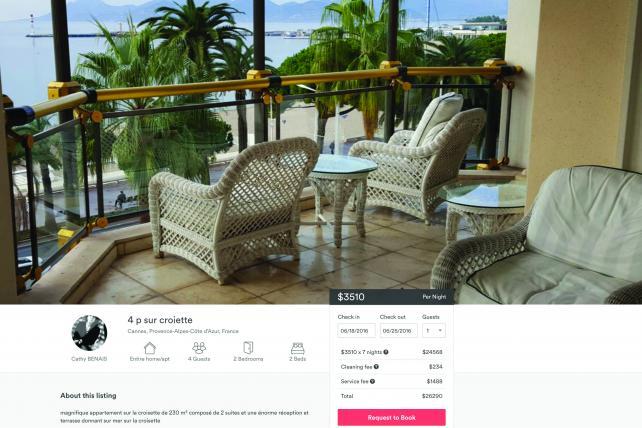 Looking for an authentic, immersive experience in Cannes for the Cannes Lions International Festival of Creativity? Try a cozy one-bedroom facing the Palais des Festivals, listed on Airbnb for $350 a night. If you're low on cash, a charming villa with park views can put you up for a mere $40 a night. As the festival plays host to more than 13,000 attendees and hotels fill up, Airbnb is picking up the slack with accommodations ranging from a pull-out couch for a few dollars to a luxury mansion for $10,000 a night.

"The festival has grown and the original infrastructure, the hotel industry, just cannot cope with the sheer demand," said Jonathan Mildenhall, who joined the San Francisco-based home rental company as chief marketing officer two years ago. "Airbnb's role is to absorb all of the visitors that are interested in attending these traditional festivals because of their popularity." Going to Cannes for the 19th year, Mr. Mildenhall, a former marketer for Coca-Cola, will be staying at a contemporary three-story house near the harbor this year with Airbnb's chief executive and co-founder, Brian Chesky, who is speaking at the festival.

Without a doubt, the ad industry's festival from June 19 through June 25 is Airbnb's busiest week in Cannes—even bigger than the film festival a month earlier—and it's getting even bigger. Over 4,000 of the company's 2 million listings are in Cannes, up from only 2,000 at this time last year. Many listings specifically market their proximity to the Palais des Festivals as a selling point. By early June, only 12% of such listings were still available for rent. The annual Cannes Film Festival, which takes place in May and attracts Hollywood A-listers like Julia Roberts and Ryan Gosling, is also a large event growing in popularity for hosts, Mr. Mildenhall noted.

In addition to absorbing the overflow from sold-out hotels and offering a more colorful and comfortable alternative to frigid, vanilla conference rooms for meeting spaces, Airbnb listings provide a cheaper way of visiting Cannes for young creatives or startup agencies looking to save costs.

"The diversity of our price range allows a much more diverse range of festivalgoers to attend," said Mr. Mildenhall, who added that more affluent visitors, such as celebrities, also take advantage of the high-priced bookings because accommodations include an extra level of privacy.

Though larger holding companies might have hotel contracts, many smaller agencies opt for Airbnb. For We Are Social, a social media agency, renting through the service is another way of team building. Each year for Cannes, the company typically rents out a villa that can sleep a dozen people and uses the house as a base and central meeting point. Some employees will stay at the villa, while others who are only in town for a few days might book an Airbnb location nearby. As a global agency, it's rare for all staffers to see each other regularly, so opting for a rental lets everyone hang out together. We Are Social employs a similar strategy for its presence at South by Southwest.

"It might sound silly, but We Are Social doesn't just mean social media—we use it as a template for the agency and that's encapsulated by the way we do Cannes," said President Rob FitzGerald. "Increasingly, with the media owners, vendors and partners, [Cannes is] getting more corporate, and for us, it's an opportunity for a more immersive experience of quality time with each other. It's what the industry should be about." 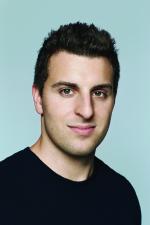 Though Airbnb has done some activations in the past around South by Southwest and Sundance, the eight-year-old brand is not focused on marketing Cannes. The plethora of listings, coupled with a collection of savvy travelers, is advertisement enough. A heavy festival presence is a boon for Airbnb, which has a reported valuation of $25.5 billion and was expected to finish 2015 with $900 million in revenue, according to reports.

Road warriors tired of business travel might just want an experience in Cannes that boasts the comforts of home. Emily Nathan, publisher and editor-in-chief of Tiny Atlas Quarterly, a four-year-old travel magazine, said that traditional hotels might not provide creatives with the same level of design and comfort as an Airbnb site of their own choosing. She noted that the service is also beneficial for last-minute booking when other hospitality venues fill up early.

"A lot of people in the creative industry might want a stylish, cute apartment and not a basic room in a convenient area," she said. "People are living this vagabond life, traveling all the time for their job, and they want to maintain a lifestyle in a neighborhood that feels comfortable to them."