What Will Smith Can Teach You About Branding

In Cannes, Actor Shares Three Tips on Keeping It Relevant
READ THIS NEXT
Salesforce’s Stan Sugarman on driving business values, breaking down silos and hiring for attitude 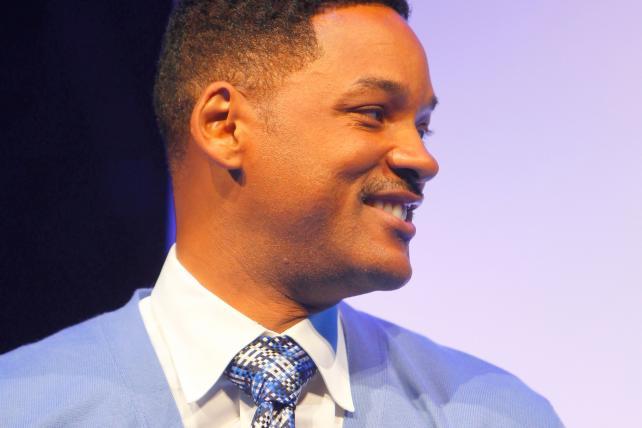 It's a safe bet that decades of being a box-office star has taught Will Smith a few things about branding. The actor and producer spoke today in Cannes with Jackie Cooper, global chair of creative strategy at Edelman, on the "Pursuit of Impact." On the Lumiere Theatre stage in the Palais des Festivals, Mr. Smith shared insight that applies to the world of advertising.

1. Start with a meaningful, profound idea.
Mr. Smith said it can be enticing to try to retroactively fit a purpose to an idea. But the best work, he said, starts with a solid concept and crafts an execution to match it. In the case of films, he said the best stories have a relatable life experience at the core, one with which audiences can sympathize. Of course, this apparently wasn't always the case. To hearty laughter: "[In Hollywood] it's a new idea that we have to make, like, good movies."

2. The product should always be at the core of what you do.
Mr. Smith praised Steve Jobs, saying that the Apple founder had a true vision of what people wanted: "He didn't care how hard it was... how much it cost. He wanted to create something that would blow your mind." Mr. Smith also said that if the product isn't up to snuff, even the best agencies in the world can't help it. "No matter how great [your marketing] is, if people don't want [the product], you're not gonna sell it." He noted that consumers can communicate much more quickly today than in the past: "It used to be that if your movie was shit, people wouldn't know it until Wednesday. Now, 10 minutes in, people will be on Twitter saying, 'Hey, this movie is shit, don't see it. Will's movie is shit, go see Vin Diesel.'"

3. Try to improve lives.
Mr. Smith talked about how the company he's involved with, Just Water, is doing its part by attempting to provide a 100% sustainable bottled water product. His son Jaden had come home from school one day incensed that we were just throwing plastic waste into the sea. Mr. Smith joked that he told Jaden: "Sounds like more of a problem for your generation, man. Figure it out." And Jaden did. He drove his father to take action to help prevent an ecological crisis that, as he acknowledged, will likely not affect him. Mr. Smith claims that he learned we should be worrying less about how much money an idea will make or if it will advance your career, but rather how it will improve the lives of others.

Chris Pollack
View all articles by this author