Not Just a Savvy Clipper, She Knows All Your Tricks -- and Is Teaching Others to Resist Them
READ THIS NEXT
How restaurant chains are duking it out to be the best in their categories

Gina Lincicum lives in a tidy suburban Virginia townhouse with shutters and an American flag door-hanger cut into the shape of a heart. The cul-de-sac is walking distance from a neighborhood swimming pool, where her 5-year-old twins and 7-year-old son spend most of the summer. It's a short walk from the station, where her husband, a lawyer, catches a train to a government job in D.C.

When she opens the door on this warm summer day, it seems 38-year-old Ms. Lincicum is typical, all-American mom: average build and height; short, curly brown hair styled carefully. She wears a necklace etched with her children's names, sensible shoes, a jean skirt. 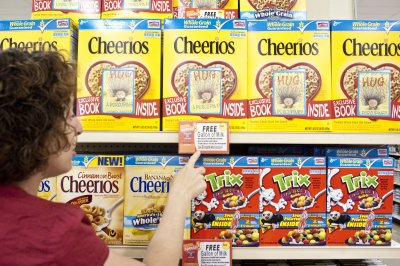 It started innocently enough. Ms. Lincicum's first forays into couponing started at the drugstore. Hands full with twin babies, she was more concerned with getting diapers, soap and shampoo for pennies. She'd share her deals with her family and moms groups and send out emails. Later, she folded those tips into a blog, MoneyWiseMoms.com, which today attracts 45,000 hits a month and specifically outlines how to side-step marketing lures and traps in stores. Her readers are primarily moms age 20 to 45, half working and half stay-at-home, who live around D.C. and other high-cost urban areas in Texas and New England. Ms. Lincicum has begun to host small classes to teach couponing face-to-face, too.

What brought me to the Lincicum doorstep was a quest to observe an "extreme" couponer and witness the fervor that 's gripped America -- or at least viewers of cable network TLC -- up close. Coupon redemption saw strong double-digit quarterly increases since the recession started in late 2008 and then began to decline some in the second half of 2010, according to Nielsen panel data. The number of overall coupon clippers in Nielsen households did increase slightly last year, largely thanks to growth among the highest echelon of coupon redeemers: "enthusiasts." This group was responsible for 70% of units purchased with a coupon last year (see below).

With 14 coupons redeemed during one trip to one store, Ms. Lincicum is , unequivocally, an enthusiast. She's also typical by Nielsen's measure: she's below age 54, has well above $70,000 in annual household income and lives in an affluent suburb.

Yet this is not a woman with hundreds of cans of free tuna fish holed up in her basement. What I did witness is , however, is almost scarier. Ms. Lincicum is one savvy shopper who knows a lot about marketing. She can out-maneuver any marketing ploys or enticement you throw at her and she's teaching scores of others how to do just that .

And she's not alone. Ms. Lincicum is one of many bloggers spreading the coupon gospel online. Two such bloggers, CouponMom and TheKrazyCouponLady, were top-five traffic drivers to hot digital coupon outpost Coupons.com in June, ahead of all retailer or manufacturer sites, according to Experian Hitwise.

"Many mom bloggers are extremely marketing-savvy, some much more than the brand managers," said John Andrews, founder-CEO of Collective Bias, a social-media unit of Mars Advertising.

But are they a threat to brands? "A direct impact of [coupon] bloggers is creating a new awareness about offers," said Mr. Andrews. "I don't think that 's dangerous to brands, but ... [marketers] need to get coupons to someone who has potential to convert into a loyalist, otherwise [they're] just giving away margin."

Loyalty, however, is the last thing on the mind of Ms. Lincicum, who spends less than $500 per month on groceries, toiletries and cleaning supplies for a family of five. To compare, the average American family of five or more spent $836 per month on all food, including eating out, in 2009, according to the Bureau of Labor Statistics. In the D.C. metro area, the average household spent $653 on all food. But that household was 2.6 people on average -- about half the mouths Ms. Lincicum has to feed. She does it by saving 40% to 60% off her weekly grocery trip.

I booked a trip and hotel to see firsthand exactly how she does it.

"Did you use a coupon?" an editor asked.

Clearly, I have a lot to learn.

Settled in her front room, Ms. Lincicum shows me the tools of her trade set out on a wide, sun-drenched dinner table. In a plastic accordion folder small enough to fit in her purse, she files coupons for items she knows she's always going to buy -- Cheerios, Betty Crocker and Colgate among them -- behind neatly labeled tabs: "cereal/bread/pasta," "meat" and so on. Pocket-sized scissors and a calculator hold permanent residence in the front pocket. A large filing box, also plastic, houses the RedPlum, SmartSource and P&G Brand Saver inserts from The Washington Post, organized by week.

These manufacturer coupons, stacked on top of store promotions, are key to her strategy. Scanning the weekly store ads in the paper, she sees what's already on sale and dips into her file folders to find coupons to match up. If there are no paper coupons, she turns to Google or checks manufacturers' websites. That pairing often means products such as Ritz crackers, Tic Tacs and pasta for absolutely nada.

Ms. Lincicum is a on a strict one-major-trip-per-week regimen and has a standing shopping date early Sunday mornings with a neighbor friend. (This is unusual. Many grocery-shopping trips are organized around narrowly focused missions, according to market-research firm Packaged Facts' March food shopper survey. Half of the 2,000 surveyed spent less than $50 and bought fewer than 15 items on their most recent trips. Last year, SymphonyIRI reported shoppers averaged 17.4 shopping trips per month in grocery, super center, drug, club, dollar and convenience stores.)

At a coupon class she hosts later that evening for five women, she drills it in: the fewer trips to the store, the fewer impulse buys and the more you'll save. "If you buy the way you've been trained to shop -- go in and buy everything right now -- you're going to spend a lot of money," she says.

For me, she's organized a special trip, including a stop at Harris Teeter to take advantage of a "super double" promotion -- for the uninitiated, that means coupons $1.98 or less will double in value. Since Harris Teeter isn't a usual haunt, the list for the trip goes onto a grid, designating grocery aisle categories, printed off the internet. With targeted pick-ups in each section -- "dairy," "frozen food," "beverages" and so on -- it's harder to stray, she says.

"I know they want to get me in the store to get the loss leaders, but I don't stick around and get more items," she tells me in her Toyota minivan, where we'd rearranged a pair of pink car seats to fit me and a photographer. "My rule is to never buy something when you need it."

She throws around terms such as "loss leader" and "end-cap" with ease, even though she's never taken a marketing class. Before staying home full-time for her kids, she worked in college administration and as a teacher. "That's what reading grocery ads for four years will do to you," she says with a smile.

Our first stop is Giant, the mid-Atlantic sibling to Stop & Shop. Ms. Lincicum navigates the aisles like a guided missile. Next door to her kids' gym -- their first visit was on a Groupon -- she's been here many times. She moves steadily, impenetrable to distractions and only stops exactly where's she's planned to. First up is cereal. 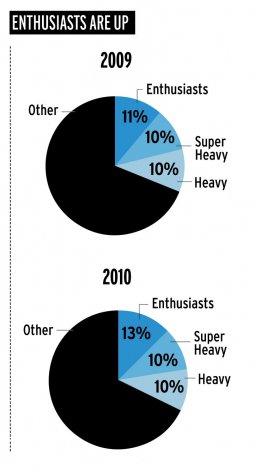 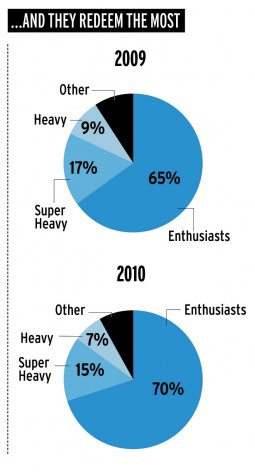 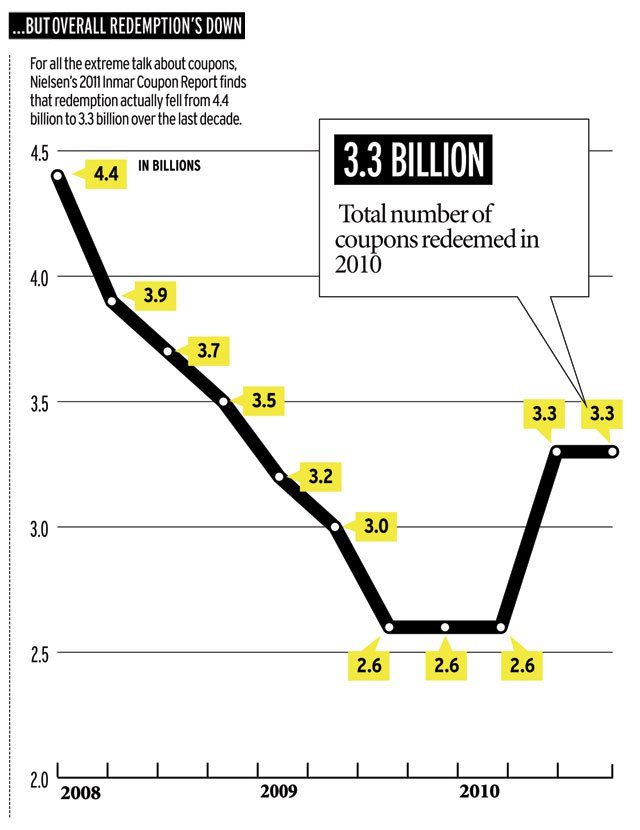