Tide chills out, Burger King builds a digital food court, and more
READ THIS NEXT
The top 5 creative campaigns you need to know about right now

Burger King is appealing to basketball fans in Spain by turning a virtual court in video game NBA 2K21 into a "menu" where they can score to win free food items. Players need to stand on designated points on the court to win different menu items, and the harder the shot, the bigger the prize: for example if you shoot from the middle of the court you win a full meal with soda and fries. The campaign, from David Madrid, is also being supported by some Spanish gamers who are talking about it on gaming streams on Twitch and YouTube.

Tide has made an ambitious move to support planet Earth—with help from the likes of Ice T, and Stone Cold Steve Austin. In a campaign created out of Saatchi & Saatchi, part of the multi-agency group Woven that supports P&G North American laundry, Tide isn’t pitching specific products, but a new behavior. It’s encouraging its consumers to “Turn to Cold” water when they wash their clothes, a habit that could help them not only save an average of $100 a year but also help the environment. P&G research found that the most negative environmental impact from doing laundry—from manufacturing to the use of detergents—comes from heating water. So P&G’s goal is to have 75% of U.S. laundry loads washed in cold H2O by 2030. If they hit that target, P&G says that would be the equivalent of removing a million cars from the road and reducing greenhouse gas emissions by 27 metric tons over a decade. The campaign features ads in which Ice T and Stone Cold Steve Austin “cold-call” others to switch to cold water, and Tide is even altering its own logo to include a blue snowflake. While everyone switching to cold—including non-Tide users—would be good for the environment, the new campaign pitches that Tide has the added benefit of working better than other brands in cold water.

A major new campaign from Petco pushes the message that that the retailer is now also a health and wellness company, with services like grooming, vets and food delivery services. The creative idea, the first work from Droga5, is a fun one: the humans discussing its benefits are actually revealed to be pets. One ad sees a group of affluent snobs at a cocktail party who bear uncanny resemblances to the animals they’re eventually revealed to be. Directed by Harold Einstein via Dummy, the spots end with the tagline: “It’s what we’d want if we were pets.”

KFC continues to lean into last year’s disastrous timing when it released a U.K. campaign centered on long-running slogan “finger-lickin’ good” just as the pandemic kicked off. In a new campaign from Mother London, the brand ran outdoor and online ads borrowing other well-known taglines, like Nike’s “Just Do It,” L’Oréal’s “Because You’re Worth It,” McDonald’s “I’m Lovin’ It” and more. The campaign reminds people that the finger-lickin’ slogan is still “on pause,” although it claims that it still plans to bring it back when the time is right. 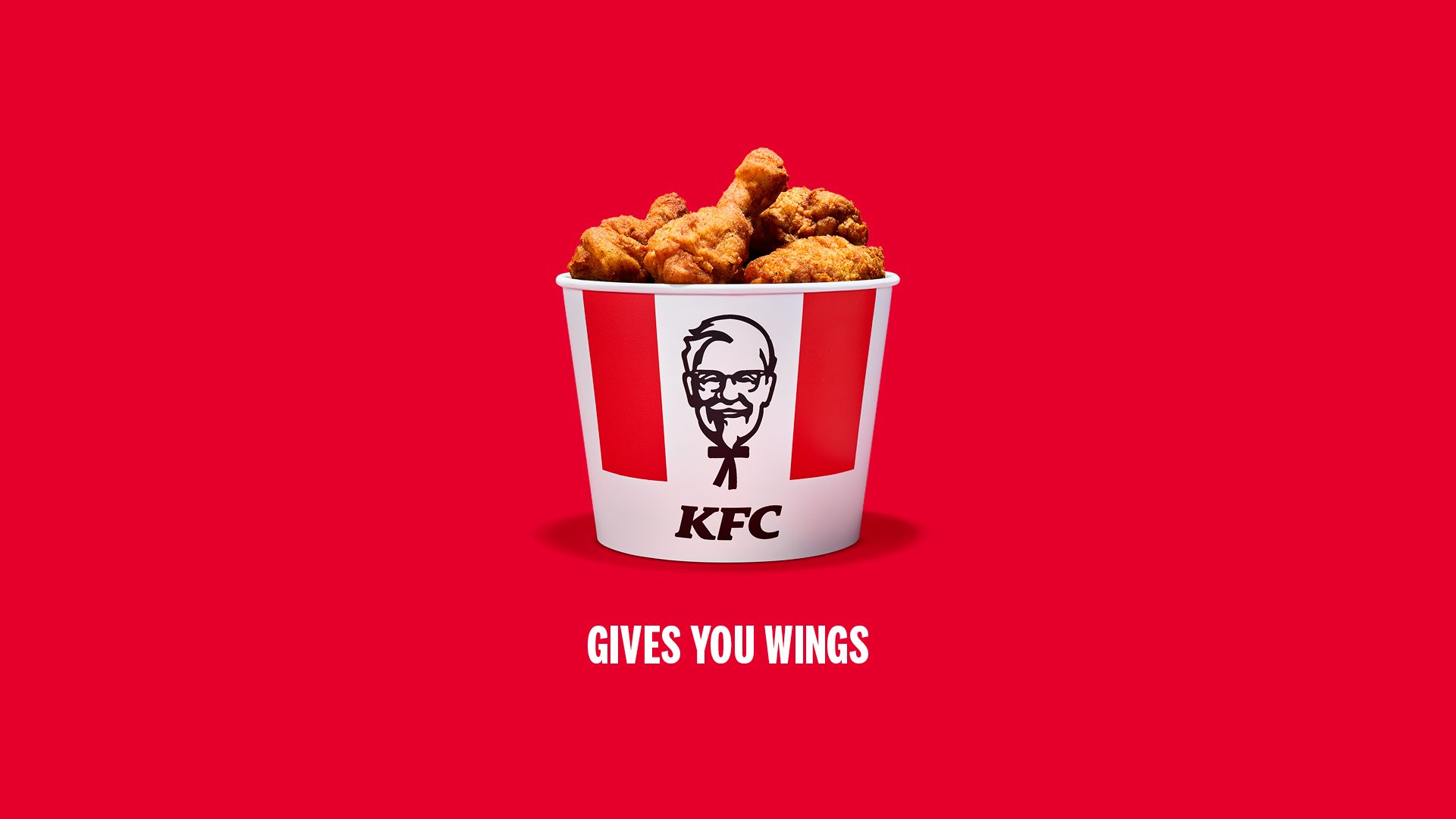 Eighty-five percent of school drama productions have been canceled in the past year due to the pandemic, and many kids still can’t perform together. So Cox Communications stepped in to help out by turning a middle school drama production into an animated film. The cable provider, agency 180 LA and director Patrick Osbourne of Nexus worked with the kids of the Thurman White Academy of the Performing Arts in Nevada to allow them to voice and puppeteer their own characters from home using facial capture technology. The film, “Drawn Closer,” will be released on Mother’s Day and the kids will even get a red carpet-style virtual premier.