READ THIS NEXT
Salesforce integration of AI platform Datorama hints at broader play
Who likes AI? Arthur Sadoun sure does.
Credit: DMEXCO via Youtube

A seasoned DMEXCO vet, I descended on Cologne this year with some trepidation. Like walking into a favorite restaurant and seeing the sign "Under New Management." There's always that concern that the recipes will be tweaked and the flavors will be unfamiliar. And yes, I encountered some of that. A couple of the halls were less populated, there was a notable reduction in non-German accents, and some of the faces were less familiar. But the content -- if not surprising -- was still strong, and the start-up energy was actually amplified, with lots of investors scrutinizing possibilities, which is the first of my four key takeaways from DMEXCO 2018:

The hype around this summer's tech stack race didn't slow down in Germany. Seemingly, nearly every large booth had a hidden "for sale" sign. And questions of "who's buying what" and "who wants to be bought" (answer: everyone) swirled. Private equity executives scoured the floor and filled up Cologne's Michelin-star restaurants. And attendees were buzzing about hot new deals, like Deloitte's purchase of Magnetic Media's AI platform; media agency Mediasmith's ownership buyout by its management team (with a goal to grow its consulting chops as more clients make buys in-house); and Singtel-backed Amobee closing its $100 million acquisition of Videology -- evidence telcos can't get enough of ad tech.

The frenzy isn't unwarranted: advertisers have in-housing and data control on the brain, but they're grappling with important questions over what to own in the first place, how to manage it once built, and how to interact with the right trading partners. They came to DMEXCO looking for answers. Whether they got them is up for debate, but what's certain is that companies of all stripes seemed ready to get creative about providing solutions through consolidation.

A block off the old chain?

Blockchain vendors abounded. And while still the topic du jour, it became clear around the cocktail circuit and on stage that some blockchain fatigue has set in. There was hunger for clarity and specificity. Speaker Christof Baron of Sanofi questioned blockchain's speed for programmatic and suggested alternative uses like post-transaction analysis. A frank panel presentation from Madhive's Adam Helfgott, GABBCON's Gabe Greenberg and Omnicom's Jonathan Steuer tackled the overblown hype head on, acknowledging the bubble that is quickly showing surface tension. (Full disclosure: Madhive is a MediaLink client.) Optimistically, they also used the stage to unveil a real-life use case of cryptography and blockchain addressing issues like transparency, fraud and the flaws of OpenRTB. As they said, we're in the "crawling" phase. The question on attendees' minds, though, remains, "when will we walk?" While most agree the technology is here to stay, expect a lot more demand for applications from brands, agencies and publishers.

By all accounts – and declared by at least a dozen dmexco speakers – AI continues its march toward world domination. This transformative tech, still in its infancy, is already having an impact on everything marketers need to accomplish. According to Publicis Groupe's Arthur Sadoun (and Marcel), AI can stitch together a global network of like-minded thinkers to create more efficient (and creative) output. Dr. David Weinberger suggested that AI might think better than people do. Disturbing? Perhaps. But like it or not, AI's stalker capacity will help keep marketing human and relevant. And that's not all. AI is going to help smaller companies compete with Google and Facebook. All it needs is a bit more experimentation and a lot more diversity.

Creative content and messaging isn't just going to get smarter and more relevant -- it's going to be easier to produce, and it will be far more intuitive on the drawing board and in market. At least that's the promise of Adobe's Sensei product (wait for it, Sensei appears around minute 9), which teaches itself to create content so smart, it can react to consumer behavior and context in real time. Ubiquitous AI plays a role here, of course, based on its ability to shape experiential marketing. Same holds true for IBM ix's CCO Billy Seabrook, who discussed how AI-driven automation improved customer experience and storytelling at Wimbledon this year, allowing an editorial team to build creative highlight reels based on the most remarkable, tech-selected moments of play.

The menu at DMEXCO is most certainly being adjusted, and it remains to be seen if it can regain the clientele that has been waning, albeit softly, for the past two years. But students of tech and innovation should still include this establishment on their lists of "musts." There is a lot to curate in these halls. And if you can't satisfy your appetite inside the conference halls, the warm hospitality, Kolsch and pretzels are reason enough to return.

Lena Petersen is the chief brand officer of MediaLink. 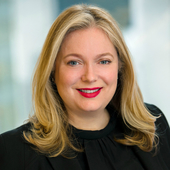