'Stranger Things' is one of Ad Age’s 2022 Hottest Brands for its strong brand collaborations
READ THIS NEXT
Watch: Inside America's hottest brands
Credit: Netflix

Despite pandemic delays and a multi-year layover between the third and fourth seasons of "Stranger Things," Netflix’s most popular franchise to date, there was no shortage of reminders that the fourth season, dubbed "Stranger Things 4," was coming. Heavily marketed during the interim, Netflix fed fan appetite with immersive experiences, pop-up retail shops and a multitude of brand collaborations that helped drum up fanfare ahead of the first installment of Season 4, which debuted on Memorial Day weekend. A second part of the split season landed a few weeks later on July 1.

“The fandom for the series doesn't stop at the end of a season,” said Josh Simon, VP of consumer products at Netflix. “We think they're really meaningful ways for fans to engage in-between seasons.”

It worked. Before the second set of episodes of the fourth season even debuted, the first installment of the most recent season became the most-watched English-language TV series in Netflix history. That success hinged in large part on the collaborations that made "Stranger Things 4" a fixture of popular culture discourse even before it officially premiered.

Brand partnerships with companies including Domino's, MAC Cosmetics, Quiksilver and more made "Stranger Things" culturally ubiquitous. The series even teamed up with backpack seller JanSport on a bag collection just in time for back-to-school season. That elevated brand awareness helped Netflix too, a boost any streamer would enjoy during a time of more consumer choice in the streaming space than ever before.

With the monumental success of the series under its belt, Netflix will now use its marketing savvy to spin out a cheaper, ad-supported tier—expected to debut as soon as the end of 2022. 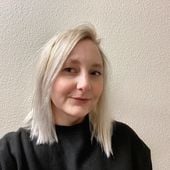 Amid pump-price trauma, GasBuddy is a friend indeed

Enter The Sandbox: Brands test their mettle in Web3 playground

How Quinta Brunson went from creator to sitcom star

Why Hoka is racing ahead of its sneaker rivals