Free Publicity But No Control for the Headphone Maker Koss
READ THIS NEXT
The 'Mad Men' Prop Auction: 5 Items You Need At Your Agency
An actor wears Koss headphones for a fictional commercial shoot in the season six premiere of 'Mad Men.'
Credit:

It seems almost unfair: Big brands like Lincoln Motor Co. and Johnnie Walker laid out big bucks for commercial time during the season premiere of "Mad Men," but Koss Corp. slipped into the script without paying a cent. And there was no DVR-powered skipping through the headphone-maker's airtime, either.

The downside for Koss, of course, was a total absence of control. 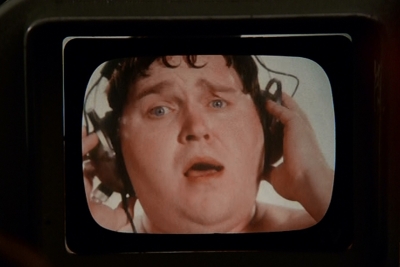 An actor wears Koss headphones for a fictional commercial shoot in the season six premiere of 'Mad Men.'

Koss, the Milwaukee-based company, only learned it was being used at the last minute and had absolutely no say on the matter. Like other brands written into the "Mad Men" universe, its executives didn't see the episode before it aired or have any input on a script that used Koss in a central way: to allow Peggy Olson to show off her creative and crisis-management chops.

CEO Michael Koss got word of his company's star turn from a newspaper article published a couple weeks before the premiere aired, leaving just enough time to try to take advantage of the appearance and try to figure exactly what the drama was going to say about Koss. After all, "Mad Men" doesn't always put the brands it features in the best of lights. Last season, a repugnant Jaguar client offered Sterling Cooper Draper Pryce its account only if he could sleep with Joan Harris.

So was Mr. Koss nervous? In an interview, he said there were some coincidences mentioned by the article that were a touch unnerving. Mr. Koss is not only a former ad agency guy but also a graduate of Wisconsin's Beloit College, which is name-checked on the show by creepy new account guy Bob Benson. That meant that his company, his alma mater and his former profession were all part of the script. (Koss headphones had also appeared in a season-five episode on the ears of Pete Campbell.)

"I thought: Is a writer on the show someone that I knew back then?" he recalled. "Oh my gosh, did I do something that somebody wrote me into the story? We were really curious."

After Koss reached out, the show's producers confirmed the brand had a role, but still wouldn't preview the episode for the company or reveal how it was going to be used. They did have Mr. Koss' son, the company's director of marketing, out for a tour of the set. And Mr. Koss was assured they'd be happy about the episode -- probably something they would not have told Jaguar last season.

In the days before the premiere, Koss' marketing team hustled to seize the moment, filling the company's Facebook page and Twitter feed with relevant content. They started a "Legacy Sweep-stakes" giveaway with prizes that include Koss headphones and retro posters signed by John Koss, who founded the company in 1953 and invented the first stereo headphones designed for music five years later.

In the end, Koss Corp. does come out looking pretty good. The episode depicts a Koss that is getting nervous over a popular "Tonight Show" bit about some U.S. soldiers making necklaces from Viet Cong ears -- just weeks before Koss plans a Super Bowl commercial with the tagline "Lend Us Your Ears." Under the gun, Peggy comes up with a new tagline: "Sounds so sharp and clear you can actually see it." 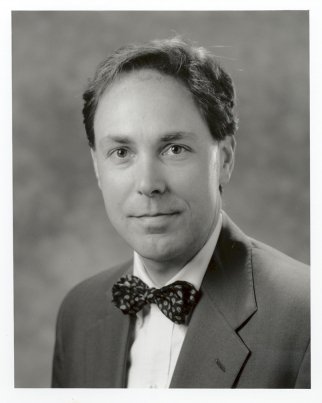 Although all this is fictional, Mr. Koss praises the show for its authenticity, a big part of which is having actual products on the show. And Mr. Koss should know. He logged some agency time in the early 1970s, not far from the era "Mad Men" depicts. Before he began his career at the family company, where he held marketing roles, Mr. Koss was a copywriter at a Milwaukee shop called Kloppenburg, Switzer & Teich. Among his clients were a local bank, a soda company and something called the Cheney Wecolator, which is a rather amazing name for a chair lift that carries disabled people up stairs.

Though never a Super Bowl advertiser, Koss has done TV ads, including a campaign starring former "Tonight Show" bandleader Doc Severinsen. Mr. Koss said those ads actually aired on Johnny Carson's show -- presumably far away from any bits on ear necklaces. There was also an early 1970s spot using a traveling matte to take the viewer into a Koss user's brain where an orchestra is playing. Koss' billboards are also famous, especially in Milwaukee. They've got their own Facebook page.

In the early days, John Koss had to advertise to just get people to try the headphones -- which were originally conceived of as a gimmick to sell a phonograph. Now, over half a century later, digital music has made headphones ubiquitous. There's a glut of brands, including some noisy upstarts. Celebrity headphones are all the rage, with a partial list including Beats (Dr. Dre), SYNC (50 Cent), Motorheadphones (Lemmy Kilmister of Motorhead), and Soul (Ludacris).

"There have been lots of fads in this business before, though nothing quite as big as the past few years," Mr. Koss said. "There have been some strident moves that have been very successful and have a lot to do with fashion."

"We just keep doing what we've been doing," he added. This time "Mad Men" was there to help get the word out.