'It Will Be Tough': Everything Advertisers Can Expect From Twitter's First NewFronts | Ad Age
Skip to main content
Sign In Register

'It Will Be Tough': Everything Advertisers Can Expect From Twitter's First NewFronts

READ THIS NEXT
NBCU looks to deliver brands the scale of traditional TV in streaming, but with a twist 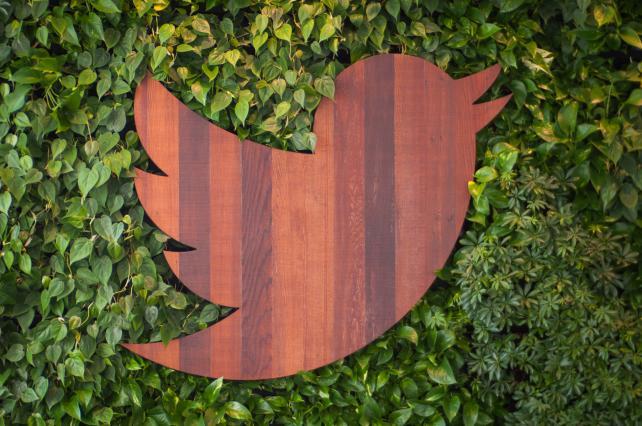 Twitter is facing its most challenging time with advertisers as it heads into its first ever NewFronts to show off its big digital video initiative.

Monday is when it will reveal its best video offerings in hopes of drawing advertisers from rivals like Facebook and YouTube in the coming months. To understand the magnitude of Twitter's challenge, look no further than its ad sales last quarter, which hit $284 million in the U.S., a two-year low.

At the same time, it's sitting at the center of media and politics as the main messaging stage for President Trump. It has seen relatively healthy user growth after revamping the service to get better at surfacing more relevant tweets to people. (It implemented an algorithm-based timeline, as opposed to a chronological one.)

Also, Twitter has video ambitions and media partnerships that promise to be at the heart of its first NewFronts. Here's what advertisers should know going in:

Is this thing on?
"Twitter is trying to get into original programming that's just available on Twitter," said a top advertising exec, who spoke on condition of anonymity. "They need to show advertisers more than just promoted tweets and promoted trends."

The advertising exec, who works closely with Twitter testing new products, did not know what new shows Twitter would unveil. However, Twitter wants to have enough content to fill a 24-hour live programming cycle, according to its CFO Anthony Noto, who recently discussed the ambition with BuzzFeed.

If it gets there, it's on the strength of partnerships with Major League Baseball and Bloomberg, which stream live games and programs. Last quarter, Twitter got 800 hours of live programs, according to its latest financial disclosures. That means it's a third of the way to round-the-clock live viewing.

NFL fumble
Twitter was dealt a blow when National Football League went to Amazon to stream games next season. "That sucks for Twitter," said one person familiar with the negotiations, speaking on condition of anonymity. "Twitter had the best presentation and the best technology."

Amazon won by throwing the most money at the NFL, to the tune of about $50 million -- money Twitter couldn't match. When Twitter streamed games last year it had a respectable audience of more than 300,000 live viewers a minute, but more importantly it built a sleek live video viewing platform and ad tech to support it with commercial breaks.

News you can use
News is becoming Twitter's most consistent category. Bloomberg got 11 million viewers throughout the first quarter, Twitter disclosed in its financial report last week. Bloomberg has three daily shows on the platform, an early example of how media can jump into the conversation there.

Publishers and TV networks are open to testing the waters on Twitter, Facebook Live, YouTube TV, Snapchat and wherever there is a prospect for new audiences and potential for ad revenue.

Twitter is attractive for other reasons, too, like its power as a center of politics and news.

"Twitter is getting punched in the teeth left and right," the publishing exec said, on condition of anonymity. "But the president was elected by the use of this platform."

But, is it safe?
"Brand safety" will be the term of the NewFronts for most every media presenter looking to assuage advertisers wary of wading into digital waters, where videos can be uncensored and consumer backlashes terrifyingly swift.

Indeed, YouTube's recent turmoil was not lost on Twitter: Brands backed off the Google-owned platform after ads were found running before objectionable content. At its NewFronts, Twitter will be talking about its media partners, now posting more videos with places to run ads before the content and in mid-roll positions, interrupting the content.

"Twitter is home to brand-safe video from hundreds of the world's top publishers," the company said in a recent blog post touting its video ad product.

Measurement and targeting
Twitter also has been paying attention to the ad industry's calls for more transparency and accurate measurement of how ads perform. Twitter has been working with agencies and brands to implement standards that make buying ads there comparable to television, with similar ratings systems.

To reach more people with ads, Twitter also has been amplifying videos on the platform, making sure they appear in more feeds. The platform has claimed its video ads are viewed by humans, not fake views, 99% of the time.

Tough sell
Despite its progress, Twitter will still be a tough sell. Advertisers are still not sold on its scale and want to reach more people. Facebook set an almost impossible standard with its main app's almost 2 billion monthly users and Instagram with over 700 million.

Twitter now has 328 million monthly active users. It was up around 9 million users last quarter -- the same amount of growth it saw all of the previous year.

And despite promises to the contrary, brand safety is not a given. While it has been taking steps to silence the most offensive voices on the platform and ban the worst actors, brands have been drawn into toxic conversations there. (Just ask Macy's, Toyota, Apple and Amazon how much they enjoyed a certain prolific tweeter's mentions of their brands.)

That said, Twitter appears to be curating a group of respectable media partners and letting brands say where they want ads to run.

"It will be tough," said a major media agency executive. "This is an increasingly competitive market. The positive is that user numbers are growing, which may give comfort to some. But momentum is key, and Twitter lost a lot of momentum with advertisers shifting momentum elsewhere."