Nestle Candy Brand's 'Bolder than Bold' Campaign Will Be Featured in 30-Second Spot
READ THIS NEXT
Amp spotlight: Who really won the Super Bowl? 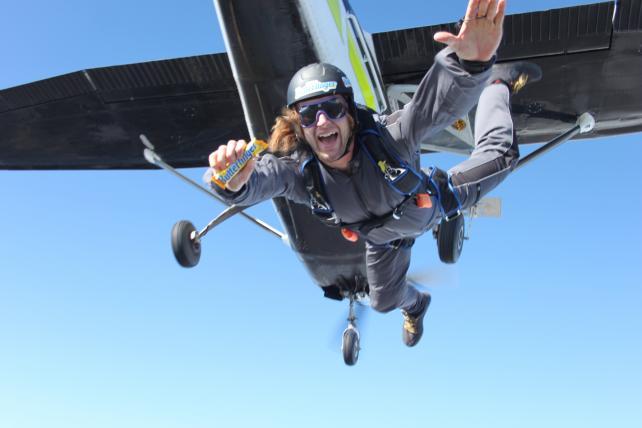 Butterfinger announced its return to the Super Bowl and a new "Bolder than Bold" campaign with a skydiving stunt that aired on Periscope on Tuesday.

The Nestle brand will return to the Super Bowl with a 30-second spot during the third quarter of the game set to be created by WPP's Santo and directed by Armando Bo, co-writer of the movie "Birdman."

The Periscope airing, the brand's first, left some viewers wondering what the news was. First, viewers looked at a video of a box of Butterfinger candy bars, with no voices or music. Then, a sky diver swooped in and landed well beyond a Butterfinger banner on the ground. Later, nearly five minutes into the airing, the sky diver walked onto the banner and announced the plans for a "Bolder than Bold big game ad." Plus, at least for some viewers (including this reporter), the video had to be reloaded multiple times.

Nestle said Butterfinger remains its only brand to advertise during the Super Bowl. Butterfinger first appeared in the 2014 game with a spot for its Butterfinger Peanut Butter Cups.

"Today's announcement is just the first step in Butterfinger's quest to take bold and make it even bolder in a way that is guaranteed to make you laugh," Kristen Mandel, Butterfinger brand manager, said in a statement.

According to Butterfinger, sky diver Carson Schram of NorCal Skydiving did a 12,000-foot free fall before announcing the ad plans. The spot set to air during the Feb. 7 game will focus on the new "Bolder than Bold" brand message.