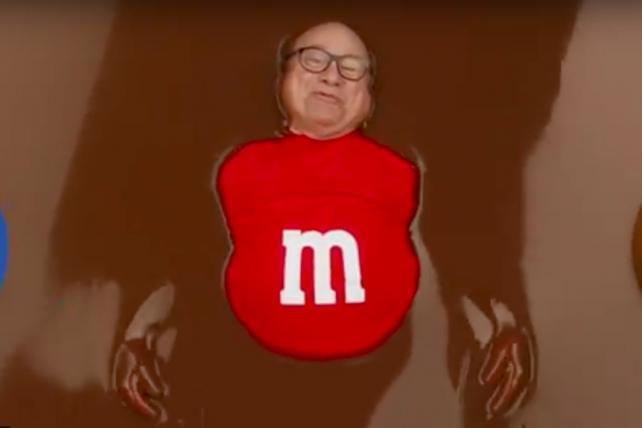 M&M's is returning to the Super Bowl with its fifth Big Game spot in the past decade.

The 30-second commercial, produced by BBDO New York, will air during the first commercial break following the kick-off of Super Bowl LIII on Feb. 3.

"You'll see the return of fan-favorite spokescandies, along with big news from the brand that we know fans will love," Allison Miazga-Bedrick, brand director at M&M's, said in a statement.

In the U.S. chocolate market, M&M's parent, Mars Wrigley Confectionery, is in second place behind Hershey Co. M&M's has been growing recently with the help of new flavors such as caramel, which debuted in 2017. This year, Mars Wrigley introduced white chocolate peanut M&M's and M&M's chocolate bars. Next April it plans to launch hazelnut spread flavored M&M's.

A spokeswoman declined to provide specifics on the creative, which products it might promote, or any celebrity appearances.

M&M's appeared to the Super Bowl in 2018 for the first time in three years with a humorous spot starring Danny DeVito.

DeVito played the humanized form of Red M&M, who complains about how people keep trying to eat him. The ad also featured the voice of Vanessa Williams as the brown M&M, and YouTube star Todrick Hall.

M&M's previously aired a commercial in the 2014 game starring Yellow M&M. In its 2013 commercial, "Love Ballad," Red professed his love with a romantic serenade. And "Just My Shell" in 2012 introduced Williams as the voice of Brown M&M.

In recent years, Mars has used the Super Bowl to promote its other brands, Snickers and Skittles. In 2017, Mars aired one commercial for Skittles, its third consecutive big game ad for the candy. It also ran a live commercial for Snickers staring Adam Driver in a western scene.