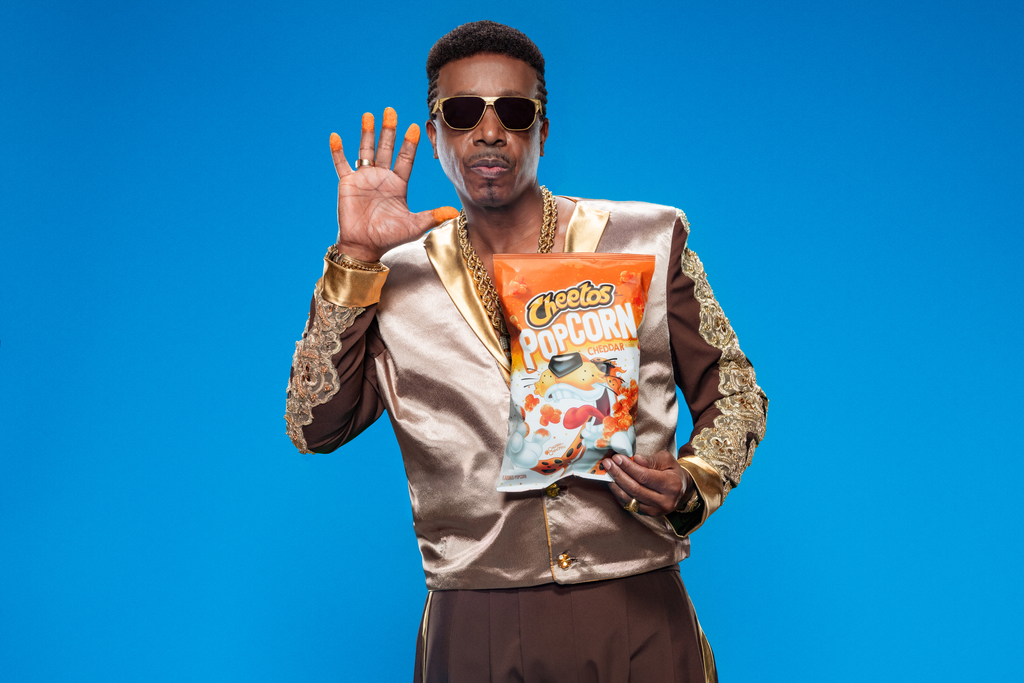 Cheetos has recruited MC Hammer to promote its new popcorn in an upcoming Super Bowl spot from Goodby, Silverstein & Partners.

A teaser released Thursday takes viewers back to 1989 and shows MC Hammer sitting at a piano, humming some musical bars, and clutching a bag of crunchy Cheetos.

As he prepares to touch the keys, however, there’s an issue: His fingertips are covered in the orange-red dust that comes from eating Cheetos, which the brand calls "Cheetle."

The 15-second teaser happened to drop days after “U Can’t Touch This” turned 30 years old. (Gen Zers and others who don’t know what we’re talking about, watch this. You’re welcome.)

Cheetos aired its last Super Bowl spot in 2009. The teaser and upcoming Super Bowl spot kick off a campaign Cheetos is calling “It’s a Cheetos Thing,” which showcases Cheetle. Frito-Lay largely left its trademark on the word unused for years, and is now promoting it as the name of the Cheetos dust, playing up the term on Twitter and elsewhere.

While Hammer holds Cheetos in the teaser, photos released Thursday show the product to be presented in the Super Bowl ad: the Cheetos popcorn unveiled last week. And yes, Hammer—who has played on his fame in other ads (3M Command hooks don’t need hammers) in recent years—wears Hammer pants in the photos and, presumably, in the Super Bowl spot.

Frito-Lay plans to run 30-second ads for both Cheetos and Doritos during the Super Bowl. The PepsiCo Inc. unit is no stranger to hiring famous singers to hype its snacks. Last year, Chance the Rapper appeared alongside the Backstreet Boys in a Super Bowl spot that updated the boy band’s “I Want it That Way” to sell Flamin’ Hot Nacho Doritos. And in 2018, Busta Rhymes appeared with Peter Dinklage in the first half of a two-part, 60-second Super Bowl spot that promoted Doritos Blaze chips. The latter half showed Morgan Freeman channeling the voice of Missy Elliott to promote Mtn Dew Ice.

Ad Age’s Marketer’s Brief podcast has more updates about the Super Bowl, and can be heard here.