Think the Super Bowl Is Over? Fox Starts Early Haggling For 2014 | Ad Age
Skip to main content
Sign In Register

Think the Super Bowl Is Over? Fox Starts Early Haggling For 2014

Will Fox Get Higher Prices For New York-Based Game?
READ THIS NEXT
Amp spotlight: Who really won the Super Bowl?

With chatter about CBS's broadcast of Super Bowl XLVII fading, News Corp.'s Fox has begun making early outreach to advertisers about next year's event, according to people familiar with the situation, as part of broader talks with marketers about supporting Fox sports-oriented media outlets. 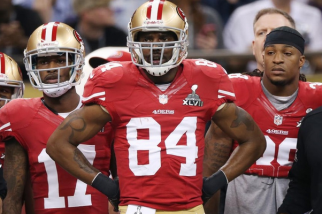 It's over ... for this year.
Credit:
David Benhaim/NFL

These talks also include Fox's coming Nascar broadcasts as well as the tentatively named Fox Sports 1, a national sports channel Fox has considered building from its Speed cable outlet, according to one of these people.

In these wide discussions, Fox executives have cited the New York setting for Super Bowl XLVII, and the excitement the location will bring to the proceedings, according to one media-buying executive familiar with the tone of the talks. This executive also suggested Fox would seek to secure an increase in the price of Super Bowl ad inventory.

Whether CBS's recent broadcast will ballast Fox's efforts remains to be seen. CBS saw ratings for Super Bowl XLVII decline from the year-earlier broadcast on NBC, the first time Super Bowl ratings have declined since 2005. An average of 108.4 million people watched the CBS broadcast Sunday, according to Nielsen, about 3% less than the average of 111.3 million who tuned into NBC's Super Bowl telecast in 2012. Fox's 2010 broadcast of the game secured an average viewership of 111 million. Ratings for NFL games have dropped a bit during the current TV season.

Those figures don't mean the Super Bowl's TV power has dimmed, however. At 108.4 million, CBS's Super Bowl was still the third most-watched event in TV history (following, not surprisingly, other Super Bowl broadcasts). With consumers able to jump to other screens, fast-forward commercials or watch their favorite programs in ways that make them harder to reach all at once, the Super Bowl remains a marketer favorite precisely because it thwarts all of those ad-undermining behaviors.

Even so, Fox could experience some advertiser pushback, according to the media-buying executive. "The economy is going to play a factor," this executive said. "It's hard to justify a big unit rate at the expense of other programming." This buyer suggested Fox would be within its limits to seek higher prices so long as the network did not chase eye-popping figures. CBS was able to secure an average of between $3.7 million to $3.8 million for a 30-second spot in Super Bowl XLVII, according to ad buyers. Certain sponsors agreed to pay more than $4 million in particular cases, according to the network.

In the past two years, the network hosting the Super Bowl has waited longer to announce a sellout of ad inventory. Both CBS and NBC have waited until the weeks just before the Super Bowl to call the event sold out, while Fox in October 2010 unveiled a sell-out of its 2011 Super Bowl broadcast. The shift indicates that advertisers are holding closer to their dollars in a still-uncertain economy.

Fox's approach to Super Bowl sales has typically centered around offering something new and intriguing to potential sponsors. In 2007, for example, Fox partnered with then-corporate sibling MySpace and the NFL to offer Super Bowl advertisers the chance to have an extended web presence around the event, suggesting a movie studio might use the various media to run extended trailers of movies previewed in Super Bowl TV ads.