Disney, Marvel ad buys could make for a Superhero Bowl 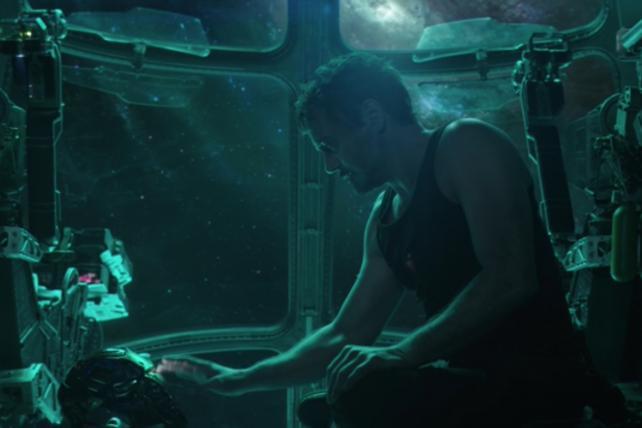 With two weeks and change until CBS broadcasts its 20th Super Bowl, the in-game advertising picture is coming together nicely.

We already know that perennial Big Game marketer Anheuser-Busch InBev is heavying up for Super Bowl LIII, committing to a slate of eight ads that will clock in at five minutes and 45 seconds. Five automotive marques have confirmed that they'll be suiting up for the NFL title tilt, while usual suspects PepsiCo (Pepsi, Doritos), Mars (M&M's) and Avocados From Mexico are also prepping new creative to air during the great national advertising showcase.

As in years past, however, the movie buys are a bit harder to pin down. CBS and the studios are keeping mum on how that particular category will shake out, which isn't terribly surprising. The network itself is beholden to binding non-disclosure agreements, while the moviemakers don't necessarily have their final game plans in place. Studio marketing heads often aren't entirely sure which creative they'll present until the zero hour; in fact, it's not unheard-of for the networks to receive the final cut of a teaser just a few hours before the opening kickoff.

Last week, CBS Corp. President and Chief Advertising Revenue Officer Jo Ann Ross said that along with beer, soft drinks, auto, and tech brands, movie studios are "very well represented in the game." Ross, who is selling her sixth Super Bowl at CBS, did not disclose how many trailers would appear during the Big Game, electing instead to reiterate that demand from the studios was strong throughout the selling process.

If precedent is any guide, we can expect to see anywhere from a half-dozen to nine in-game trailers, with studio investment accounting for as much as 10 percent of the overall dollar volume. In recent years, the dream factories with the most skin in the game have been Disney and its Marvel Studios subsidiary, as well as 20th Century Fox, Universal and Paramount. Films released in May statistically are more likely to earn a spot in the Super Bowl, while projects that open in June and early July are also considered worthy of the considerable expense.

Given the state of its 2019 release schedule, it would not be at all surprising were Disney to prove to be a near-ubiquitous presence during the CBS broadcast. Among the titles that might look to make a splash with the Super Bowl's 100 million-plus viewers are Disney's live-action "Dumbo," which arrives in theaters on March 29, and "Toy Story 4," a much-anticipated 3D spectacular set to drop on June 21.

If we were offering prop bets on which movie trailers were particularly likely to land a Super Bowl spot, we'd place a -1000 in the "yes" column next to Disney's live-action reboot of "The Lion King." (In other words, this seems like such a lock that a degenerate gambler who agreed with the proposition would have to wager $1,000 in order to win $100.)

Disney and Marvel accounted for three of the six in-game ads CBS booked back in Super Bowl XLVII, so a disproportionate buy from those studios is not off the table. Among the Marvel contenders for a starring role in Super Bowl LIII are "Captain Marvel" (March 8) and the follow-up to last year's hero-vaporizing "Infinity War," "Avengers: Endgame" (April 26).

Other candidates for a Super Sunday showcase include Paramount's animated feature "Wonder Park" (March 15), Universal's "How to Train Your Dragon: The Hidden World" (Feb. 22) and "The Secret Life of Pets 2" (June 7), and Fox's latest X-Men saga, "Dark Phoenix" (June 7). And in an evening that already seems as if it could be lousy with spandex-clad derring-do, Sony is expected to follow up on its Super Bowl LI push for "Spider-Man: Homecoming" with a pre-game unit devoted to the sequel "Spider-Man: Far From Home" (July 5).

Among the long shots in the field are Universal's "Glass," which is set to be released tomorrow, or a full two weeks before game day (Jan. 18); the Warner Bros. animated flick "The Lego Movie 2: The Second Part" (Feb. 8) and late-2019 titles such as the aforementioned "Star Wars" film, Warner Bros.'s "Joker" (Oct. 4) and Paramount's "Sonic the Hedgehog" (Nov. 8).

As much as a trailer for the "Lego Movie" sequel would make for a fine addition to the Super Bowl viewing experience, Warner Bros. hasn't ponied up for time in the game since 2006, when it exchanged $2.5 million for a 30-second "V for Vendetta" teaser that aired during Super Bowl XL. Units in this year's game are going for more than twice that amount; according to buyers, CBS is commanding as much as $5.3 million a pop for a half-minute of air time in Super Bowl LIII.