In Today's World, Digital Media Knowledge Is a Must; Here's Where to Find the Brightest Scholars

Educational establishments all over the U.S. now offer top-flight courses in digital media and marketing. Madison Avenue recruiters once regarded such skills as nice but not necessary, but it is now imperative that students be well-versed in rapidly changing media technology. So what schools are offering the best in digital education? We got the lowdown on the most notable institutions from hiring honchos across the digital-media space. While some schools cater specifically to portfolio carriers, others best serve data crunchers or anyone willing to merge science with the arts. A hugely subjective list, certainly, but it reflects those outlets mentioned most frequently by industry heavyweights.

Google the words "VCU Brandcenter" and blog-hosting sites TypePad and WordPress will throw up any number of online personal chronicles about the graduate classes offered there. For those looking to expand their digital skills beyond the rustic blog traditions, Brandcenter is the place to be. Run by ad industry luminary Rick Boyko, Brandcenter is planning to offer a new class in creative technology, starting in fall 2008. While not yet approved, it would delve deeper into the interactive field. 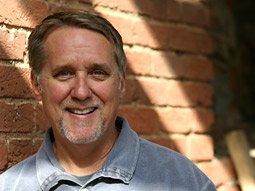 Ad industry luminary Rick Boyko runs VCU's Brandcenter.
"The one missing element is the person who can show how it [ads] can go mobile and provide a much deeper interactive experience," Mr. Boyko says, explaining why the new course is a necessity. Of course digital-age strategies and tactics come as part of the general two-year graduate program. "We require our creative students to have a website by graduation," says Mr. Boyko. Meanwhile, would-be strategists, creatives and brand managers are provided with an overview of software packages such as Flash and Adobe Dreamweaver. "All students also get a class called 'Visual Storytelling', which involves use of electronic media to communicate brand messages," he says.

The school currently houses 180 students, split evenly between first and second years, with 12 full-time faculty and staff on hand. The school would be able to accommodate another 20 students if the new creative technology class gets off the ground. Separately, the school often helps real-world brands polish their identities. The Tourism Industry of America, for example, turned to VCU students to come up with a new website concept, which was executed by digital shop Tribal DDB.

Brandcenter, which began life as Adcenter back in 1996, counts Kevin Proudfoot, co-executive creative director, Wieden & Kennedy, New York, among its star alumni. "I was there for the first class," says Mr. Proudfoot, who graduated in 1998. "What attracted me was that it was the first time a school was set up to run like an agency and there was the element of strategy and involving clients. They've been at the forefront of partnering with business and merging creativity with solving a business problem." Mr. Proudfoot is now at the forefront of digital media himself, working on all-encompassing branding projects for sports net ESPN, among many others.

Headed by the godmother of new media, Red Burns, ITP is not strictly an advertising program, but rather a melding of creative and scientific talent. R/GA CEO Bob Greenberg has high praise and employment contracts for standout graduates of this course. (He's also on the Dean's Council Advisory Board of the Tisch School of Arts.) ITP Chair Ms. Burns, who has lectured in new media at New York University since the 1970s, explains, "We don't train people for advertising, we train people to be creative and imaginative. We want them to explore the use and value of technology." Graduates -- drawn from fields as diverse as dance, music, literature and computer science -- are allowed to retain rights to projects they create in class.

In the case of Dennis Crowley and Alex Rainert, the class provided a forum to work on and then later sell a mobile social networking site, dodgeball.com. Google acquired the site in 2005. Mr. Rainert, who worked at R/GA as a freelancer while studying at ITP, is about to take up a new position as director, multiplatform user experience at New York-based interactive shop Schematic. Mr. Rainert says the ITP course runs the gamut from art-centric to product-centric: "I don't think ITP specifically prepares people for advertising/agency life, but it does get people thinking about the intersection of technology and interaction and how the two can be used to create compelling experiences. ... It just so happens that interactivity is becoming a huge part of advertising that will only continue to get bigger. The experience one gets at ITP is very well suited to pushing the limits of what can be done in that realm."

The 230 students are taught by eight full-time staff and 40 adjunct professors. "They go back to the country of origin and they go to work Microsoft and everything in between," Ms. Burns says.

"We don't train students who can create games," says Art Center adjunct associate professor Rick Bursky. "We train them to think about advertising. Then you [recruiters] are hiring someone who knows the process from beginning to end. Other schools help you put a portfolio together." Mr. Bursky, who is also an associate creative director at DDB, Los Angeles, says a typical assignment for his class, "Introduction to Copy Writing," might involve a student writing three newspaper or magazine ad headlines and three flash banner ads. The idea is to help students realize that online, headlines have to do something, says Mr. Bursky, explaining how students must involve the reader by requesting a ZIP code in exchange for some piece of knowledge. But he downplays the amount of technical knowledge needed to create effective interactive ads. "Do we have to teach art directors to be flash developers? No." He suggests the most able students are the ones who can do a bit of everything, from outdoor billboards to online to radio spots, and can work on the increasing number of integrated accounts.

4. UNIVERSITY OF TEXAS AT AUSTIN DEPARTMENT OF ADVERTISING

"It's a field that is changing so fast that any school not trying to stay in front of the curve is falling behind," says U.T. ad professor Jef Richards, commenting on the difficulty of staying up-to-date with new-media applications in the marketing world.

Assistant professor Terry Daugherty teaches interactive media as part of the UT Austin's undergrad program in advertising.
Mr. Richards claims that University of Texas is more than up to the challenge, given that the school offered the first interactive class anywhere in the world, creating a website as early as 1995. "Most programs focus on the management side of advertising, and then others the creative side. Our program does both." Assistant professor Terry Daugherty teaches interactive media as part of the undergrad program. He previously worked for eLab, one of the country's foremost e-commerce research centers, based at Vanderbilt University. As part of the advertising course, students can progress on to such subjects as research measurement, digital metrics and online privacy. "We teach them how to make decisions about placement, tracking consumers, analyzing click-through data; it's a very practical-oriented course," says Mr. Daugherty, adding that students also get to intern and form strategies for digital-only campaigns.

Boasting locations in such hip cities as Madrid, Hamburg and Sao Paolo, Miami Ad School has pan-continental communications down pat. "Each classroom is equipped with two monitors for two-way video conferencing. The work is on one screen and on the other screen are the students, which helps us create forums," says Pippa Seichrist, the school's co-founder. The video conferencing enables students to work as teams from remote locations -- as they would at a real agency -- though Ms. Seichrist points out that many ad agencies aren't even this wired.

Video conferencing technology at Miami Ad School enables students to work as teams from remote locations, much like at real agencies.
At Miami Ad School's last portfolio review in New York, 82 of the 96 ad agencies that attended said they were looking for graduates who understood interactive thinking, adds Ms. Seichrist. To get a sense of where Miami Ad School graduates end up, look no further than the best-in-class digital ad boutiques. Seven recent graduates landed jobs at San Francisco agency AKQA, while New York-based R/GA and Digitas, based in Boston, also took in students.

Wired ad shops are attracted to the new-media thinking the school encourages. For example, a project for Food Network involved the design of an interactive bus shelter that was heated during winter to simulate an oven, and recipes for a turkey dish were disseminated to cell-phone carriers at the bus stop. In a separate class, students came up with project ideas for Virgin America Airlines, Wrigley and New Balance. Students were asked to design digital campaigns that increased awareness via viral videos, digital billboards and microsites. For Virgin, one student came up with the idea of customizing flights so that people with similar interests, upon filling out more detailed online reservation forms, could be seated together. Former student Slav Nikolov, now art director at Goodby, Silverstein & Partners, worked at a web agency in Bulgaria for four years before attending the school. Now working on the Doritos account developing online ideas, Mr. Nikolov says, "Back in Eastern Europe all the web work was about production and design, but nobody was turning too much attention to the strategy and the idea behind the projects. That's what Miami Ad School gave me."