Scheduling still matters, and here’s where the season’s greatest battles will be fought
READ THIS NEXT
NBCUniversal takes its upfront from Madison Ave to Main Street with '30 Rock' reunion 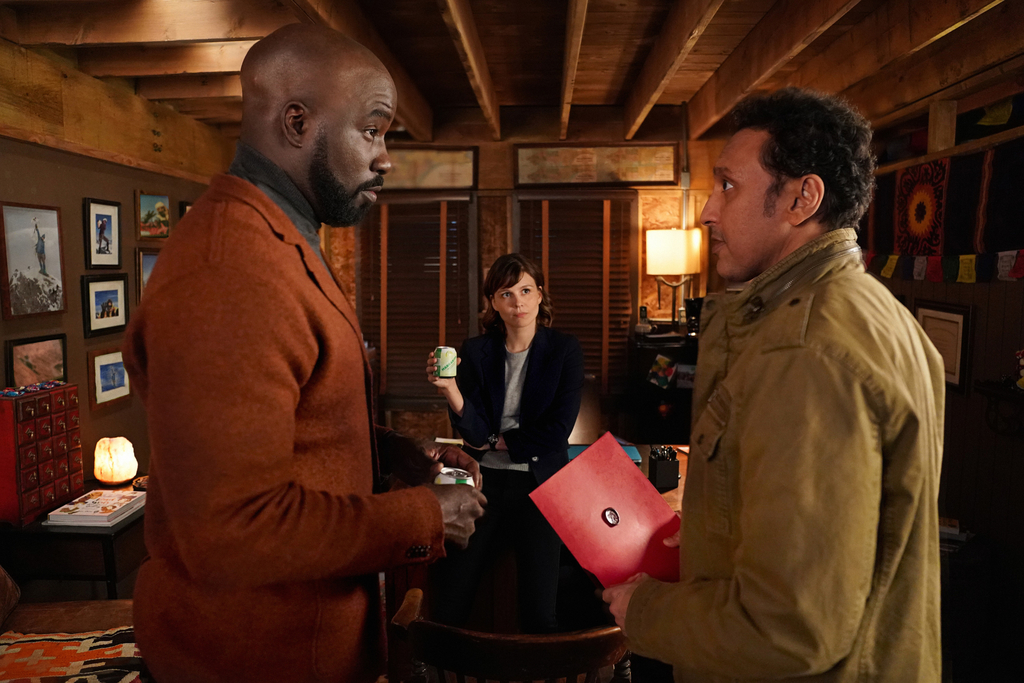 The depredations of ad-free streaming services like Netflix and the everything-on-demand dynamic may have diminished the overall impact of the broadcast primetime schedule, but rapidly evolving viewership trends haven’t entirely robbed network time slots of their significance.

A strong lead-in still provides a new series with its best shot at drawing a big audience out of the gate, and counterprogramming remains an effective means by which to out-gun the competition in select hours. The network that wins the battle for live viewers also drives the most commercial impressions among demographically desirable consumers, who, given the 75 percent DVR skip rate, are unlikely to see your ads in playback.

Commercial retention aside, time slots are also still useful in determining how ad inventory within a given program will be priced. With an average rating of 0.8, the scripted series that aired this season in the 10 p.m. slots on NBC, CBS and ABC were generally far cheaper buys than the shows that occupied the earlier hours. As it happens, 10 p.m. is also the oldest-skewing slot on the dial, as younger viewers tend to move to streaming platforms or play catch-up via DVR during the final hour of prime.

Much like the narcotic allure of flicking through channels with the remote and never really landing on anything, the primetime grid eventually will vanish like so many other things that once seemed so essential to the medium. For the near-term, however, network scheduling abides. To that end, here are five of what promise to be among the most hotly-contested time slots on the fall broadcast schedule:

The sports-centric Fox network will air just eight weekly hours of general-entertainment programming, and newcomer “Prodigal Son” isn’t being asked to perform any miracles in the slot abandoned by lead-in “9-1-1” at the end of its sophomore season. A pitch-black psychological drama about a criminal profiler (Tom Payne, late of “The Walking Dead”) and his serial-killer father (“Masters of Sex” star Michal Sheen), “Prodigal Son” shares a strand or two of snarled DNA with Fox’s 2013 hit “The Following” and NBC’s “Hannibal.” (It also boasts the upfront season’s best throwaway line in Payne’s rather literal reading of, “I’ve got to give him a hand.”)

“Prodigal Son” will benefit from leading out of Fox’s highest-rated scripted series in the aforementioned “9-1-1,” and as a Greg Berlanti project, will likely have an easier time attracting younger viewers than CBS’s new legal drama “All Rise.” Featuring Simone Missick of the Marvel Cinematic Universe (she starred in Netflix’s “Luke Cage” and appeared in the affiliated shows “The Defenders” and “Iron Fist”), “All Rise” at first blush seems as if the skin of an ABC drama had been stretched to fit the bones of the archetypal CBS procedural. Viewers looking for a drama with a somewhat lighter touch (“The defendant is not wearing any pants!”) or who may otherwise be disinclined to bear witness to the spree-murder excess of “Prodigal Son” will likely choose CBS, but in the battle for the 18-49 set, Fox should carve out an edge over its rival.

Fox Entertainment CEO Charlie Collier told reporters last week that the network is making a priority out of “giving ‘Empire’ the send-off it deserves,” but the shift to the Tuesday 9 p.m. slot puts the hip-hopera on a collision course with TV’s top-rated drama. Since its phenomenal freshman season run, during which it delivered a 5.9 C3 rating and fetched as much as $450,000 per ad unit, “Empire” has fallen back to earth. The show closed out its fourth season with a 1.5 average C3 rating, which marks a 28 percent decline vs. its year-ago delivery and a loss of 75 percent of the commercial impressions it served up during its inaugural run.

Although it’s understandable why Fox has chosen to sacrifice its departing series rather than run the risk of putting newcomer “Prodigal Son” or “Not Just Me” in the line of fire of the Pearson family saga, “This Is Us” will make short work of “Empire.” Of course, there is still plenty of time for Fox to recalibrate its fall roster—if nothing else, slotting the perplexing “Not Just Me” after the unscripted hit “The Masked Singer” seems like a woeful misallocation of resources—but if the schedule plays out as it was presented to advertisers last week, “Empire” will close out out its six-season arc with a sad chorus of kazoos rather than a triumphant aria.

It goes without saying that “Young Sheldon” will suffer somewhat from the loss of its “Big Bang Theory” lead-in, but the thing is, there’s no way to quantify how much of a drop is in store for the spinoff. CBS sagely nurtured “Sheldon” as the successor to Chuck Lorre’s towering multi-cam, and as such, the prequel/spinoff rarely aired without a fresh installment of “Big Bang” behind it. The two times “Sheldon” bowed after a “Big Bang” encore—and both instances were scheduled during the show’s freshman season—its week-to-week deliveries slipped by just 3 percent.

But, sure: “Young Sheldon” probably will lose a good deal of its protective cover. Then again, as a third-year show spawned from a beloved property that now exists only in a mediated past tense, “Sheldon” boasts the sort of pedigree that should allow it to establish itself as TV’s No. 1 comedy. As for “The Unicorn,” while it’s understandable that the death of a spouse may not seem like the most fertile ground in which to cultivate a garden of giggles, the show’s cut-down was the most warmly received comedy offering of Upfronts Week. Also, Walton Goggins, who stars in it, can do no wrong, and the inspired pairing of comedy mutants Rob Corddry and Michaela Watkins should go a long way toward reassuring advertisers that “Unicorn” won’t depress viewers to the point that they stop buying things.

In the interest of moving things along, CBS really has very little to worry about here, given the sort of numbers its comedy competition tend to put up on Thursday nights. While Mike Schur’s “The Good Place” unquestionably deserves its cozy berth below decks of the HMS Funnybones, the company it keeps is far from ideal. Leading out of the off-key “Perfect Harmony” won’t do anything to earn “The Good Place” a bigger audience, and while “Sunnyside” appears to be an ensemble effort worthy of a callback to earlier NBC creative triumphs like “Parks and Recreation” and “Community,” the Peacock’s Thursday chuckleblock poses no threat to CBS’s roster.

According to Nielsen live-plus-same-day data, CBS’s two-hour comedy window this season more than doubled NBC’s deliveries of adults 18-49 in the same window. Unless Patricia Heaton inexplicably declares a fatwa on baseball, hot dogs, apple pie and Keanu Reeves, that power dynamic will not change in any meaningful way.

Another likely win for CBS, which with “Evil” prepares for its first in-season foray into supernatural drama since “Ghost Whisperer” called it quits in 2010. No cutdown elicited a noisier response during last week’s upfront presentations than this Michelle and Robert King effort, which promises to serve up a hackle-raising stew of demonic possession and unbridled psychopathy. And as if sleep terrors and jump scares aren’t enough to drum up a good deal of early sampling, “The Good Wife” creators drop a little taste of nightmare-nonpareil Michael Emerson into the mix just to bring the creep-out factor to a boil.

As much as Dick Wolf’s “Law & Order: SVU” has long been a formidable foe to any show that airs opposite it—no drama makes it to 21 seasons without punting a whole lot of demographic rump—the Thursday 10 p.m. slot is a two-horse race. “SVU” aside, “Evil” this fall will square off against ABC’s lowest-rated returning drama in “How to Get Away With Murder,” an already sputtering veteran series that historically has given way to even less impactful programming (“For the People,” “Quantico,” “The Catch”) in the spring.

The poet William Carlos Williams once turned to free verse to make the claim that “so much depends upon a red wheel barrow glazed with rain water beside the white chickens,” and in that same spirit, may we suggest that so much of Fox’s fall schedule depends upon steroidal motormouths bashing each other with fists and folding chairs on any given Friday night.

Since the year began, the WWE’s Tuesday-night card on USA Network has averaged 2.11 million viewers and an 0.7 rating in the adults 18-49 demo, and while that’s a tick shy of what Fox delivered this season with “Last Man Standing,” “The Cool Kids,” “Hell’s Kitchen” and “Proven Innocent,” bear in mind that the broadcast network is available in nearly 30 million more homes than the cable channel. Meanwhile, as the WWE property prepares to make its Fox debut on Oct. 4, the Murdoch-owned outlet will be tirelessly promoting the wrestling showcase via its high-rated NFL windows.

ABC will counterpunch with three programs (“American Housewife,” Fresh Off the Boat,” “20/20”) that last season averaged a 0.7 rating, while NBC’s combo of “The Blacklist” and “Dateline” eked out a 0.6 in the demo. The lineup to beat is CBS’s “Hawaii Five-0”/“Magnum P.I.” luau, which last season averaged a 0.8 rating; having shelled out $1 billion for the rights to “SmackDown Live,” it’s hard to imagine Fox (or its advertisers) being particularly enthralled with anything shy of a 1.2.