China's Herborist Aims to Be a Global Natural Skin-Care Brand

As head of marketing for China's only premium cosmetic brand with international ambitions, balancing the diverse needs of Chinese and western consumers is a tricky task for Subrina Liu, but one she has dreamed of for years. Herborist plans to expand into North America next year, when Ms. Liu will probably move to the U.S. to spearhead that launch. 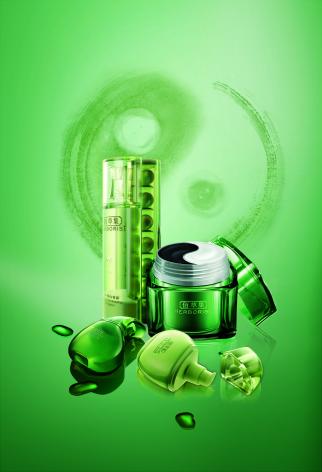 Herborist, owned by the Chinese cosmetics group Jahwa, is based on Chinese traditional medicine techniques that have also passed modern scientific lab tests. The brand was created more than 110 years ago in Shanghai and its heritage shows. Even Herborist's light green packaging reflects Taoist roots with yin-yang imagery created by Chinese designers.

The traditional medicine concept is welcomed by well-heeled Chinese women, but largely lost on westerners, who Herborist woos in other ways. Overseas, Herborist's positioning is closer to popular organic and herbal-based French brands like L'Occitane and L'Oreal-owned Biotherm, and Australia-based Jurlique. In fact, Herborist already has a niche following in France.

Starting with that overseas market back in 2008 was a smart move for Jahwa. France has strong cultural ties to Asia, including China, and its approval standards for beauty products are higher than most countries, including the U.S. Herborist is now available in other European markets, entering the U.K. this summer.

"France is famous for its skin care. If we are accepted there, it's easier to be accepted globally," said Ms. Liu, who is one of Ad Age's 2015 Women to Watch China honorees.

She joined Jahwa in March 2015 as deputy general manager for Herborist. Beyond overseeing marketing, she is leading the brand's international expansion.

In fact, Jahwa's ambitious plans for Herborist are the reason she joined the company. Like many Chinese women today, Ms. Liu loves to travel internationally, particularly to visit archeological sites, and she is eager to live in other countries. Beyond wanderlust, however, Jahwa's deep pockets and hopes for Herborist provide a unique opportunity.

"China is still the base of the brand, we have to be strong here first, but I've dreamed of making a Chinese brand international and Herborist is ready," said Ms. Liu, whose background combines a strong understanding of China's beauty market with international experience.

Previously, she was marketing and sales director for the beauty division of Zwilling J.A. Henckels. Before that, she spent almost three years with Unilever, working with the Chinese oral care brand Zhonghua plus international brands Clear, Comfort, Cif and Domesto. 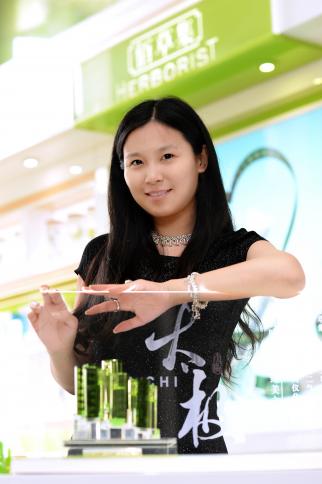 Herborist's publicly-quoted parent Jahwa reported 2014 sales of $858 million, up almost 20% from the previous year. In China, Herborist is the No. 7 cosmetics brand at department stores, and the only Chinese brand, and ranks No. 1 in the natural segment, according to China Market Monitor.

Herborist relies on a mix of traditional and social media, working with Yindu Ogilvy, Ogilvy PR and Universal McCann. This year Herborist targeted the mass market by sponsoring a live reality TV show called "Set Out, Love," starring four couples going on adventures that demonstrate their love for each other. The sponsorship was leveraged into point-of-sale materials in stores, and targeted younger consumers through social media featuring the four couples. The company said the show raised brand awareness and gave a big boost to the launch of a new product line, Herborist facial masks.

Ever lived abroad: Just got the green card through EB1 (outstanding talent immigration) last year, and plan to stay in the U.S. in the future.

Best advice you've ever gotten: One is from my mentor/Nestle boss: work hard, work smart and work together. The other is from Steve Jobs in his presentation: Your time is limited, so don't waste it living someone else's life.

If you could have dinner with anyone living or dead, who would it be? Emperor Tang Xuanzong, who made China very prosperous in the Tang Dynasty but in the later part of his life, he would rather give up everything for his beloved woman.

Do you know someone worthy of an Ad Age Women to Watch Europe award?