Defense may win championships, but shootouts are a lot more fun to watch
READ THIS NEXT
Amp spotlight: Who really won the Super Bowl? 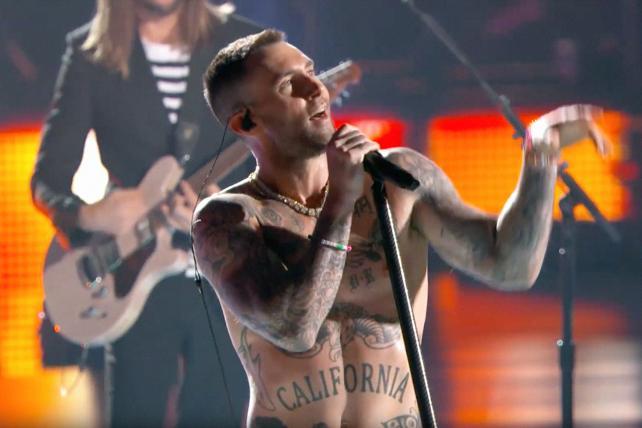 Andrew Whitworth spoke for many NFL fans last night as he tried to articulate how he felt in the aftermath of his team's 13-3 Super Bowl loss.

"At the end of the day, we're all going to die," the Los Angeles Rams offensive tackle said—and perhaps his tacit reminder that the Big Dirt Nap awaits each of us was the only rational response in the face of what was one of the most dispiriting, uninspiring Super Bowls in recent memory.

And while the results of Super Bowl LIII won't leave anyone at CBS or the NFL scrambling for the cold comfort of a funeral shroud, the ratings suggest that millions of Americans may have opted for a little extra slumber rather than endure the entire enervating game.

CBS's broadcast of the Patriots-Rams stalemate averaged a 44.9 household rating in Nielsen's 56 metered markets, which marked a 5 percent decline compared to last year's 47.4, and the lowest overnight since 2009. As it happens, that Steelers-Cardinals nail-biter marked the last time a Super Bowl failed to average more than 100 million viewers.

The preliminary deliveries were similarly depressed, although as is the case with all live TV events, the West Coast numbers aren't suitably represented in the early sampling. That said, the directional-at-best early data puts the CBS in-game audience at some 87.7 million viewers, of whom around 36 million were adults 18-49. Last year's preliminaries tallied an audience of 92.5 million total viewers and just under 40 million members of them demo, numbers that were adjusted up to 103.4 million viewers and 43 million adults 18-49 in the final reckoning.

Official linear and streaming stats will be issued later this afternoon. From this early vantage point, however, it would appear that last night's defensive slog will mark the first sub-100 million-viewer Super Bowl broadcast in a decade. (NBC's presentation of Super Bowl XLIII averaged 98.7 million live-plus-same-day viewers.)

Should the final deliveries demonstrate a significant year-over-year decline, that would run counter to the NFL's season-long ratings narrative. A boom in offensive production and a wealth of close games helped lift the regular-season ratings by 5 percent, while the 10-game playoff series was up 10 percent.

That casual fans may have elected to tune out early should come as little surprise, given the plodding pace of the game. Through the end of the third quarter, the score was deadlocked at 3-3, and the first touchdown wasn't registered until New England's Sony Michel ran one in with seven minutes left to go on the game clock.

The Rams' failure to score a single touchdown was remarkable, given that the team finished the 2018 season as the NFL's eleventh all-time scoring offense. But the Patriots' defense was relentless in its pursuit of Los Angeles quarterback Jared Goff, sacking him four times, intercepting him once and limiting him to just 229 yards in the air and a 57.9 passer rating.

Tom Brady fared only slightly better than his younger counterpart, racking up just 262 yards and an interception while finishing up with a meager 71.4 passer rating. Still, this performance was sufficient to earn Brady his sixth Super Bowl ring.

With a grand total of 16 points on the scoreboard at the final whistle, Super Bowl LIII now stands as the lowest-scoring NFL title tilt in history. The Pats and Rams combined for 14 punts. This was nobody's idea of a good time.

Of course, CBS doesn't make ratings guarantees to its Super Bowl advertisers, and as such, it is not going to be on the hook for any perceived under-deliveries. If anything, the weaker turnout may be more of a burden for Fox to bear, as pricing for its broadcast of Super Bowl LIV will be shaped by this year's ratings.

The average rate for a 30-second unit in last night's game was around $5.2 million a pop. According to preliminary Kantar Media estimates, in-game ad spend was $382 million, which would make it the third-highest haul on record. Kantar last year eyed NBC's take at $408 million; per Comcast SEC filings, the actual figure was $423 million.

Kantar said the total ad and network promo load in Super Bowl LIII was 49 minutes and 45 seconds. That accounted for nearly one quarter (23 percent) of the CBS broadcast.