BuzzFeed to businesses: Let us tell you what millennials want | Ad Age
Skip to main content

BuzzFeed to businesses: Let us tell you what millennials want

The company has invented products for brands as part of its push to find new revenue sources
READ THIS NEXT
Rethinking TV attribution: The full-funnel approach 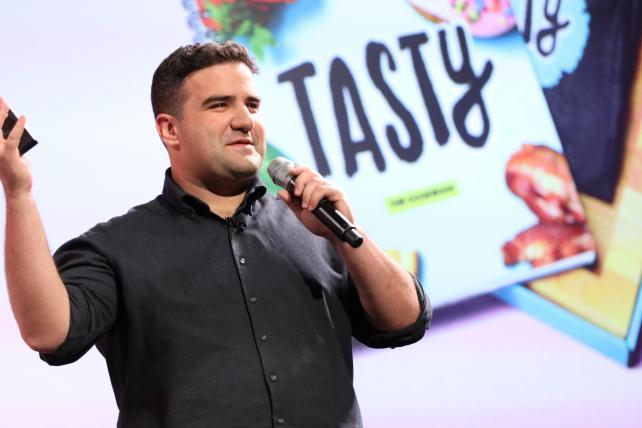 So the company turned to one of the most renowned experts on millennial behavior, BuzzFeed Inc. But Scotts didn't just advertise on the site, known for its viral quizzes and lists. Scotts worked with a more obscure part of BuzzFeed focused on inventing new product ideas.

The result was a subscription service for Scotts called Lunarly, which mails houseplants and wellness items based on the lunar calendar. Since launching in July, Lunarly has repeatedly sold out, bringing hope that the garden company can make inroads with younger consumers.

At the center of the commerce effort is a BuzzFeed executive named Ben Kaufman, a 32-year-old serial entrepreneur with a reputation for creating youth-friendly products.

For Scotts, Kaufman's team assembled some 40 experts -- including engineers, a horticulturist and a Brooklyn woman who lives with 700 houseplants -- for a weeklong brainstorming session in December at BuzzFeed's New York headquarters. The session was similar to "Shark Tank," with a panel of experts narrowing down a list of product ideas each day, according to Ziegler.

Kaufman's 65-person team has generated about $50 million in sales this year from deals combining commerce and advertising, according to a person familiar with the matter. But it's hard to tell how big such a labor-intensive process can ultimately become for BuzzFeed.

Kaufman previously ran a startup called Quirky that brought people's invention ideas to market and cut deals with companies like General Electric Co., Mattel Inc. and Amazon.com Inc. But it ran out of venture capital funding and was forced to shut down. (Kaufman says Quirky "flamed out" because it relied too much on big-box retailers to market its products.)

BuzzFeed could use a boost. Two years ago, the company was valued at $1.7 billion and its prospects seemed bright. But the digital-media industry has gotten tougher since then. The company laid off 100 people last fall and shut down its podcast team in September.

Before BuzzFeed investors can find an exit through a sale or public offering, the company needs to prove it can develop a diverse mix of revenue from creating TV shows and films, commerce, and licensing or merchandising.

In an interview, Chief Executive Officer Jonah Peretti declined to discuss his company's revenue for 2018, but said it's on pace to rise by a double-digit percentage. Commerce "is definitely a big part of our revenue growth," he said.

BuzzFeed hopes that helping invent products can deepen ties with advertisers and capitalize on its audience data. The idea for Lunarly came after a BuzzFeed employee saw posts about mindfulness were popular on the website and a horticulturist noted that some plants only grow during certain times of year.

'What the World Needs'

The idea is to turn the usual advertiser relationship on its head, Kaufman said in an interview.

"Companies make a thing, then tell media companies, 'Please tell the world about this,"' he said. "It should work in a more collaborative fashion. We should say, 'Here's what we think the world needs. Can you make this?' And go back and forth."

Typically, brands pay BuzzFeed to help develop a product and then agree to spend money advertising on its site. BuzzFeed may also take a cut of the sales.

For Maybelline, BuzzFeed came up with the "Fundle," or a bundle of items for the beach, including a towel, lip balm and mascara. For Taste Beauty, BuzzFeed created "Glamspin," which serves as both lip gloss and a fidget-spinner toy.

In high school, Kaufman started an Apple accessory company called Mophie that was best known for the Mophie Juice Pack, which doubles as an iPhone case and battery. He sold the company in 2007 and spent the next decade launching various startups, including one that sold emoji-themed pool floats and another made scented "homesick candles" that smelled like the states people were from. (A candle for someone who just moved from Georgia smells like peaches, for example.)

The bulk of BuzzFeed's commerce revenue comes from its online posts like "23 Products on Amazon Our Readers Are Loving Right Now." Several other media companies, including the New York Times, which owns Wirecutter, have similar businesses that take a cut of the sales when people buy a product in a review. BuzzFeed also licenses its Tasty and Goodful brands for home and kitchen appliances sold at Walmart and Macy's.

On most days, Kaufman can be found inside a Manhattan store a few blocks from BuzzFeed's offices. The storefront has no signs and the windows are covered with brown paper to ensure maximum secrecy. Inside, there are 3-D printers for making prototypes of pots and pans, electric saws, and merchandise like the "Dad Bod Bag" -- a fanny pack resembling a man's belly. This is BuzzFeed's Product Lab, where it tests many of its ideas.

Next month, Kaufman plans to open a new retail store called Camp on Fifth Avenue that will be filled with toys, clothing and accessories. It'll be the first of a nationwide chain of stores that will change their theme every few months.

The first store will initially have a summer-camp theme, with columns disguised as trees and employees dressed as camp counselors. Kaufman will run the store separately from his job at BuzzFeed, which is one of its investors.

To Kaufman, the line separating media companies and brick-and-mortar stores is being washed away, with little difference between foot traffic and web traffic.