The 2020 elections are expected to see an unprecedented amount of advertising spending. Projections from Group M estimate a record-setting total of $10 billion, so the stakes for buyers and sellers have never been higher.

As marketers map out their advertising plans leading up to the election, one thing is clear: The traditional focus on linear television is now an outdated strategy, and one that leaves an entire generation out of the conversation.

According to Connected GenZennials: The CTV-First Generation’s Impact on the 2020 Elections, a new report from Telaria, connected TV (CTV) is the key to reaching undecided GenZennial voters ahead of the 2020 presidential election. This influential group of 18- to 29-year-olds will reach 52 million by 2020, accounting for nearly one-fifth of the American voting population. It further unearthed data and trends that bust three common myths about political advertising and audiences.

Myth #1: Linear TV is the best way to reach voters

Although politicians still pour billions of dollars into linear TV ads, cable subscriptions are steadily declining. “Nearly one-third of total households aren't paying for a cable or satellite connection at all,” says Karen Ring, head of research at Telaria, the leading software platform for video publishers. “More households are now enabled with streaming capabilities than cable,” she adds. “We're at about three-quarters of all households now, and soon we'll be at 80 to 85 percent, the point that signifies market saturation.”

The numbers are even more significant among GenZennials, who lead the connected TV revolution. They spend 50 percent more time streaming content than watching traditional TV. Interestingly, this preference for CTV extends to ads, with 66 percent of GenZennials finding CTV ads to be relevant and informative. The positive impact of CTV even continues after the ad is over, with 80 percent of GenZennials taking two or more actions after seeing a digital video political ad. This includes conducting more research on issues and candidates and watching more candidate videos.

Furthermore, growing up with social media means GenZennials only know a world in which the advertising speaks to them. CTV offers the richness and premium environment of TV, backed by the targeting capabilities advertisers love about social media. 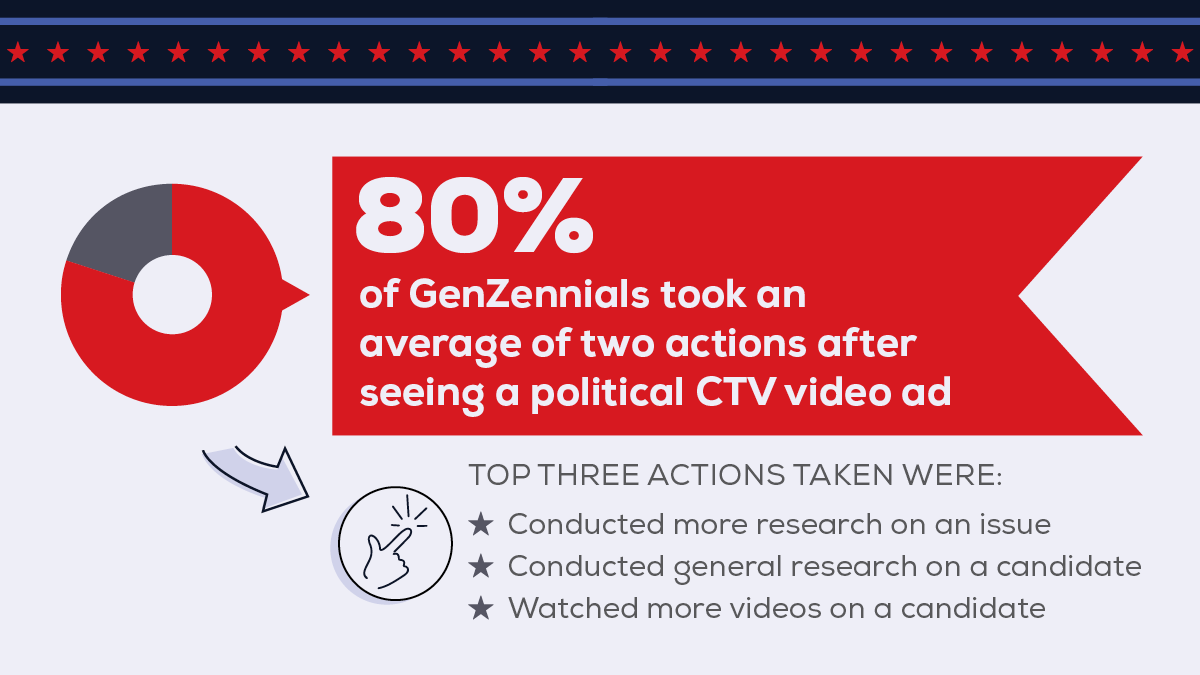 History has shown that young voters are more apathetic and apolitical than older generations, but GenZennials are quickly retiring this old trope. According to the survey, 88 percent plan to vote in the upcoming primary and 92 percent plan to cast their ballot for president. For advertisers, the time to reach these voters is now—only half of GenZennials have already formed a party affiliation, and 60 percent pay attention to political ads more than six months before an election.

It’s no surprise that this digitally savvy, mobile-first generation relies on digital news to gather information on issues and candidates. They rate digital sources equally as important as cable news channels and significantly more important than traditional news sources. And, to educate themselves, GenZennials want to hear directly from candidates through video. In fact, they list streamed live events as the single most important video or TV resource for obtaining information on candidates leading up to the election. The second is hearing directly from the candidates in campaign ads. 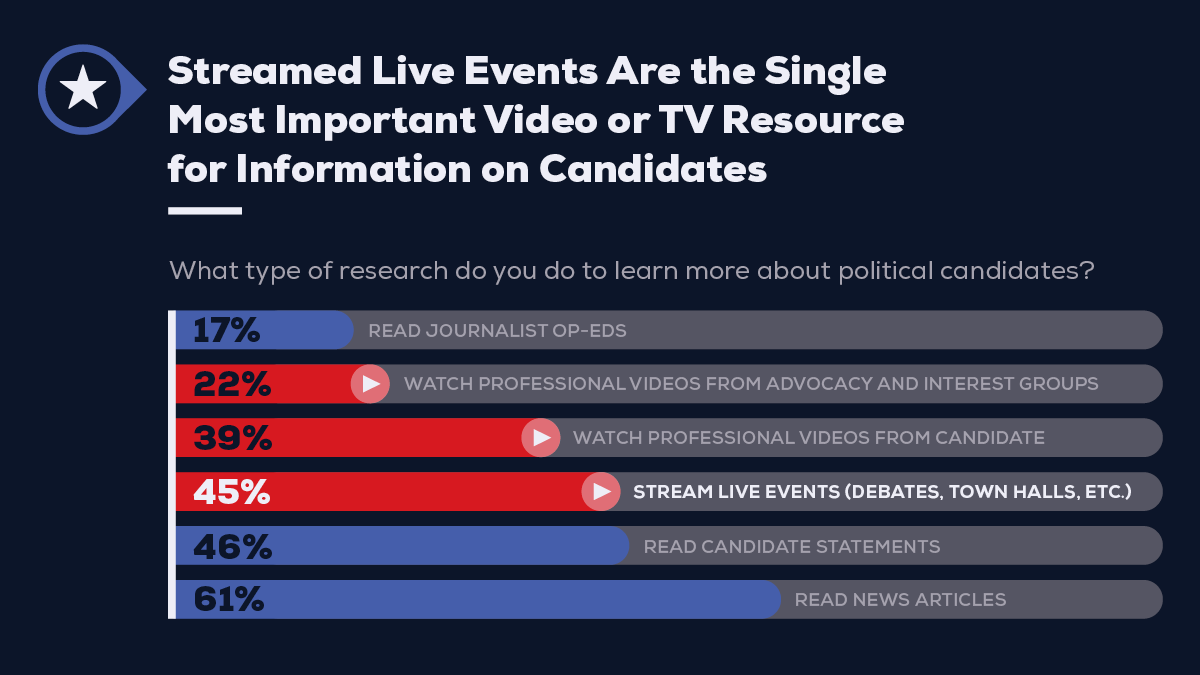 Not so fast. Advertisers relying on social media will find a large audience, but one that’s more suspicious and dismissive of political messages. The Cambridge Analytica scandal and a proliferation of fake news on Facebook, Twitter and other platforms have eroded the public’s trust—especially this generation’s.

“Social media is still a big source of news and information for GenZennials, but we shouldn’t confuse usage with trust,” says Ring. “This generation doesn’t believe social platforms are dedicated to eliminating fake news, and 63 percent don’t trust social media political advertising at all.”

Eighty percent of GenZennials say there is too much fake news on social media, and 76 percent don’t think social media companies can stop fake news from appearing on their platforms. Sixty-four percent of GenZennials trust news they see on TV more than what they see on social media. With easy one-click campaigns and audiences at critical mass, social media is an enticing target. But ad dollars dedicated to these platforms will find audiences that are less receptive to political messaging—their mistrust of the platform feeds their mistrust of the advertising. 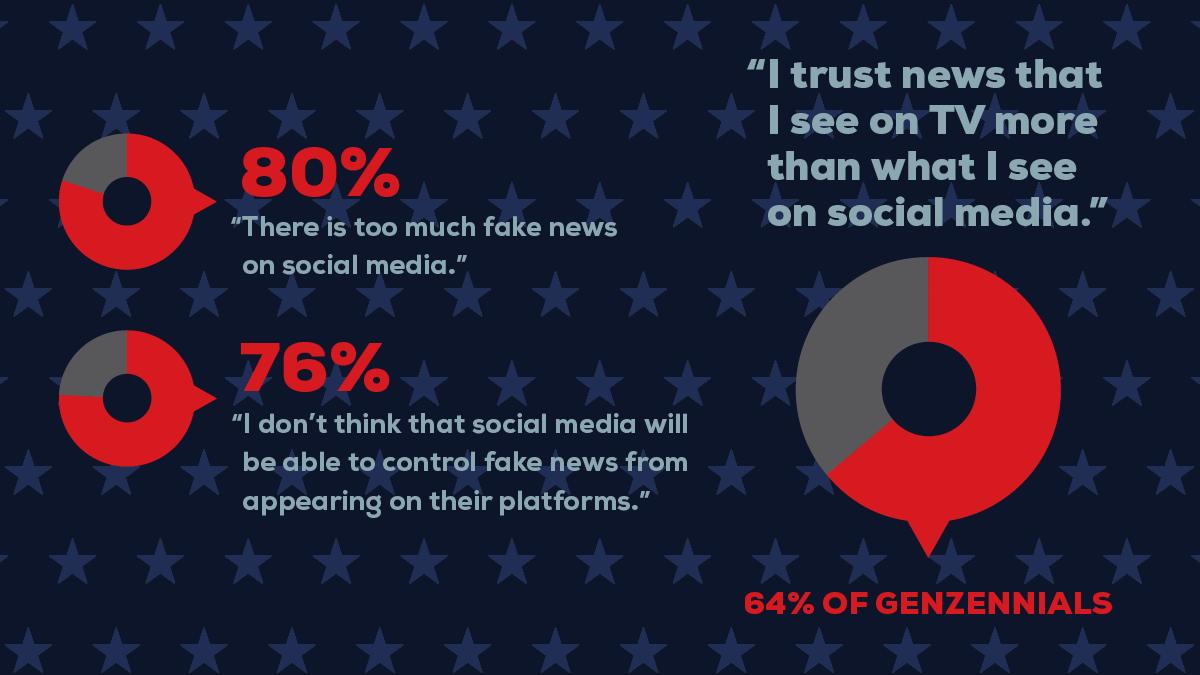 The shifting tide in media consumption is staggering and suggests the need for meaningful changes in marketing strategy. As more consumers switch their allegiance to CTV, advertisers must similarly pivot to keep up.

Telaria’s Audience Connect suite of video targeting products makes it easy for advertisers to reach the right viewer in the right context through three key ways, across all devices:

Download the report for more insights into how advertisers can effectively reach GenZennials leading up to the 2020 presidential election.

Telaria, Inc. (NYSE:TLRA) powers the future of TV advertising with proprietary, programmatic software that optimizes ad yield for leading video publishers across desktop, mobile and CTV. Telaria’s clients include the most innovative video content publishers across the globe such as Hulu, SlingTV, SonyVue, PlutoTV, TubiTV, Singtel, Australia’s Channel Nine and Channel Ten, and Brazil’s Globo. Telaria is headquartered in New York City and supports its global client base out of 13 offices worldwide across North America, EMEA, LATAM and APAC. 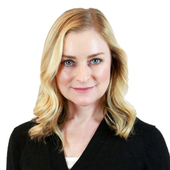 As Chief Marketing Officer, Jennifer Catto oversees Telaria’s global marketing, communications, and research initiatives. Jennifer is an award-winning media executive with 20 years of leadership experience at both emerging and established companies. Most recently, she served as Senior Vice President of Integrated Marketing at Evolve Media. Prior to that she was Vice President, Head of Branded Entertainment and Partnerships at Say Media where she directed a new agency model that married programmatic capabilities with integrated marketing for the entertainment industry.