Whether you’re introducing a new fragrance for men, unveiling the latest model in your automotive line or promoting the premiere of a blockbuster film, how you launch to the public makes a huge difference in how successful these products, services or brand messages ultimately become.

Done well, launches can stimulate interest, generate buzz and boost sales. When executed poorly, however, they can tarnish a brand’s reputation.

How important is launch strategy? Twitter partnered with Bain & Company to find out. The findings show that making the right kind of splash is critical to the long-term success of a product, service or message.  A successful launch is especially important in a world where hundreds of new products are introduced each day. According to Bain, the number of launches increased an average of 27 percent per company in 2018 over the prior year; the food and beverage industry alone introduced an average of 55 new products each day.

At the same time, this research found the window of opportunity for launches to succeed is rapidly shrinking. Items that don’t prove their value through robust initial sales are pulled from shelves, new services lose momentum and brand messages disappear more quickly than ever.

Despite these dramatic changes in the market, more than half of the companies Bain surveyed haven’t changed their launch tactics much over the past two decades—while those that have deployed a sophisticated approach to launches are reaping the rewards. In our survey, brands that used the best practices had revenue growth rates up to two times higher than those that didn’t consistently use those tactics.

In the survey earlier this year, Twitter and Bain set out to determine the factors that go into a successful launch. Bain interviewed more than 650 senior marketing executives from leading U.S. brands and identified the key tactics of launch leaders—the top 15 percent of brands surveyed that reported successful launches along with growth in revenue and market share over the last year.

From this research, five strategies were identified that separated the launch leaders from the rest of the pack and that had the greatest impact on successful launches:

1. Learn before you launch.

While many marketers still rely on their gut instincts, launch leaders identify and understand their target audience before the big reveal. These leaders are 2.4 times more likely to employ social listening on platforms such as Twitter before launching; as a result, they are more than twice as likely to understand what resonates with their audiences.

Launch leaders are more than twice as likely to express a distinct point of view during a launch and create emotional connections with their audiences. This helps them stand out from more cautious competitors. But authenticity is important. Social listening can play a key role in crafting a message that looks and feels real.

3. Influence is more important than reach.

Launch leaders enable their biggest advocates to spread the word about their new offerings. They know the power of sharing resonant messages with the people most likely to extend their content reach. Leaders also know the value of viral content, and that’s why they’re 2.4 times more likely to create shareable collateral, which helps ensure the launch’s success.

Launches are no time to be timid. The most successful product, service or brand message introductions leverage multiple channels simultaneously and invest more heavily early in the launch, up to and including day one. Launch leaders are nearly twice as likely to launch on three or more channels at once, and the most successful use an average of six—including digital social media such as Twitter, display ads and paid search, and traditional print, direct mail and public relations campaigns.

Very few things in life go according to plan, and launches can be especially unpredictable. That’s why launch leaders are nearly three times more likely to keep a close eye on every channel during a launch and make adjustments to their strategy on the fly. But making that happen requires having the right talent—launch leaders are 2.5 times more likely to have analytics staff on hand and to coordinate operations across marketing teams.

In April 2019, Bain interviewed more than 650 U.S. marketers and CMOs across companies varying in size from $10 million in revenue up to multiple billions. It then used the data to identify the “leaders”—marketers with a pattern of successful launches as well as revenue and share gains over the past year. The broader sample set includes both large and small companies, with many Fortune 500 and 100 organizations represented across industries. The leader methodology allows Bain to not only see how all companies are trending, but also to isolate the behaviors of companies that are winning through market share or revenue gains. This methodology reveals both the strategies leaders are using as well as the tactics that are the largest differentiators for a given capability.

The article Five successful strategies for launching something new first appeared on Twitter. 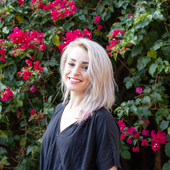