How brands can reach real moms, not mom influencers

Moms are tough, but it’s even tougher being a mom. With unrealistic expectations dominating a lot of their social media feeds, it’s no wonder they look for a space where they can be themselves.

Moms want the freedom to talk openly and honestly about the real challenges they face. And moms who want the best for their kids make products and brands a natural part of the conversation. Twitter offers marketers an opportunity to connect with moms when they’re truly being open and honest.

Moms on Twitter include everyone, from young moms trying to figure out how to tend to newborns to more seasoned moms watching over restless teenagers. And they use our platform often: 48% of moms on Twitter visit the platform daily, while 83% are here weekly.

Parenting is a key component of what moms consume and share on Twitter. In fact, according to a recent U.S. study, they’re two times more likely to have posted about parenting than moms who use a different social platform.

For moms, Twitter can be a crucial way of staying connected and engaged with others.

I don’t usually tweet personal stuff but I just busted up three fights between kids, applied first aid, and fixed a toy all in the time I was just trying to make a sandwich. #momlife #LockdownLife

A connection to the outside world

Any mom can tell you that motherhood can sometimes feel like a bubble; but for many, Twitter is a constant companion. It’s a link to what’s happening outside that bubble.

What do moms want to know? According to a recent survey, moms on Twitter report using the platform as a vital source of news (78%) in addition to a place to find parenting tips and advice (63%). And in this new normal, moms also turn to Twitter for keeping up with the latest COVID-19 news, ahead of other platforms (39%).

A place to be seen and heard

The most important part of Twitter for moms is the conversation. It creates a community where they can be real about the fact that being a mom isn’t always as glamorous as it’s often portrayed. Twitter offers them a space where they don’t have to hold back—78% of moms who use Twitter believe their voice will be heard.

Twitter is where they can talk about whatever is on their minds. It’s where moms admit that they’re exhausted, that they can’t get their kids on the right sleep schedule, and that there really isn’t one answer to the perennial diaper rash. But that conversation doesn’t just take place between moms and other moms.

A place to connect with brands too

Brands can play a key role in the mom conversation.. Moms overwhelmingly control the household purchasing power. In fact, over two-thirds of moms on Twitter are solely responsible for household purchases. But what’s so unusual about Twitter Moms is how open they are to interacting with brands that they buy. In fact, 64% of moms on Twitter follow brands, and over 80% of moms who follow CPG brands on Twitter say they sought out more information about a CPG product after seeing an ad for it on Twitter.

@Pampers really knows when struggling moms need to hear an affirmation. Thanks for doing what you do 💜

Get on mom's good side

Building a relationship with moms requires authenticity. This makes Twitter the natural place to engage with them openly and honestly about the real experiences, wins and challenges they face in motherhood. Moms are ready for messages that bring them support in and from the “mom bubble.” Make sure your brand is a part of the conversation. 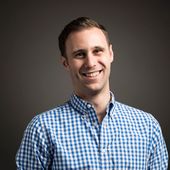 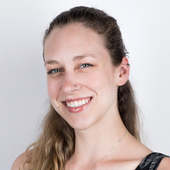 Kelsey Capobianco is a US ad research analyst on Twitter’s Marketing, Insights & Analytics team. Follow her on Twitter @kelseycapo5.