With few movies in production, celebrities had plenty of spare time and made good use of it with memorable work
READ THIS NEXT
The 30 best creative brand moves of 2020 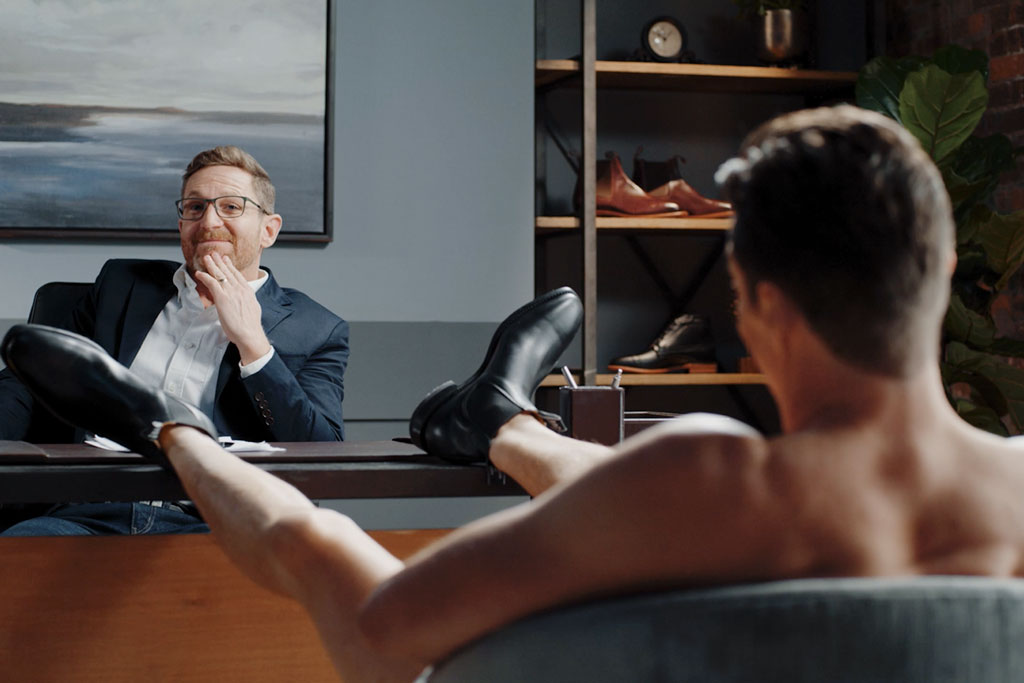 Celebrities have lots of time on their hands because they aren't making movies. But they have spanned the social distance necessary to make 2020 a banner year for ad appearances. Unusual star power—such as bringing the likes of Patrick Stewart and Mark Hamill together for their first ad appearances—gave people something positive to remember about the year.

Of course, there were also some odd and unofficial brand-celebrity pairings. Consider Donald Trump’s White House lawn sendup for Regeneron’s monoclonal antibody treatment of COVID-19, turned into a classic ‘80s direct-response spot by the Lincoln Project. And who can forget Four Seasons Total Landscaping in Philadelphia, thanks to Rudy Giuliani’s odd choice of a venue for lobbying unsupported election fraud allegations? A month later, Four Seasons was still drawing tourists and selling T-shirts, thanks to Giuliani.

But with so many high-profile brand-celebrity pairings this year, there are better (and more intentional) examples. And here are the best:

Yes, Reynolds and his Aviation Gin and Mint Mobile brands are ubiquitous. We’ll give the nod to the Mint Mobile pairing, because those ads scored atop the top 10 (!) in recent Ace Metrix surveys. That said, Ryan Reynolds seems to be doing more advertising than David Droga these days.

Ryan Reynolds’ agency, Maximum Effort, have also been cranking out some impressive work for Reynolds’ faux feud foil Hugh Jackman, including this social spot, in which Jackman appears in nothing but his R.M. Williams boots.

Sense a pattern? Give a celeb an ownership stake (e.g. Ryan Reynolds and Aviation Gin/Mint Mobile) and it seems to produce successful pitch partnerships, too. As a board member and franchisee, O’Neal has been a big part of Papa John’s rebound. The Shaq-a-Roni pizza he pitched also sold more than 3 million units and raised more than $3 million for charities in less than two months this summer. Camp & King handled.

Not often does a celebrity pairing move the needle for a brand as big as McDonald’s. But the Travis Scott meal became one of the chain’s best-selling menu items, related exclusive merchandise sold well and it all got credit for a strong third quarter that boosted sales 4.6%. Maybe it’s time for McDonald’s to put Scott on the board.

In a brand pairing that broke all sorts of barriers – like putting Stewart and Hamill in ads for the first time, and converging the "Star Wars "and "Star Trek" franchises for the first time outside J.J. Abrams’ mind—Uber Eats landed the ultimate Star Power for its campaign.

This one was conceived and shot before the pandemic after a Procter & Gamble Co. executive heard Schumer talking about tampons on her Netflix special. It’s a natural pairing that seems likely to last years, particularly given that Tampax sales have accelerated.

Snoop Dogg has found his beach, and Corona sales, a surprise winner in retail despite the coronavirus connection, remain booming since the ads from MullenLowe went on air in August.

It’s been a rough year for beauty brands and hard-to-shoot ads. But home hair color is doing quite nicely, and L’Oreal Paris had the smart idea of having Eva Longoria put on a self-care tutorial from home with help from McCann Paris.

LiftMaster and Schafer Condon Carter reached deep into the past and grabbed Ferris Bueller supporting star Alan Ruck to point out the value of a good high-tech remote-controlled garage door.

Dog toys don’t get much play in commercials, much less celebrity endorsements. Playology, which makes toys for senior dogs, changed all that by enlisting Jon Lovitz as a curmudgeonly dog hater in this spot from BigEyedWish.

Naomi Osaka for Beats by Dre

Beats by Dre turned twice to tennis star Naomi Osaka, known for using her celebrity to support Black Lives Matter by, for example, wearing face masks bearing names of Black people killed by police or vigilantes. In the most recent spot from Virtue Worldwide, her hair has a beaded message: “Silence is Violence.”

Apple helped make John Hodgman a celebrity years ago in his role as the hapless embodiment of PCs in some of the most beloved ads of all time. Apple brought him back for an encore at its "One More Thing" event.

Related Article
Why celebrity advertising is thriving in the pandemic
Alexandra Jardine
Tampax gets Amy Schumer to pitch tampons
Jack Neff
Marketers of the Year No. 2: McDonald's
Jessica Wohl