Absolut Serenades from Afar by Taking Caroling to Social Media

This holiday season, everybody’s favourite Swedish vodka, Absolut, brings the heartfelt tradition of caroling out to the masses by composing 25 original Absolut Carols from actual tweets. VMLY&R, the brand’s global social AOR, is behind the campaign, titled #AbsolutCarols.

Creating a modern interpretation of the Christmas Carol for the digital and the distant age Absolut turned to Twitter gathering the most original tweets from a year of conversations and caroled them to “Deck the Halls”. Just in time for the holiday break, Absolut went caroling tweet to tweet – surprising people with videos of their tweets, sung by real carolers.

“Holiday traditions have us wanting to encounter caroling far more than we actually do, especially in a year when we can all use some cheering up. So, this year we’re bringing caroling to a place where it’s accessible and able to be enjoyed by everyone,” says Doron Faktor, group connections director, head of social media, VMLY&R.

“During the holidays, everyone is fighting for your attention. And a lot of brand content interrupts, especially in the vodka category,” said Absolut’s Global Social Media Lead Ylva Lundberg. “We wanted to create something entertaining that consumers can enjoy, while celebrating together. And more importantly – invite them to create some really original holiday memories at home, featuring our #AbsolutCarols.”

“Since the 1980s, Absolut has collaborated with world-renown artists, activists, and creatives. But for these carols, the brand collaborated with every type of vodka-lover (and hater) they could find on Twitter.”

“We considered it a timely, authentic and unexpected execution – perfect for social. An opportunity for Absolut to create something together with our community. And at the same time, sprinkle a bit of joy online ahead of the holiday’s.” 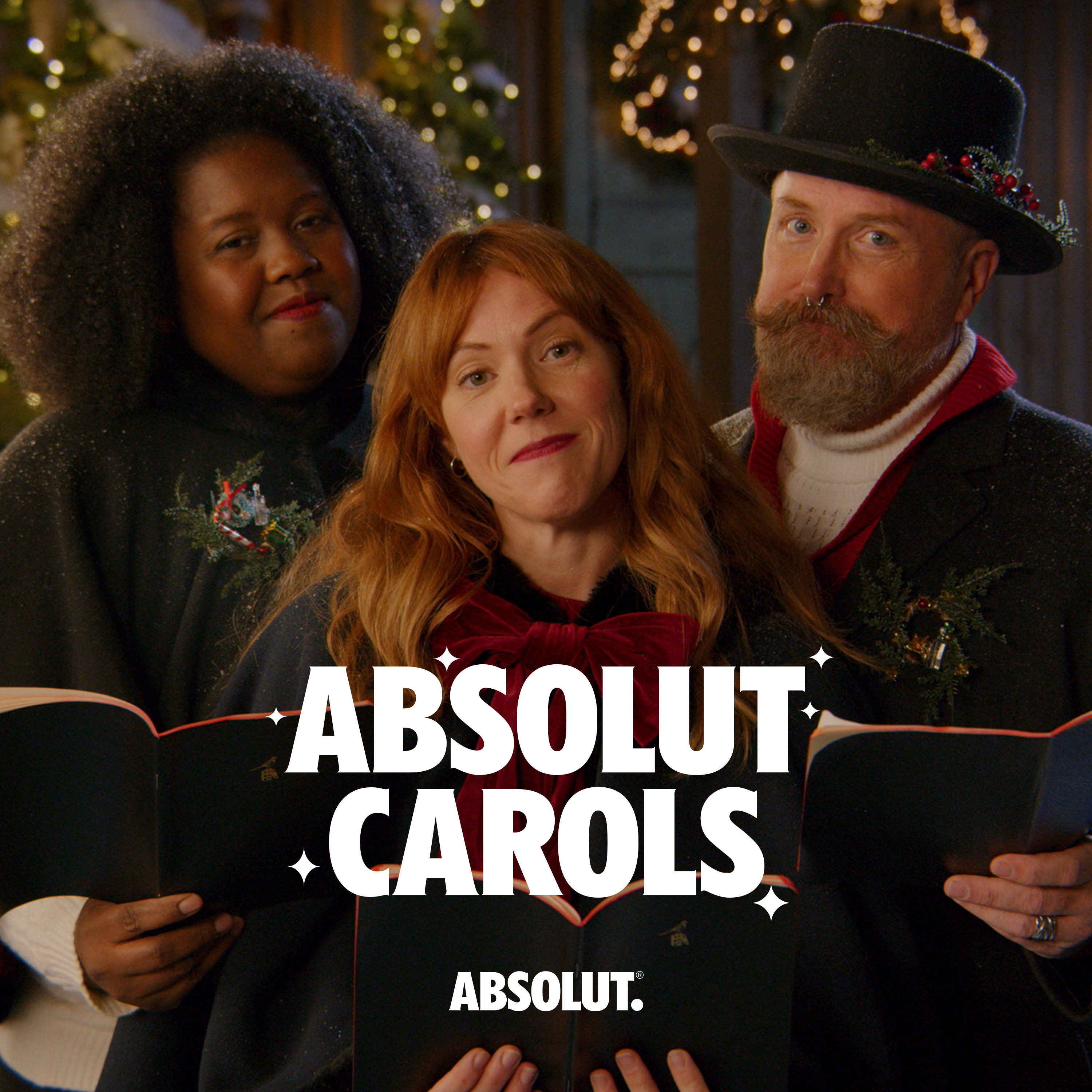 Absolut Vodka: Absolut looks forward to being 'together IRL' in global campaign