Win an AICP award by simply entering its annual show

The pandemic made things hard, so even those who made something deserve an honor, says campaign created with R/GA

The restrictions of 2020 made creating work and campaigns all the more difficult for the ad industry. Realizing ideas without access to offices, in-person collaboration, talent and sets was an accomplishment in itself. So the Association of Independent Commercial Producers wants to give a shout out to such feats in a new campaign promoting its annual show—by awarding you just for entering it.

In an idea conceived with R/GA, the AICP is bestowing industry players with an official “certificate of achievement” for submitting their work to its awards fest. 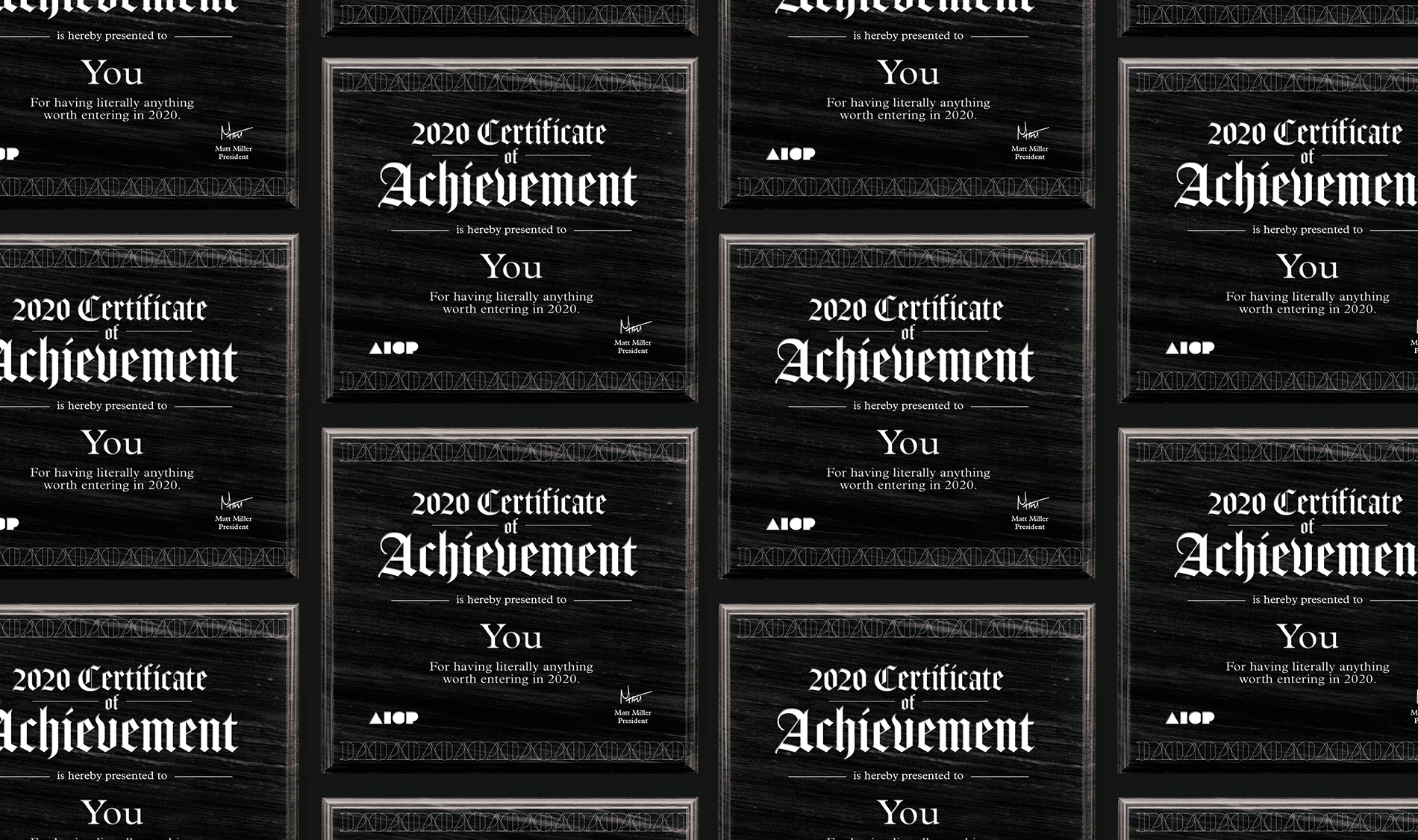 “Become award-winning right now by starting your entry process with the AICP, even before you find out if you’ve won an official AICP Award,” the entry site reads. “Buckle up and get ready to gloat.”

Once participants enter the AICP Show, the AICP Next Awards or the AICP Post Awards, the AICP Awards Generator will provide them with a certificate pre-filled with the category they entered, their company name and witticisms about 2020. From there, they can download and share it on social media (while also promoting the show).

Though such certificates jokingly set a low bar for an AICP accolade, the campaign hinges on the industry's feelings "coming off of the back end of a near impossible year to get any decent work made," says R/GA Creative Director Zack Roif. "The AICP wanted to really cater to the teams, the creatives, and the agencies who have been through it all in 2020, and give them something to be able to flex about to their professional networks, even before the award season hits."

Unfortunately, the certificate won’t guarantee the “winners” a place in Museum of Modern Art history—that’s reserved for official honorees of the AICP Show. 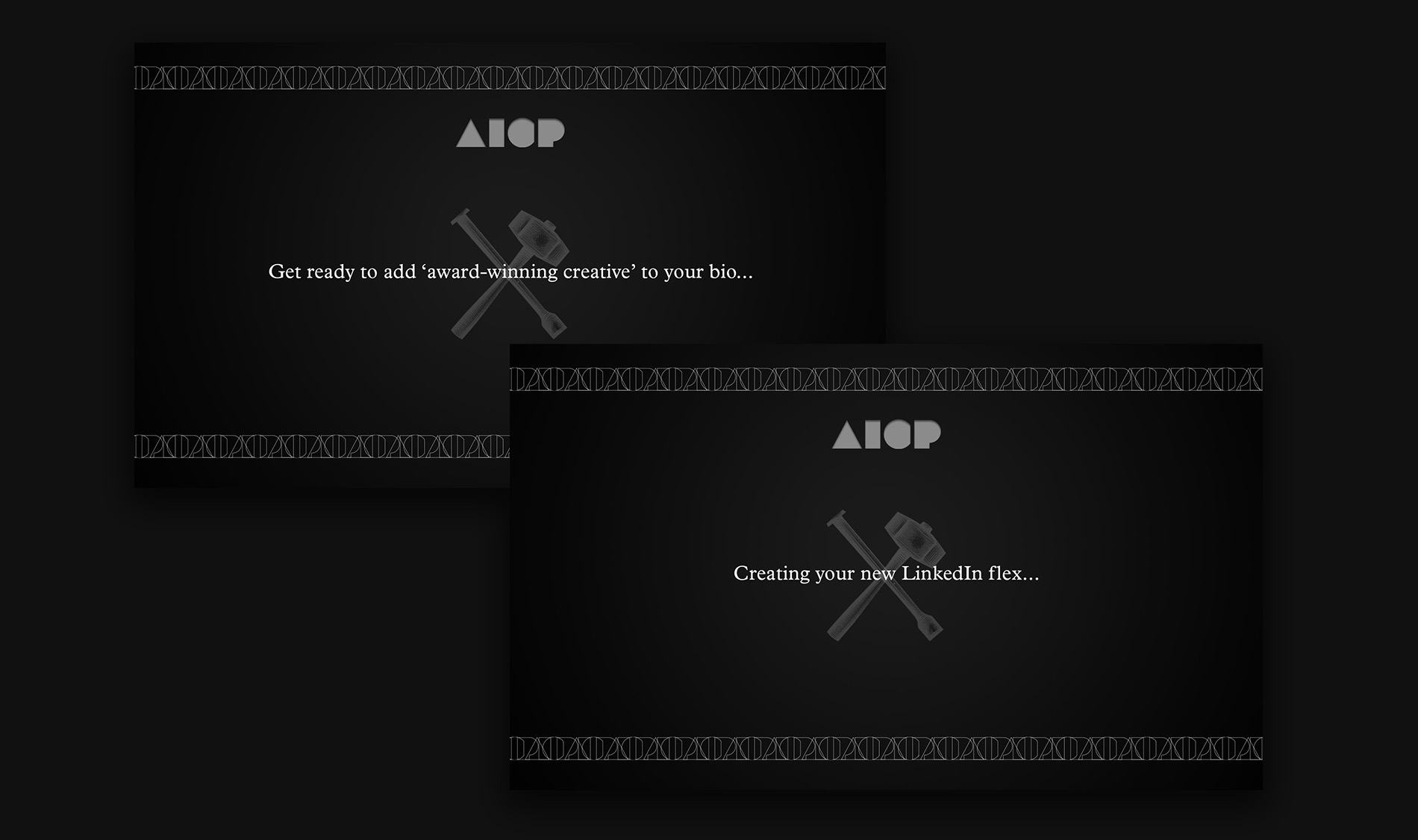 The idea was conceived by Roif and Associate Creative Director Chloe Saintilan, who were also behind the delightfully horrifying “Hellvetica” and “Merch Aid.” Last year, the R/GA team and Prettybird were also behind the AICP’s humorous call-for-entries film about an obsessive crafter who made animal figures covered in children’s hair.

R/GA’s Global Chief Creative Officer Tiffany Rolfe this year is serving as the Jury Chair of AICP Next, Prettybird President Ali Brown is chair of the AICP Show while Chris Franklin, editor and founder of Big Sky Edit is leading AICP Post. 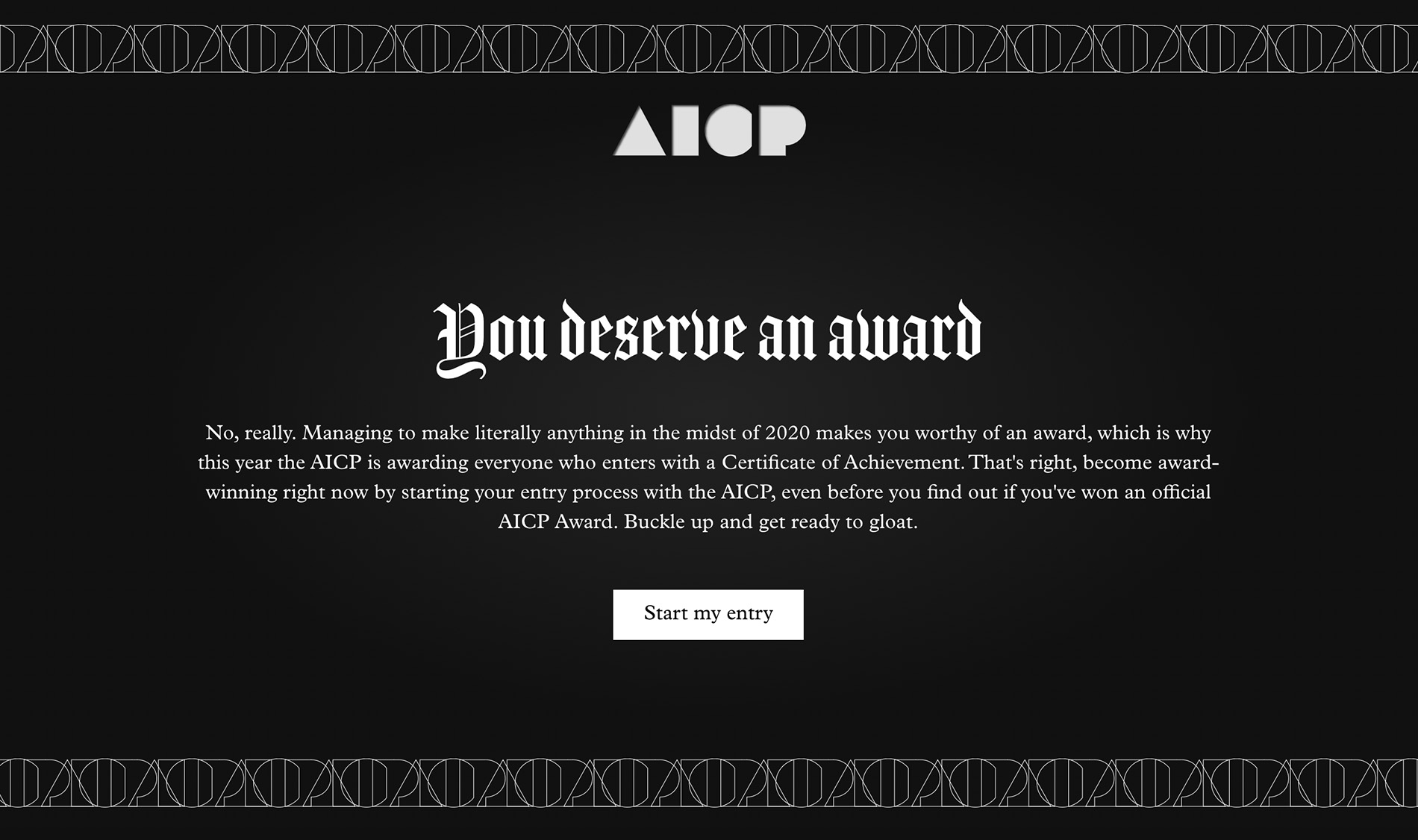 AICP: Craft-obsessed creatives will relate to this woman who makes animal figures covered in children's hair

AICP: This creative director chatbot is a real jerk