We continue our Hispanic Heritage Month Celebration of Creative Excellence with Ana Bermudez, head of account management at 72andSunny, selected by our guest editor, Nancy Reyes of TBWA\Chiat\Day New York. Originally from Barcelona, Spain, Bermuda’s career has taken her around the world to work at cities including Miami, Boulder and New York. Previously, she served as VP-managing director at The Community, where she helped to oversee brands including Verizon, for which she led a cross-functional team that worked across multiple lines of business. She’s also made stops at DDB, Sapient Nitro and Crispin Porter + Bogusky and worked on other major brands such as McDonald’s Burger King and Coca-Cola. Equally important, Bermudez is  mom to two toddler girls, four-year-old Ariana and two-year-old Anna.

Here, she recalls an important project she led while at CPB, centered on introducing an important product, Chicken Fries, to the Spanish market. The idea was so impactful, however, that it went global.

"We don’t often hear enough about how an idea originates from a Spanish or Latin market," noted Reyes. "This one does with great impact.” 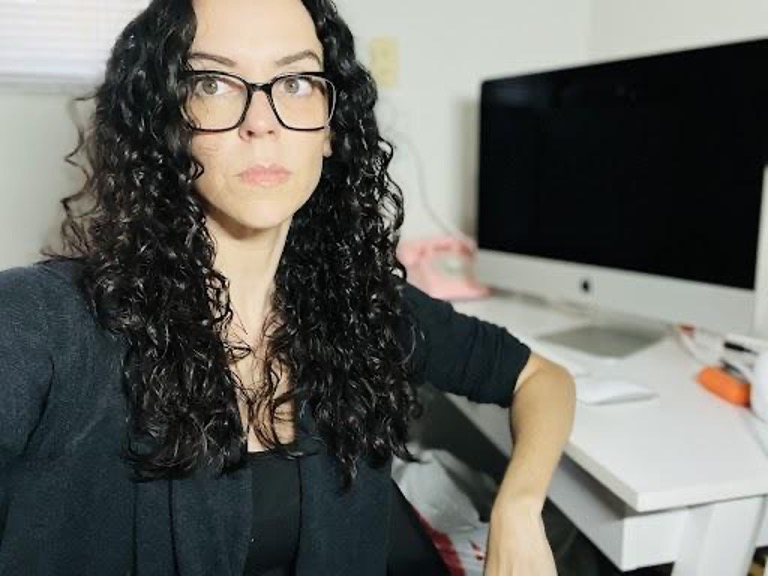 Sometimes in your career, same as life, you don’t realize how special certain moments are until they are far gone. The year was 2006. Crispin Porter+Bogusky, one of the best agencies that ever was, relocated me to Spain, my home country, to lead one of the most iconic brands in history, Burger King.

I was surrounded by the most talented people in the industry and couldn’t be more excited about the opportunity. I was working remotely, without knowing that 14 years later, working remotely was going to be the norm. I was also dealing with new global dynamics that were starting to form. YouTube was taking off and providing us with a new platform to connect with consumers. And not only that, a platform that had the potential to turn any campaign into a global phenomenon.

The client brief came in: We want to launch Burger King's Chicken Fries in the Spain market. And we are going to keep the name of the product intact—in English. A strategy started to form around the idea that we not only had to introduce this awesome innovative product to a new market, but we also had to explain what it was, since the name was not going to be translated. A brilliant strategist came up with our approach—“This chicken has a lot of nerve wanting to be a French fry.”

Talented creatives got to work and came up with the story of our rebel chicken—a chicken who wanted to be a French fry. The rest is history. Our young consumer immediately connected with the work. They were filming the spots on TV with their personal camcorders and uploading to YouTube (Remember those days?). The campaign caught fire on YouTube. Talk shows talked about it. And we made it into the conversation with the language from our campaign becoming part of the vernacular of our younger consumers. Everything a young ad exec could dream of unfolded in quite a magical way.

And then we realized we had uncovered a true universal insight—young millennials who wanted to do things their way become what their parents didn’t approve of. They wanted freedom to be themselves. They wanted to show the world who they truly were.

All of that still remains true today. Maybe even more so. The Chicken Fries campaign was adapted for the U.S., Turkey, Latam, Italy, Middle East and other markets around the globe. The rebellious tone of the chicken resonated across the world. And 10 years later, our chickens were resurrected and brought back by the brand.

And today, when I hear people quoting our chickens, it brings a smile to my face. Great ad campaigns stand the test of time and know no boundaries—our chickens proved exactly that. While this campaign didn't change the world, I want to believe that we gave voice to rebel millennials, that they felt seen and we made them smile. And hopefully, we sold some Chicken Fries too.

Burger King: Burger King turns a 'disappointing' study into a celebration of the Whopper