Scotch whisky brand Ballantine's is embracing diversity and inclusivity in its latest global campaign, described by the brand as its "biggest and most disruptive" in recent years, with the tagline "Stay True; there's no wrong way."

The brand worked with Crispin Porter & Bogusky London on the campaign, comprising TV, outdoor and digital ads and using the " A hero film, helmed by feature film director Oscar Boyson ("Frances Ha," "Uncut Gems") via Object & Animal, promotes the message that people should live their life they way they want: whether it's your job, the way you dress and the way you drink (or even choose not to drink) or the way you use social media (you could even, it shockingly suggests, delete your account.). Out-of-home ads also celebrate inclusivity, depicting same sex relationships or transgender dressing for example.

The campaign features no actors, but instead a wide range of influencers, including Johannesburg-based dance collective IDA (Indigenous Dance Academy); Madrid-based DJ Flaca, co-founder of the Chica Gang collective, and Spanish influencer and LGBTQIA+ activist, Alba Paul Ferrer. The soundtrack is a bespoke "reggaetron" track by DJ Florentino.

Running in 20 countries, the campaign aims to attract a wider audience to the brand, and position it as "accessible" to everyone.  According to Mathieu Deslandes, global marketing director for Ballantine’s, it “brings to life what we stand for as a brand, celebrating self-expression and championing inclusivity.”

"In a moment where it's nearly impossible to use social media without comparing yourself to others, "there's no wrong way" is a message I could really get behind,” added Oscar Boyson in a statement. “It’s rare to encounter a campaign so inherently inclusive - both in terms of casting and aesthetics - so I'm hopeful everyone sees a bit of themselves in it.” 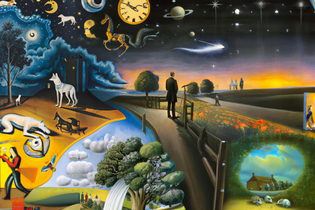 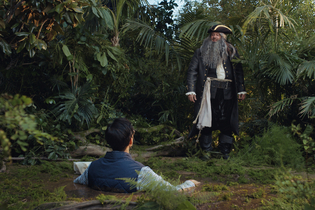 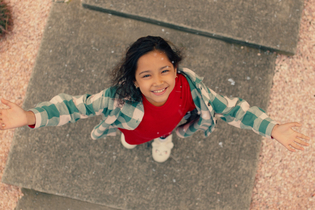