BBC viewers in the U.K. will also see a Twitter meltdown and song requests on radio

U.S. viewers have already been able to see the second season of the award-winning BBC America spy drama "Killing Eve," but fans in the U.K. have had to wait until this coming weekend to find out what happens after agent Eve Polatstri (Sandra Oh) tried to stab assassin Villanelle (Jodie Comer) to death.

Ahead of the launch, the BBC has unveiled a campaign themed around "Public Displays of Obsession" that includes billboards, radio and social media. The billboards, on display around London, feature messages from one to the other such as "Have you seen my girlfriend," "I'm going to make you sorry, baby," and "I thought you were special."

Villanelle will also bombard BBC Radio 1 with song requests for Eve, with the hashtag #Crazy4Eve. On Twitter, people will see messages from Villanelle having a meltdown as she she frantically looks for her “girlfriend” Eve, exceeding the maximum number of tweets allowed and being locked out of her account. 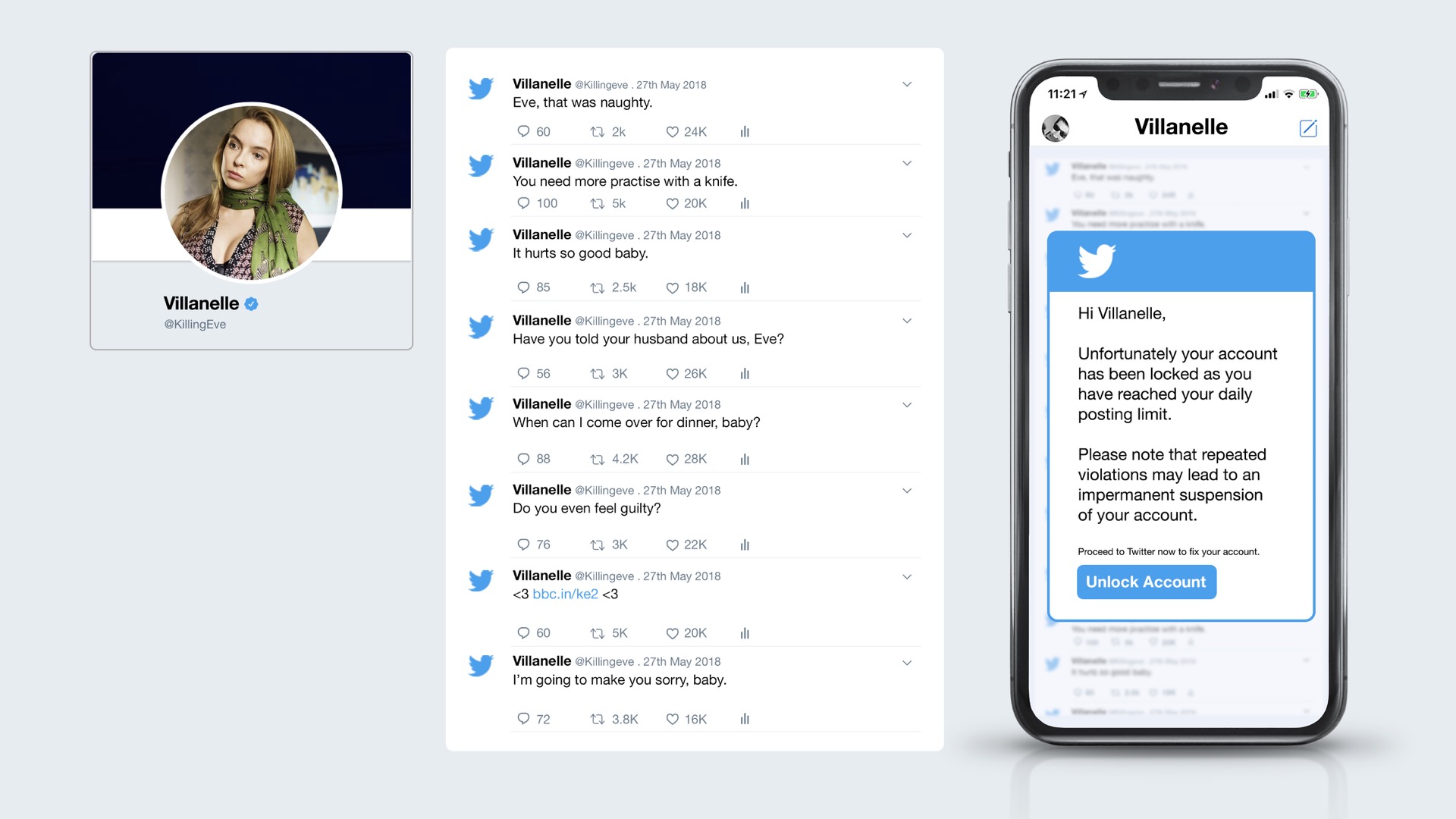 Fans are being invited to locate all of Villanelle’s billboards, share their photographs online and call Eve Polastri’s voicemail on 07788 387000 themselves.

The campaign was created in-house by BBC Creative. “The traditional objective of mass media campaigns is to talk directly to the audience," said Laurent Simon, executive creative director at BBC Creative in a statement. "It was great fun to put a fresh spin on this concept and let our 'Killing Eve' characters generate the excitement themselves through Eve and Villanelle’s public displays of obsession."

BBC Creative: BBC shows weave into the fabric of an 'authentic' U.K. Christmas