BMW is marking Ramadan with an emotional campaign running in the Middle East that tells a story of reconciliation between two brothers.

The ad, created by Serviceplan and directed by Sune Sorensen via Big Kahuna Films, centers on a man who seems to have fallen out with his brother: although their kids play together at nursery, the siblings don't speak when they arrive to pick them up. At home, while one father watches his son play, he reminisces about his own childhood and finds an old photo album, with pictures showing the two siblings playing together when they were little.

Eventually, the man's brother and wife turn up at his door, to celebrate Ramadan—the month of forgiveness, while their two BMW cars sit side by side.

The spot was filmed in Lebanon and features Elie Mitri, a Lebanese actor Sorensen had spotted in an award-winning film.

The commercial will be featured across the entire Middle East, including on Dubai TV. It will also air online and on social media platforms. 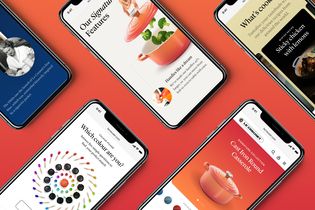 Song by:
A Great Big World

BMW: BMW Build Your Own

BMW: BMW teamed with a realty firm to stage posh home driveways with its luxe cars