Burger King Germany is putting customers in a tough position: choose between Star Wars or Whoppers.

A new campaign from Grabarz and Partners hinges on so-called “spoilers” to the long-awaited film “The Rise of Skywalker,” the final installment of the Star Wars trilogy sequel, out in theaters Dec. 20.

A voice-activated coupon in the Burger King app will give customers a free Whopper if they take the leap and read “spoiler” information about the film out loud. A new film also illustrates the idea in an outlandish way: Burger King created an entire “spoiler” restaurant in which revealing details of the film were placed in every nook and cranny of the space—from the item names on the menu board to product packaging. In order for customers to order their food, they were required to read out lines that would apparently give away key plot points of the film. For example (potential spoiler alert!) one customer orders a “The young villain turns to the bright side after being defeated by the young sword lady Whopper.”

Burger King, however, not once actually mentions “Star Wars” in the whole campaign, but all the details are designed to point directly to the franchise, from the familiar yellow typography, to the press release referencing “the last episode of the space saga,” to the people featured in the film decked out in Leia buns and Jedi cloaks.

Burger King released a “safe” version of the campaign film (above) to help shield fans from disappointment  as well as an “unsafe” version below. But until the actual film comes out, we won’t know if the “spoilers” have anything to do with the real thing at all. 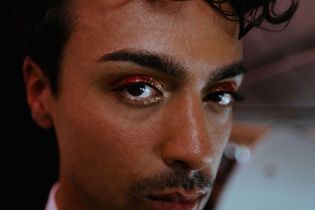