From Burger King, we’ve come to expect its marketing to feature outrageous, stunty ideas such as the celebrated “Moldy Whopper,” which lets its signature burger get green and hairy to highlight how it’s preservative-free, or a hilarious new campaign that resurfaced old 911 calls from people complaining about BK service—to encourage customers to give the brand feedback. But another recent push from Mexico takes a refreshingly poignant, beautiful turn to highlight the clean ingredients of the fast feeder’s menu. 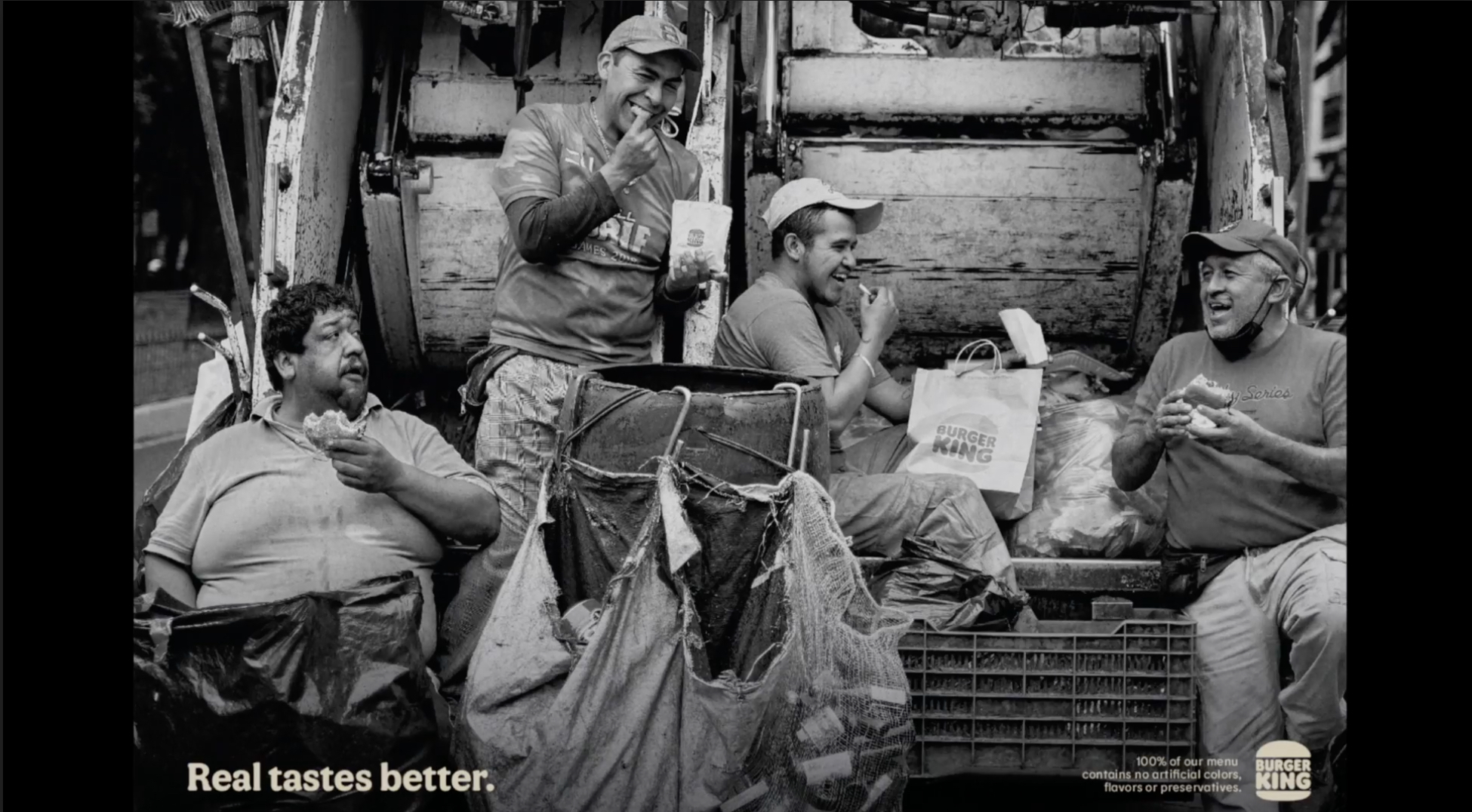 The out-of-home effort from We Believers, “Nonartificial Mexico,” tapped photographers to capture an array of everyday people, not models, digging into Burger King menu items.  The stars of the ads include customers young, old, pregnant, shirtless, smoking and even high. Their poses may not all be pretty and perfect, but the black and white images are stunning—slices of life of folks chowing down on the food, along with the line "Real tastes better." 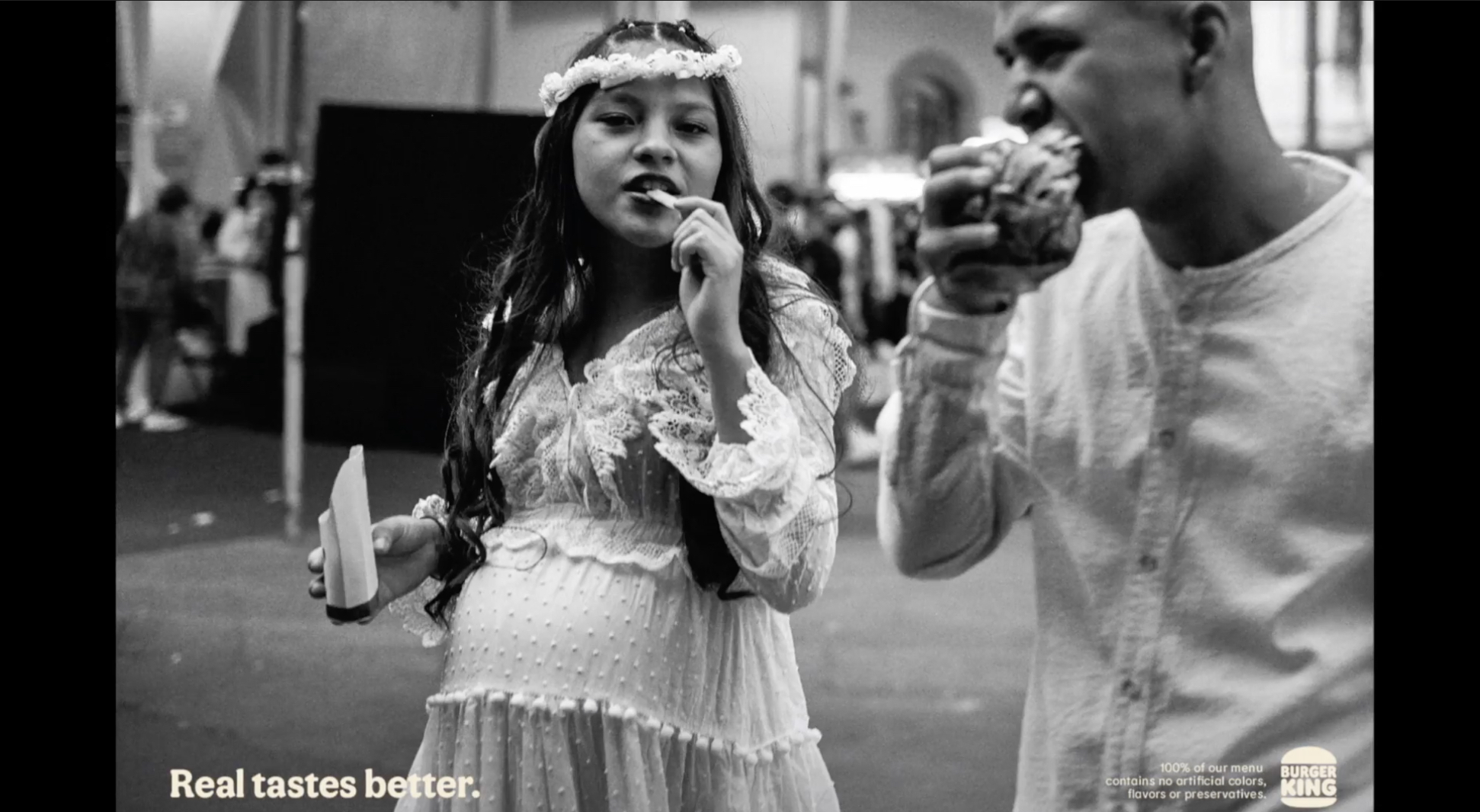 The effort had an extensive out-of-home media buy, with hundreds of photos running in ads all over the country. “In a way, we turned all the big cities in the country and especially in Mexico City, into a street museum, portraying people just like they are,” said Gustavo Lauria, chief creative officer and co-founder of We Believers.

To create the ads, the agency tapped a team of photographers, most who never worked in advertising before, to tour the country for two months, save for the director of the campaign film, Marcel Paez, who also captured some of the pictures. 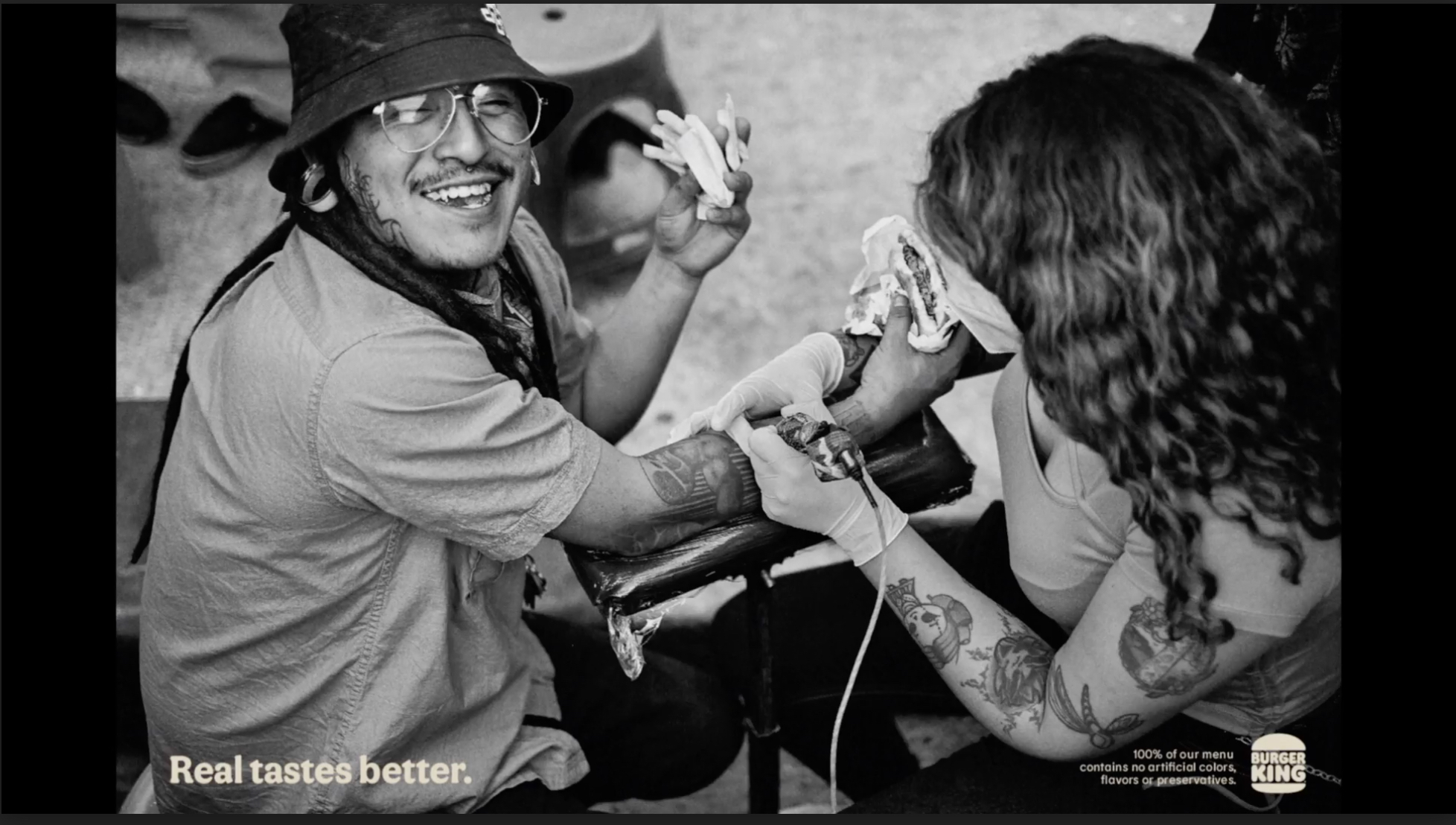 The photos were also featured in a proper exhibit at the Photography Archive Museum in New Mexico that ran through May 10. According to the campaign’s case study video, the effort led to 95% brand awareness and 98% positive brand sentiment among consumers as well as a 36.7% increase in sales. 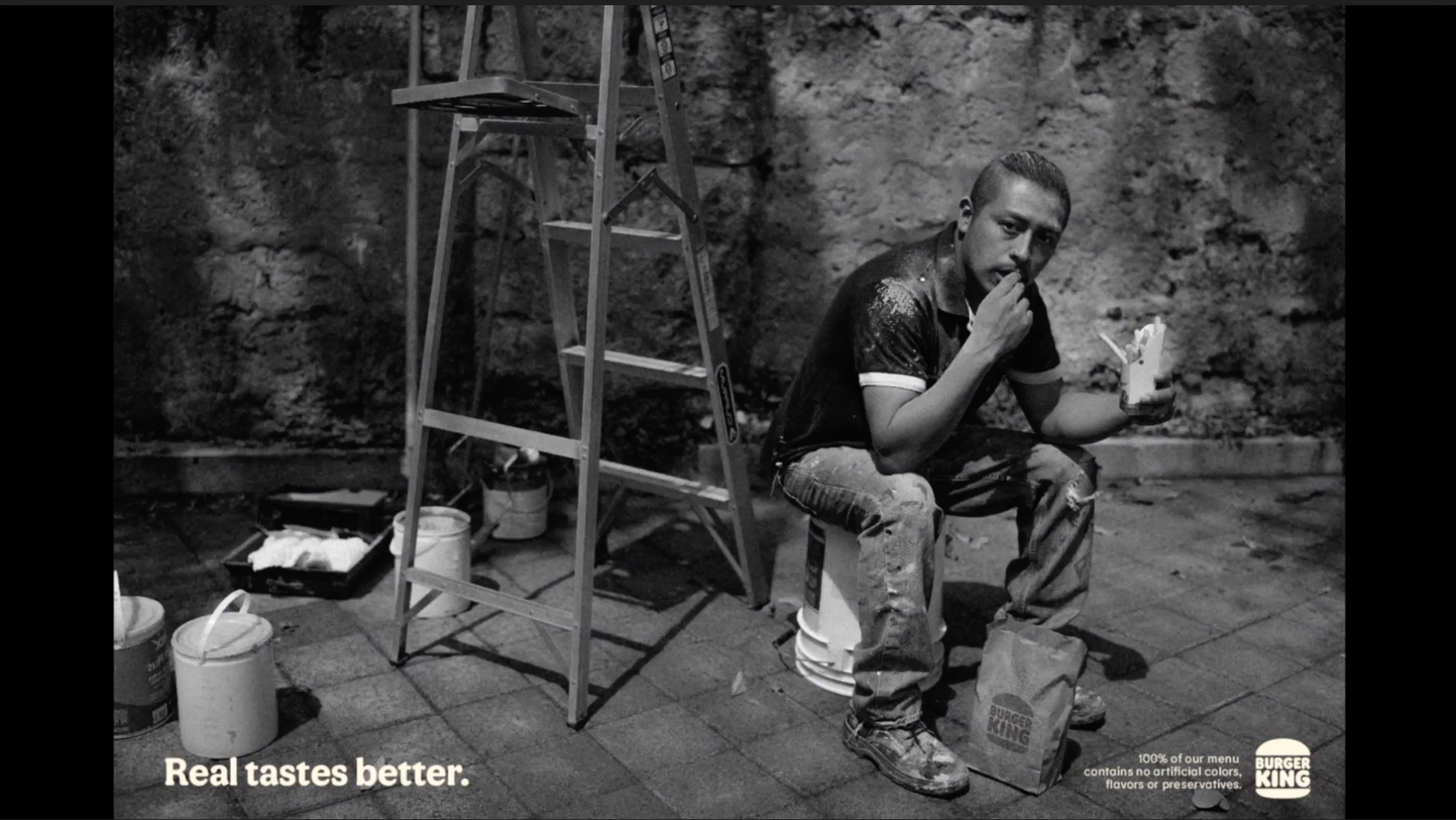 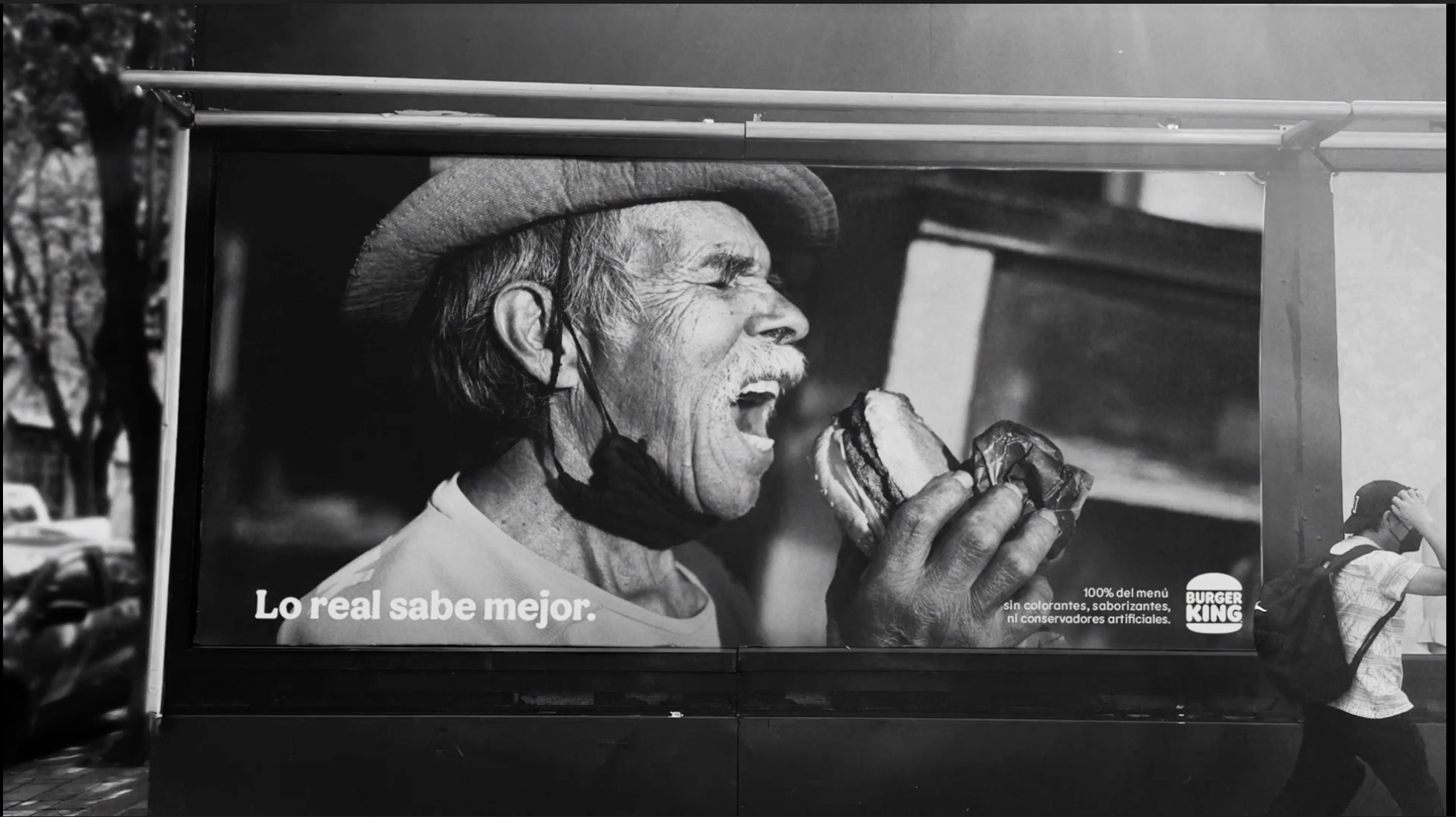 Burger King: Burger King turns a 'disappointing' study into a celebration of the Whopper