'Traffic Jam Whopper' service began in Mexico City and will hit L.A. and other congested cities

Burger King seems to be on overdrive lately. In the last week or so, it debuted the controversial “Real Meals” and gave us evil clown nightmares. Now, it’s trying to ease the frustrations of big city commuters through a delivery service that will bring Whoppers right to their car door—when they’re stuck in a traffic jam.

In Mexico City, Burger King introduced the "Traffic Jam Whopper," part of a delivery platform that promises to bring BK food to consumers in the most heavily gridlocked areas while they're still at the wheel. It uses real-time traffic data to determined heavily congested areas, and Waze banner ads and digital billboards then alert drivers when the delivery service is available to them.

The ads remind the drivers how much time they have left to order through the Burger King app–the delivery range changes depending on where the traffic is, and it’s always within a three-kilometer radius of a BK restaurant.

Customers need not worry about getting nabbed by cops for texting while driving because they can use voice commands to place their orders. The billboards update to let drivers know when their food is approaching, and a Burger King courier then drops off their meals, aided by Google Maps tech that tracks their location and speed.

We've seen fast feeders amp up their offerings before by broadening their delivery zones (last year Domino's introduced delivery Hotspots at beaches, ballparks and more, to which it would bring pies), but this is the first we've seen in "roving" destinations.

And it’s not just a one-city stunt. Burger King will be taking the idea to Los Angeles, Shanghai and Sao Paulo. According to the campaign’s case study, in one week, the campaign increased Burger King’s daily delivery orders in Mexico by 63 percent, and daily download rate of the BK app jumped 44 percent. The idea was conceived out of We Believers, the agency behind the multi-awarded “Edible Six Pack Rings” for Saltwater Brewery. 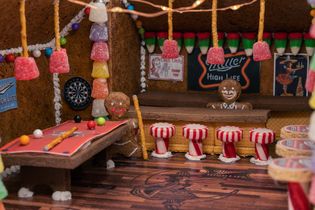 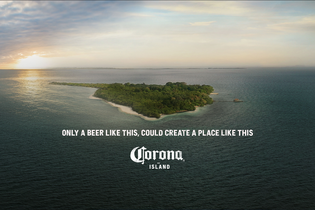 Burger King: You may not recognize the famous names on Burger King's new celebrity meals