Procter & Gamble has been paying tribute to moms with its "Thank You Mom" campaign. Now, here comes an effort that's saying thank you to grandmas, with some real-life archival footage.

French coffee brand Cafe Grand Mere has made a film for Grandmother's Day (which is marked on March 3 in France) using black-and-white footage to highlight some of the inspirational women of the 1950s and '60s who are today's grandmothers.

Created by agency CLM BBDO and directed by documentary filmmaker and anthropologist Sylvain Desmille via Curious Film, the ad includes clips of  real-life women like Françoise Mabille, the first French woman to become a volunteer firefighter; Violaine Sanson, member of the first women's motorcycle racing team; Astrid Hustinx, one of the first female airline pilots; parachutists Odette Rousseau and Colette Duval; and Anne Chopinet, one of the first women to attend the prestigious École Polytechnique. Whether it was flying a plane or daring to wear a mini-skirt, these were some of the women who broke the mold. At the end of the ad, we see some of the grandmothers as they are now.

"Though this campaign goes back in time, it offers a deeply modern vision of our grandmothers," say Benjamin Dessagne and Stéphane Santana, creative directors, CLM BBDO in a statement. "Before they were the women we know today, they were young women who changed the world." 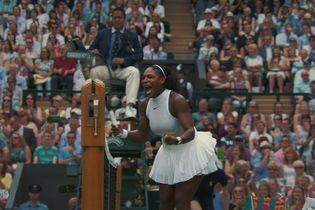