In the original film that inspired the series, "Child's Play," the villainous doll sprung to life after becoming possessed by a notorious serial killer. The activation, headed by agency The Many, has fun with that backstory. The "I Scream" truck features decals of "Good Guys," the brand behind the Chucky doll. Here, however, Chucky has threateningly defaced them with spray-painted phrases like, “Watch me in my new show or else.” 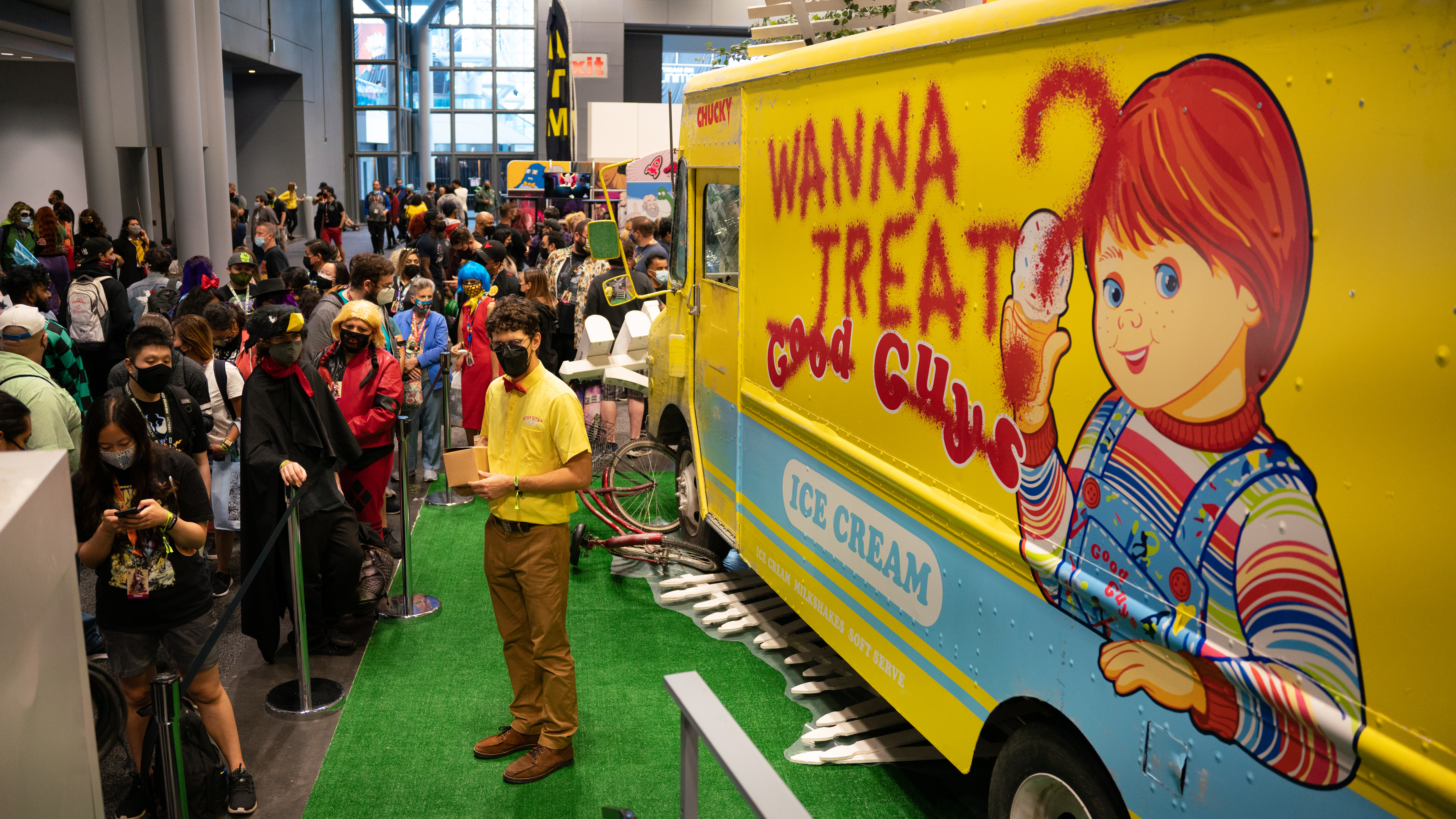 Upon entering the truck, visitors would find the doll behind the wheel—splatters of blood hinted at the fate of the original driver. Toward the back, they'd see the ice cream man spring out of a freezer while a camera captured their reactions. Their screams served as payment for a blood-red, cherry-flavored Italian ice in branded Good Guys packaging. 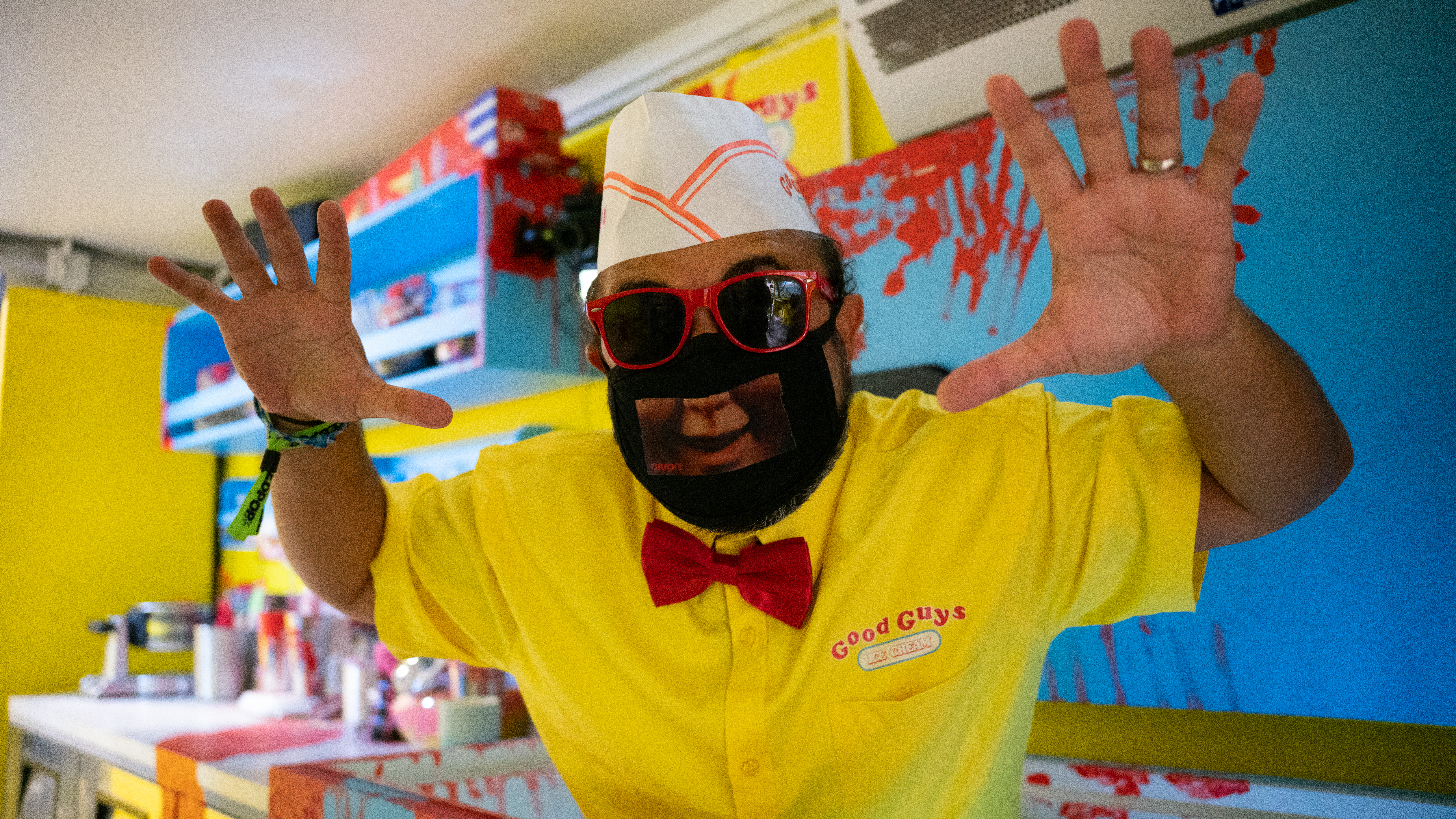 Comic Con attendees were also treated to an exclusive screening of the new series’ premiere. The show, taglined “a classic coming of rage story,” follows a young man who snags a vintage Good Guy doll at a local garage sale. Of course, this isn’t just any doll, it happens to be the one housing the spirit of a serial killer. Bloody hijinks follow. Franchise creator Don Mancini and actress Jennifer Tilly were in attendance to lead a post-screening Q&A.

But for fans outside of New York, Chucky’s marketing massacre isn’t limited to the Big Apple. The blood-thirsty toy has been spotted in custom content across social media. TikTok and Instagram Reels creators can duet the horror icon for a spooky staring contest, if they’re brave enough to stare into those haunted eyes. Instagram also features the “Where’s Chucky” AR filter, which releases the doll into users’ homes.

first to blink loses. duet with Chucky and share! #Chucky premieres October 12 at 10/9c on @USA_Network and @SYFY. #fyp

The “Chucky” series can also be found on Giphy, sporting custom sticker graphics. It's also partnering with the upcoming “Verzuz” hip-hop battle between Big Daddy Kane and KRS-One, streaming live from Barclays Center in New York. Across social media, the show has been utilizing the franchise's irreverent schtick to hype up viewership.

Tesco is using TikTok to find its next checkout voice

Syfy: Explore the Mystical World of 'The Magicians' in Syfy's Interactive Experience