Clash of Clans turns 10 years old today, and to celebrate, it took a trip down a fake memory lane.

The anniversary campaign from Wieden+Kennedy Portland imagines 40 years of faux Clash of Clans history and looks at how the mobile game would celebrate if it had lived through the gaming trends of the ‘80s, ‘90s and early 2000s.

To help create such “historical moments,” Clash of Clans partnered with several other brands to lean into nostalgic products from the last 40 years. General Mills made an actual cereal called “Barb’s Choco Boom Booms” that is available on Walmart.com. 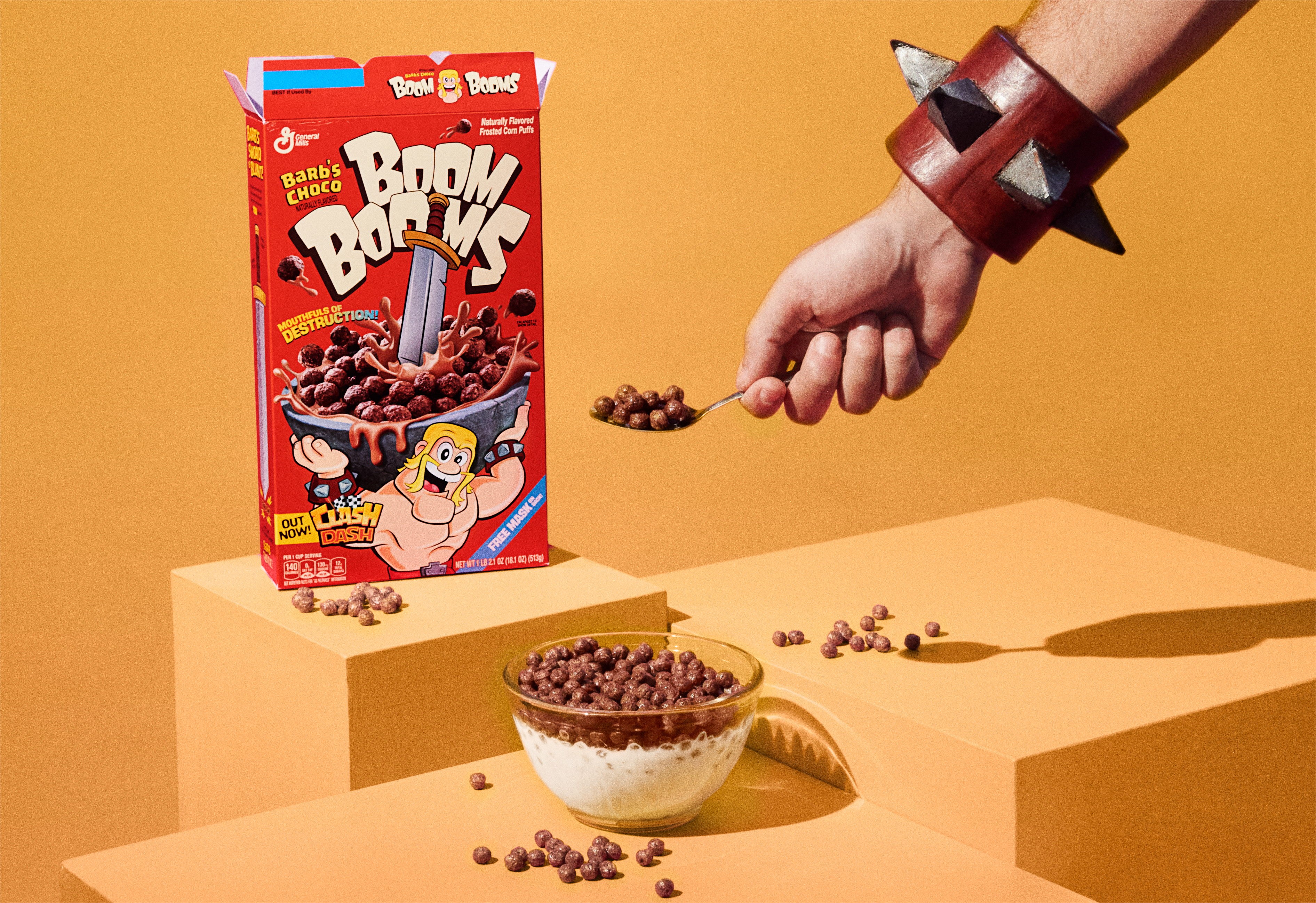 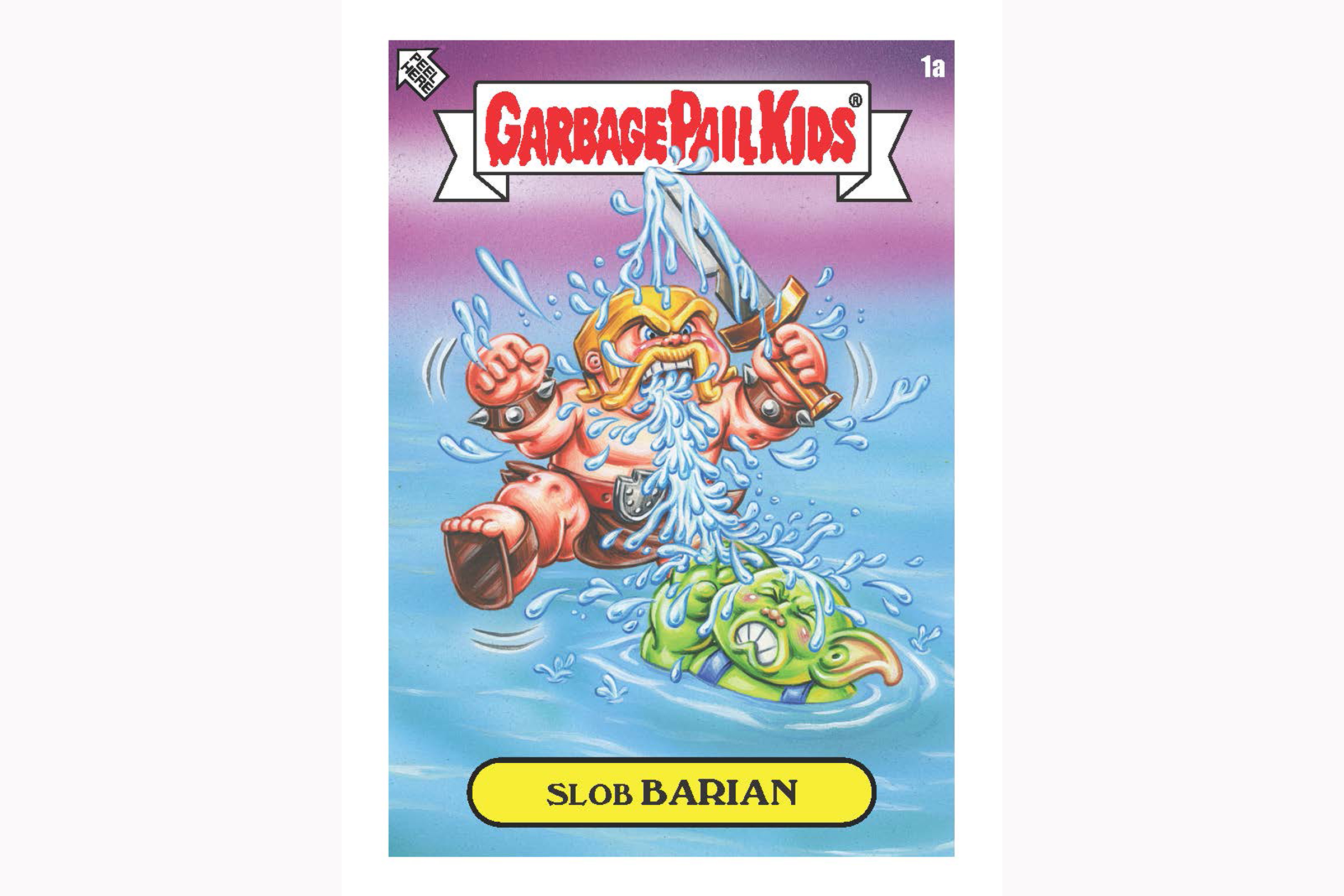 Sportswear brand Champion made a capsule collection that included fashions from the ‘80s until today. 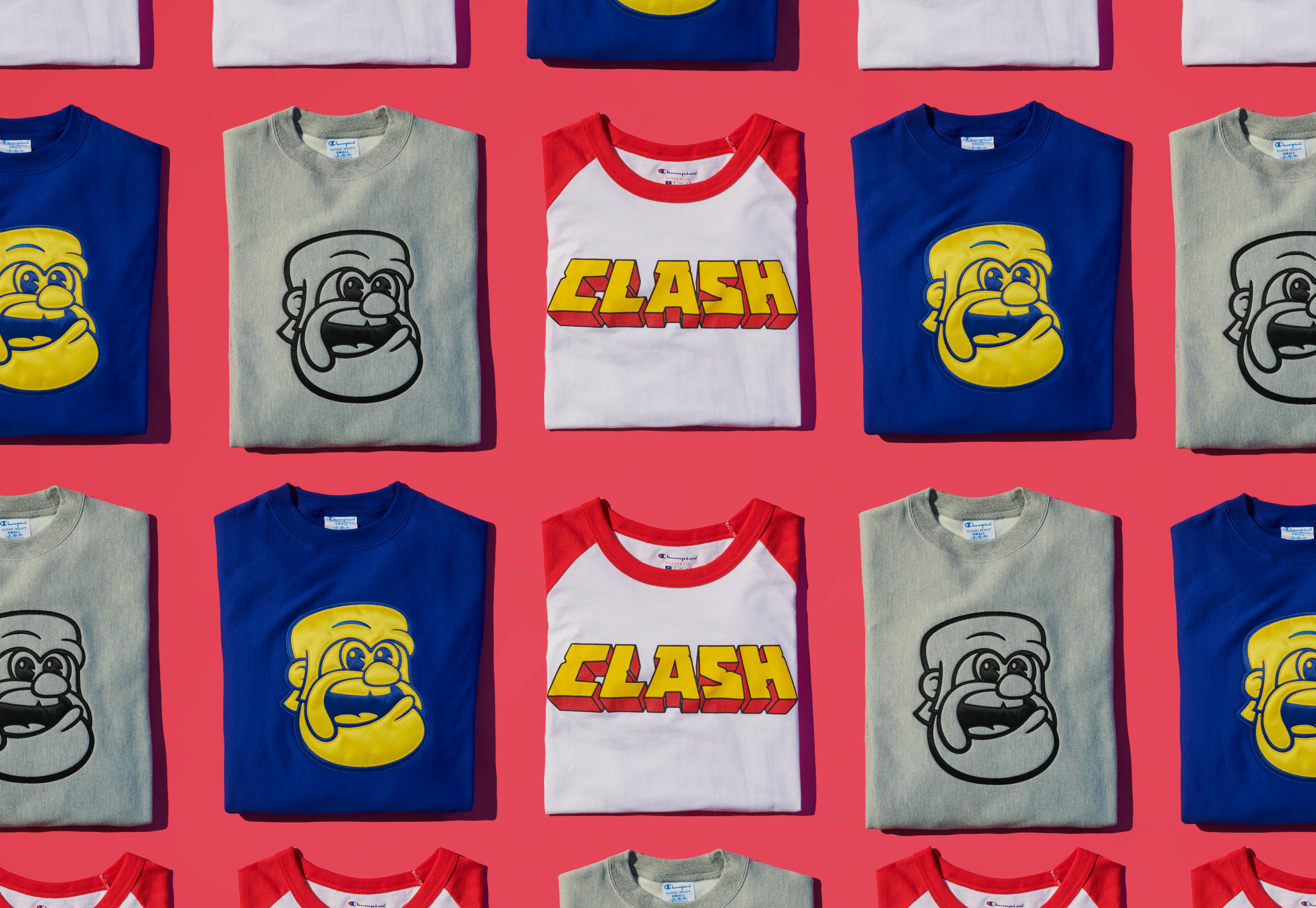 Clash of Clans was created by Supercell, a Finnish mobile game developer, and was released for iOS on August 2, 2012. The multiplayer game lets users build their own village and raise an army to expand their territory. In the last few months, the game has stayed within the top 100 free games in the Apple app store, and has over 1 million downloads worldwide, according to Sensor Tower data.

On top of the brand partnerships and videos, W+K imagined what the game would have looked like in past decades in the form of three mini games. The agency created an arcade game called Clash, a console racer by the name of Clash Dash, and an early 2000s open-world game dubbed Clash: Cradle of Darkness. All three can be played in the Clash of Clans app.

The love for mobile gaming grew during the pandemic and the industry has held on to those gains. In the first quarter of 2022, there were 14.3 billion downloads of mobile games worldwide, up 1.4% from the same quarter last year, according to Sensor Tower’s 2022 state of mobile gaming report.

The anniversary rollout started last week with an animated film (above) that showed the game’s main Barbarian character being sucked back in time to a real-world arcade game.

There was also a mockumentary (though it deceptively says “Official Documentary” in its title) about a fake origin story that runs for about 20 minutes.

The story culminated today in a final anniversary film seeing the Barbarian's return (of sorts).

Clash of Clans has been known for its standout creative, with previous campaigns coming from the now-shuttered Barton F. Graf. The agency was behind the game’s buzzy 2015 Super Bowl ad starring Liam Neeson and had conceived elaborate animated ads that created back stories for the game’s characters.