Born in Atlanta to a Cuban mother and a Spanish father, Montero is an industry vet of more than two decades. He joined The Community in 2013 and has long been passionate about culturally-reflective brand building. He has helped the agency secure long-term partnerships with Verizon, Volkswagen, Porsche, Samsung, Constellation Brands and more. He’s also helped to expand the agency’s footprint across the globe and grow its ranks to more than 200 team members.

Prior to his current role, Montero was partner at strategic consultancy The Montero Group and SVP-managing director at global brand experience Jack Morton Worldwide. He began his career on the brand side, working at The Coca-Cola Company and The Walt Disney Company.

Here, Montero recounts a project for TikTok from Hispanic Heritage Month last year that unabashedly centers the contributions of Hispanic individuals as a crucial part of our country’s cultural DNA.

"'DeNada' is an unapologetic appreciation of what we gift to the world," Reyes noted. "I love how our people are displayed at the forefront of this." 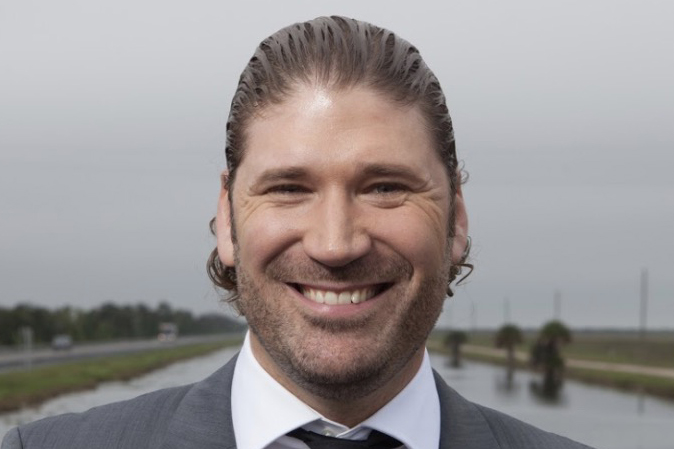 Not because our cultura is not worth celebrating, but because that recognition should be happening throughout every month, in big ways and small. It should be more tightly woven into the cultural celebrations of our country as a reflection of our deep and ongoing impact—not as a standalone moment with a 30-day window.

At its core, the American dream is an immigrant narrative born from the same spirit that inspired our families to come to this country years ago, seeking freedom, refuge, or simply a better life. Ours is one and the same. Or so it should be.

But I understand we’re not there yet, that despite our fast-approaching majority minority reality, and the impact our culture has had and continues to have in shaping our country every day, there is still a cultural divide. So it’s still important to lean into these ownable moments of awareness to celebrate our cultural impact, loudly and proudly. And even more importantly, to use these moments as a platform to shift the narrative from what is often an overly humble, muted, and more educational message, to a bold and unapologetic one that modernizes the story of our impact.

This leads me to a campaign from our team here at The Community, which flipped the traditional HHM script.

The campaign, “De Nada America,” was created with TikTok for Hispanic Heritage Month last year. With “De Nada America” (“De nada” means “You’re welcome”), the idea was to look at the world around us, the creators, our Hispanic community, and be proud of all we’ve done. Not through the lens of a traditional “Thank You America” narrative, but as an unapologetic “De Nada America” message, owning the contributions our community has made to culture at large and to the DNA of America—it’s not a coincidence that the initials of "De Nada America" are "DNA."

The campaign consisted of a month-long, platform-wide celebration including videos, weekly live streams and murals. By the end of the month, the campaign had over one billion views on TikTok, and in the months following, the hashtag and narrative continued to be used by creators and fans.

Like TikTok, many brands are doing the right thing on behalf of our culture, owning our impact and integral role in this country’s DNA, which is very encouraging.

And although HHM is a higher profile moment, after 20+ years in the industry, it’s really been about all of the small moments. All the campaigns pushed the envelope and made me feel like part of something special. From partnering with Verizon in 2019 to run two fully bilingual ads during the Oscars—the first time a brand aired a Spanish language ad during the Oscars without subtitles— to highlighting the powerful digital art from Latino DACA artists on the world’s main stage in Time Square for Samsung, to this TikTok “De Nada, America” campaign.

Our heritage and impact is bigger than one ad, one month or one moment. We’re so deeply woven into the fabric of this country and so actively shaping where it’s going, that parts of our heritage should show up in every successful idea and campaign. And that’s what made this TikTok campaign so special. It’s about celebrating something we already know—that Hispanic culture is so much of American culture; it’s about giving credit where credit is due.

TikTok: TikTok says 'you have to see it' in global campaign from Le Truc