While Molson Coors brand Coors Banquet has drawn the spotlight for its recurring role in the popular Netflix series "Cobra Kai," the brew today steps out with a more serious push during yet another treacherous wildfire season in the U.S.

The brand today calls attention to climate change and the wildfires that have increasingly ravaged the country with “Protect Our Protectors,” a new program designed to support the nation’s wildland firefighters. The numbers of these “heroes in yellow” have been dwindling as wildfire season has grown—today, it’s now 105 days longer than just a few decades ago. In California, Oregon and Washington, regions more susceptible to wildfires, the U.S. Forest Service has seen staffing levels drop to 50%.

Over the past eight years the Coors Family of Brands has donated more than two million dollars to the Wildland Firefighter Foundation, but the new program and associated campaign, created with Mischief, ramps up the support.

A film (above) highlights the work of the wildland firefighters, showing them in the trenches and illustrating the risks they take to protect the environment. 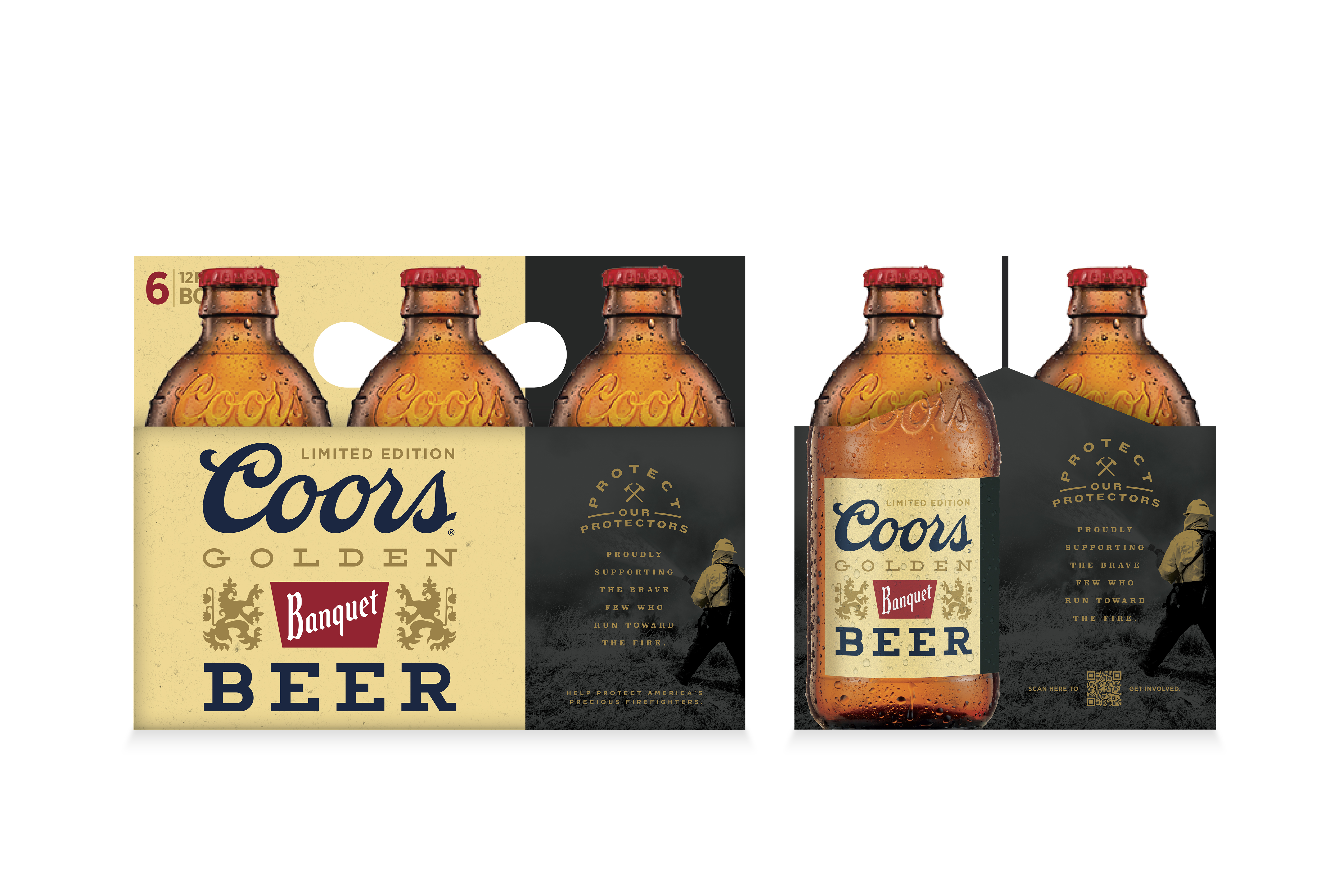 The program also includes limited edition Coors Banquet Protect Our Protectors packaging and a capsule collection with California-based clothing line Brixton. Country music star Chase Rice will also be taking part in a day of wildfire firefighter training to bring attention to the push and highlight the intensity, risks and rigor of the job.

“These heroes risk their lives to protect us, and it’s important we recognize the sacrifices they make,” said Marcelo Pascoa, vice president of marketing for the Coors Family of Brands, in a statement.  He added that Coors will also be expanding its efforts nationwide as the problem of wildfires become increasingly severe. “They don’t just affect the West,” he added.

During the shoot of the campaign film, Coors and Mischief were mindful of the environmental impact.  "We really wanted to be respectful of all those who devote their lives to this cause in the most authentic and responsible way possible,” said Will Dempster, EVP-production at Mischief. No real fire was used on set. “Instead, we got creative with smoke tubes and fake ash, which is made out of starch and biodegradable,” he said. “Any fire you see on screen was built in post with VFX.”

“We hear a lot about the wildfires but we rarely get to see or understand the work of those on the fireline,” said Mischief Creative Rafa Beretta. “It was an awesome opportunity to meet a few of these firefighters, learn about them, and also film them in their environment,” added Creative Rapha Franzini.

Until October 16, consumers can help support the wildland firefighters and make direct donations via the campaign site. There, they can also see where the Protect Our Protectors packs are available and purchase merch, proceeds of which will help support the firefighters.