What's this?
This content is created by an Ad Age Publishing Partner. Find out more about this program.

Coors Light’s ‘Made from Mountains’ spotlights artists’ thirst for adventure

It’s hard to not immediately envision majestic mountaintops when hearing the name “Coors Light.” The Golden, Colorado, brewing company’s Rockies locale has become synonymous with its brand over its 135-year history, and provided the inspiration behind its latest branded video series in partnership with Great Big Story: “Made From Mountains.”

As part of their new messaging strategy to reach drinkers ages 21-27, Coors Light looked to Connect at Publicis Media to help define their new tagline, “Thirst for More,” through a storytelling approach. Focusing on the brand’s connection to the outdoors, Connect partnered with Great Big Story to create a five-part branded content series, “Made From Mountains.” In these videos, adventurous artists, like photographer Reuben Wu, who appears in the first installment, are able to explore breathtaking and largely remote locations around the world—and help realize previously unattainable creative ambitions—courtesy of Coors Light.

In “Illuminating Giants,” Wu travels to the Pastoruri Glacier in Peru, which is 16,000 feet above sea level in the Andes Mountains. Using night drones to illuminate the ice-blue walls of the glacier, Wu works against the elements to capture this imposing landscape with his camera. Great Big Story’s brand studio Courageous embedded a small crew within Wu’s journey to document the experience firsthand.

Thanks to the “Made From Mountains” project, Wu has been able to fulfill artistic dreams that at one time, he never thought possible. “Growing up in Liverpool,” he says in the video, “glaciers were always something that I never really had that much access to…. With this project, I was seeking to produce a series of images that tells a story of this place and express my own ideas of exploration.” The resulting otherworldly photographs “show something that hasn’t been seen before: the color of the ice underneath the light of the drone,” Wu says.

Following the video’s distribution across Great Big Story’s social footprint—as well as on OTT platforms like Roku, CNNgo, Great Big Story and the TBS and TNT apps—the reaction to “Illuminating Giants” has been extremely encouraging: 97 percent of comments exhibit a positive response, with “love” and “enjoyment” surfacing as top emotions. The first installment has achieved over 2.5 million video views, 28,000 engagements, and counting. 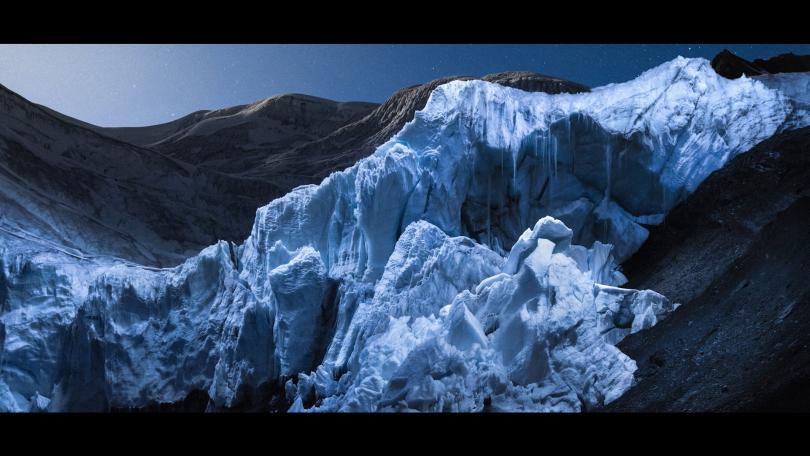 Part of this success could be attributed to the social insights gleaned at the onset of the creative process. Turner Ignite’s audience intelligence practice, Launchpad, analyzed which topics have resonated with Great Big Story’s audience and previous brand partnerships, which helped inform subjects and storylines for “Illuminating Giants,” and the following videos in the series: “Tracing the Trail,” “A Canvas in the Clouds,” “Mapping the Wilderness” and “Plating Nature.”

“As a photographer, my end goal, really, is to make people see the landscape in a completely new perspective,” says Wu in the video. “It’s about showing things in a different light.” The same could be said about this new branded video series. 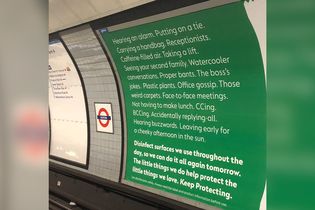