Not for Commitment-Phobes: Equinox Asks You to Go All-In for the New Year | Ad Age
Skip to main content

Once again Equinox has given us renewed inspiration -- or a huge excuse to feel bad about ourselves -- for the new year. Along with its agency Wieden & Kennedy New York, the fitness company has introduced "Commit to Something," a campaign that depicts muscled hotties showing unwavering dedication -- not to the iron, but to unlikely passions.

The 2016 effort is an evolution of the company's previous campaigns, which also featured seductive, provocative images shot by high-end photographers. In 2014, the brand and W&K New York introduced "Equinox Made Me Do It," with images by Robert Wyatt that "caught" beautiful people in risque scenarios. Last year, it followed with cryptic portraits shot by Rankin that captured individuals who appear to have made some daring decisions with their lives, presumably, because they're so proud of what they've achieved with their own bodies.

According to Chief Marketing Officer Carlos Becil, #EquinoxMadeMeDoIt was the brand's most successful hashtag ever, with videos earning 3 million-plus views. But for 2016, which marks Equinox's 25th anniversary, "we really wanted to change the conversation and storyline a bit," he said. "This is really a call for action, asking people to make a commitment. We don't care what the commitment is, but we're asking people to step up."

The approach addresses a particular challenge: "While the category is as strong as it's ever been, we're seeing a shift in mindset particularly with millennials -- an 'anti-commitment' culture," said Mr. Becil.

"With millennials, there are things like Tinder, Grinder and even [the gym studio startup] Class Pass showing people that commitment isn't necessary," said Wieden & Kennedy New York Creative Director John Parker. But a sense of commitment is crucial when you're asking customers to sign one-year contracts.

The images of the campaign suggest timely topics likely to stimulate cultural conversation -- for example, one picture featueres Bianca Van Damme (daughter of action star Jean-Claude) as a protestor standing up for her cause. Yet there's another featuring a man who leans back on his couch, his abs glistening as he unapologetically bathes in his own money.

"We definitely aren't putting out agenda-driven advertising," said Equinox Executive Creative Director Elizabeth Nolan. "It's very much about people seeing the imagery and taking what it seems to them. We deliberately avoid giving distinct narratives."

"We've found that a level of ambiguity creates a lot of passion among our members and followers," added Mr. Becil.

Along with the out-of-home ads, at the crack of dawn on January 1, W&K New York staked out the Equinox club in New York's Flatiron district to capture the first member to come into the gym, now appearing in an online video illustrating "Commit to Something" in the real world.

The campaign will also continue in a series of animated "minifestos" telling quirky stories of commitment rolling out online and on social channels over the next couple months.

"We're not setting out to create fitness advertising," said Ms. Nolan. "Our tagline is 'It's not fitness; it's life,' and the work brings that to bear."

Read the full Behind the Work story on Equinox's "Commit to Something" on Adage.com. 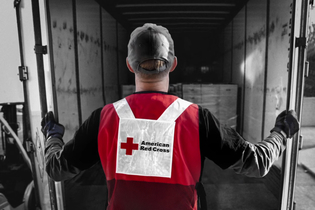 Equinox: Narcissism is a strength in Equinox's first campaign from Droga5

Equinox: Equinox 'Expands' the Definition of 'LGBTQA' With This Artsy Dance Film (and 20 More Letters)

Equinox: Equinox's Provocative Campaign Renews the Call to 'Commit to Something' in 2017