The Evian babies are back—with a purpose

Though the Evian babies have retired in the U.S., they’re still kicking up a storm in Europe. But now, instead of just living young, they’re living young—with a purpose.

In a new 45-second ad from BETC Paris, the bizarrely mobile and adult-like little ones groove to a cover of Disney’s “Bare Necessities" classic tune from "The Jungle Book,” performed by up-and-coming rap star Jay Prince. In the film, the babies are their typical fun-loving selves, frolicking in the office, twirling on the dance floor and cycling on the streets. But all that cavorting is punctuated with a new move: the final scene shows an Evian baby tossing a plastic bottle into a recycling bin.

The “Baby Bare Necessities” campaign shifts the brand’s “Live Young” mantra toward a more environmentally conscious direction and underscores the point that to “live young” doesn’t just mean to act young, it’s also about making “conscious living choices” and “focusing on the things that really matter,” the brand statement says.

The effort  ties Evian’s “Live Young” platform to its environmental goals for the first time. The brand has committed to make all its bottles out of 100% recycled plastic by 2025. The new work follows its recent “Flip It for Good” campaign encouraging consumers to recycle their bottles, and in turn, the brand will help to support efforts of environmental organization Plastic Bank.

“We’ve been using babies for more than a decade as a metaphor of youth and today we wanted to give the babies a voice,” said Evian global brand VP Patricia Oliva in the statement. “Because today living young is living with a sense of purpose, speaking up, advocating for a life that’s conscious and optimistic.”

Disney’s “The Jungle Book” film provided inspiration beyond the soundtrack, added BETC Founding Chairman and Havas Global CCO Remi Babinet. “We tried to capture all the wisdom and swagger of Balloo [the bear from the Jungle Book] in a way that still felt modern and celebratory,” he said.

The film, directed by Vania & Muggia via Iconoclast, begins running on June 12. The campaign also includes print, out of home ads and merch, including t-shirts and vinyl featuring a full-length version of the “Bare Necessities” cover, which will also be available on streaming platforms. 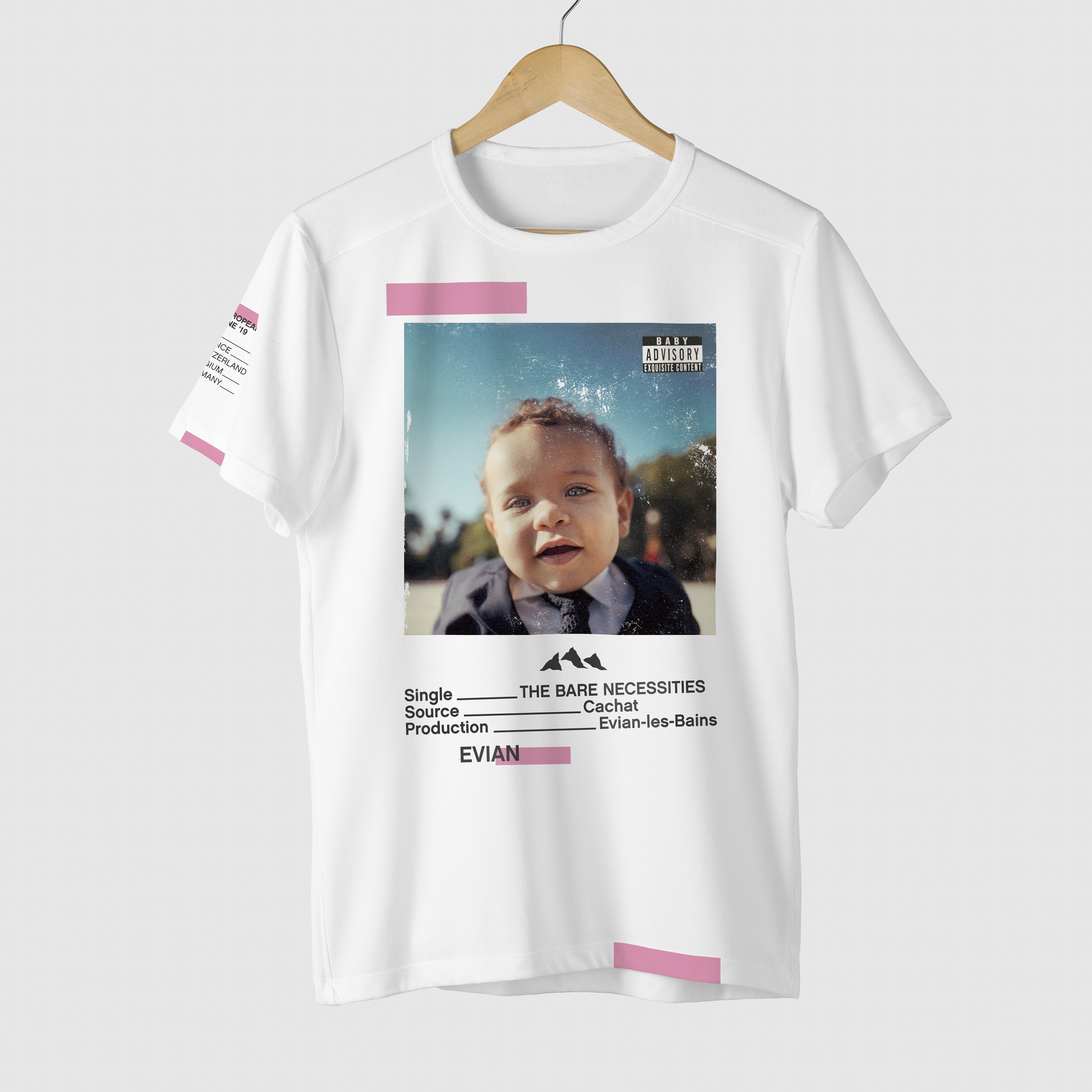 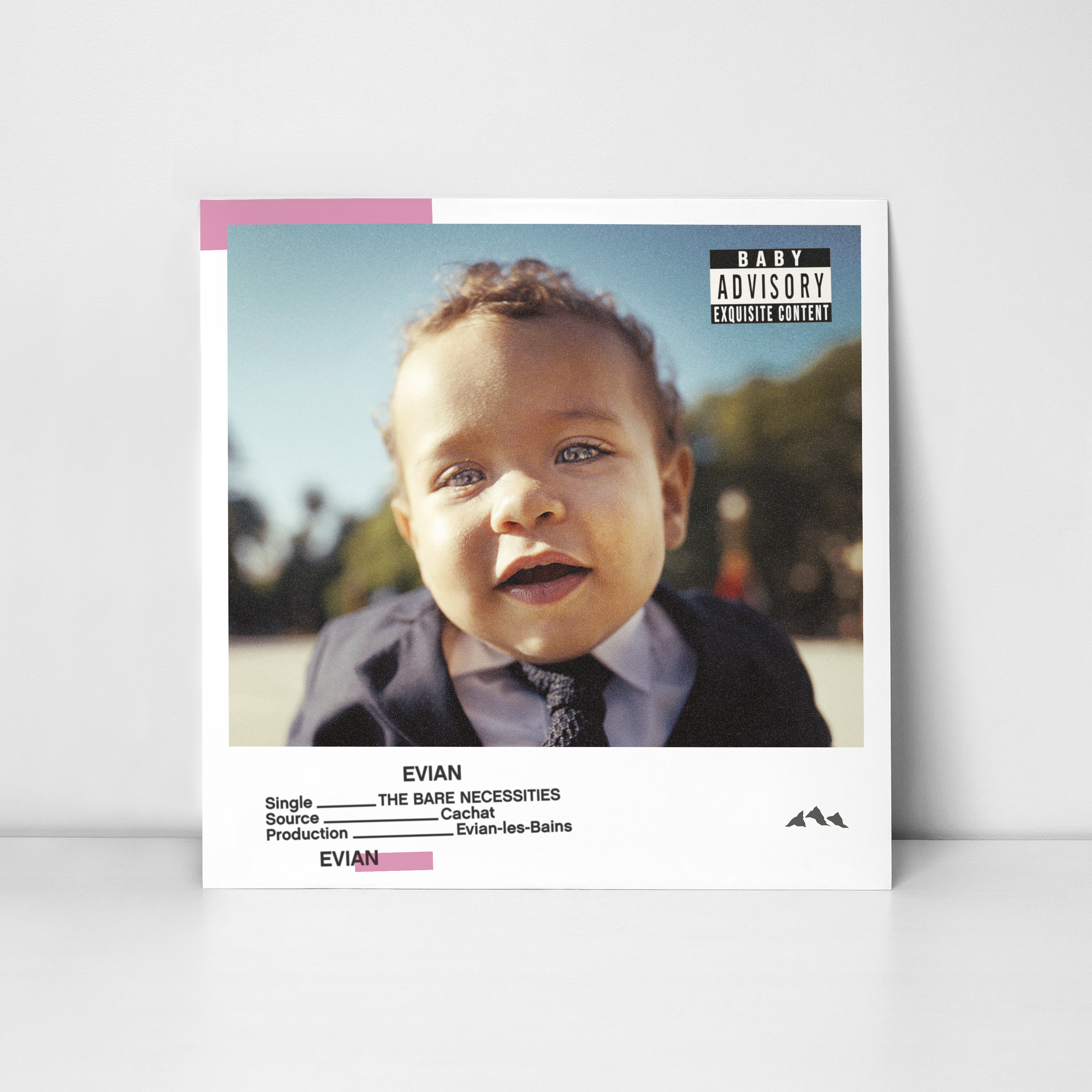 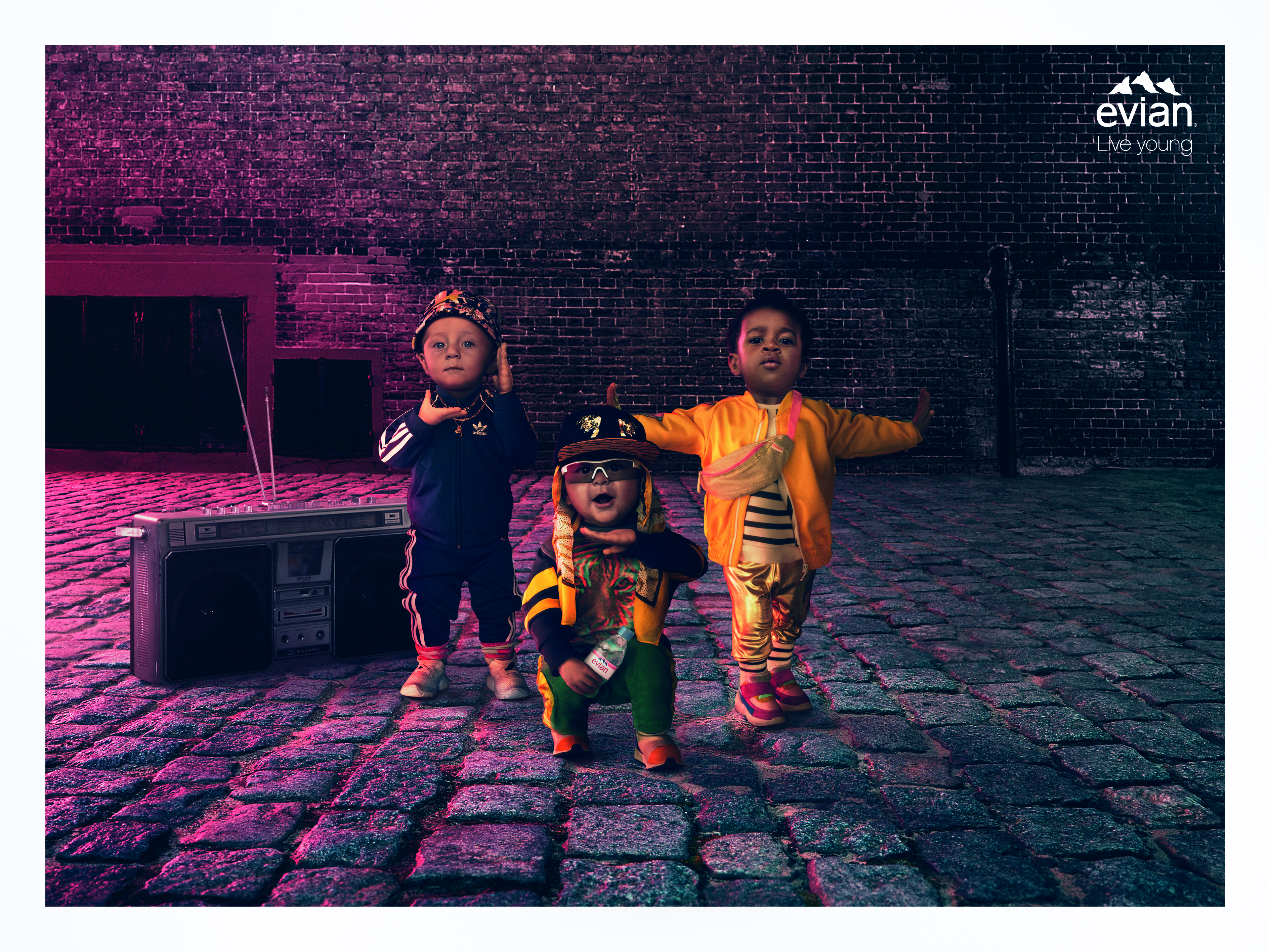 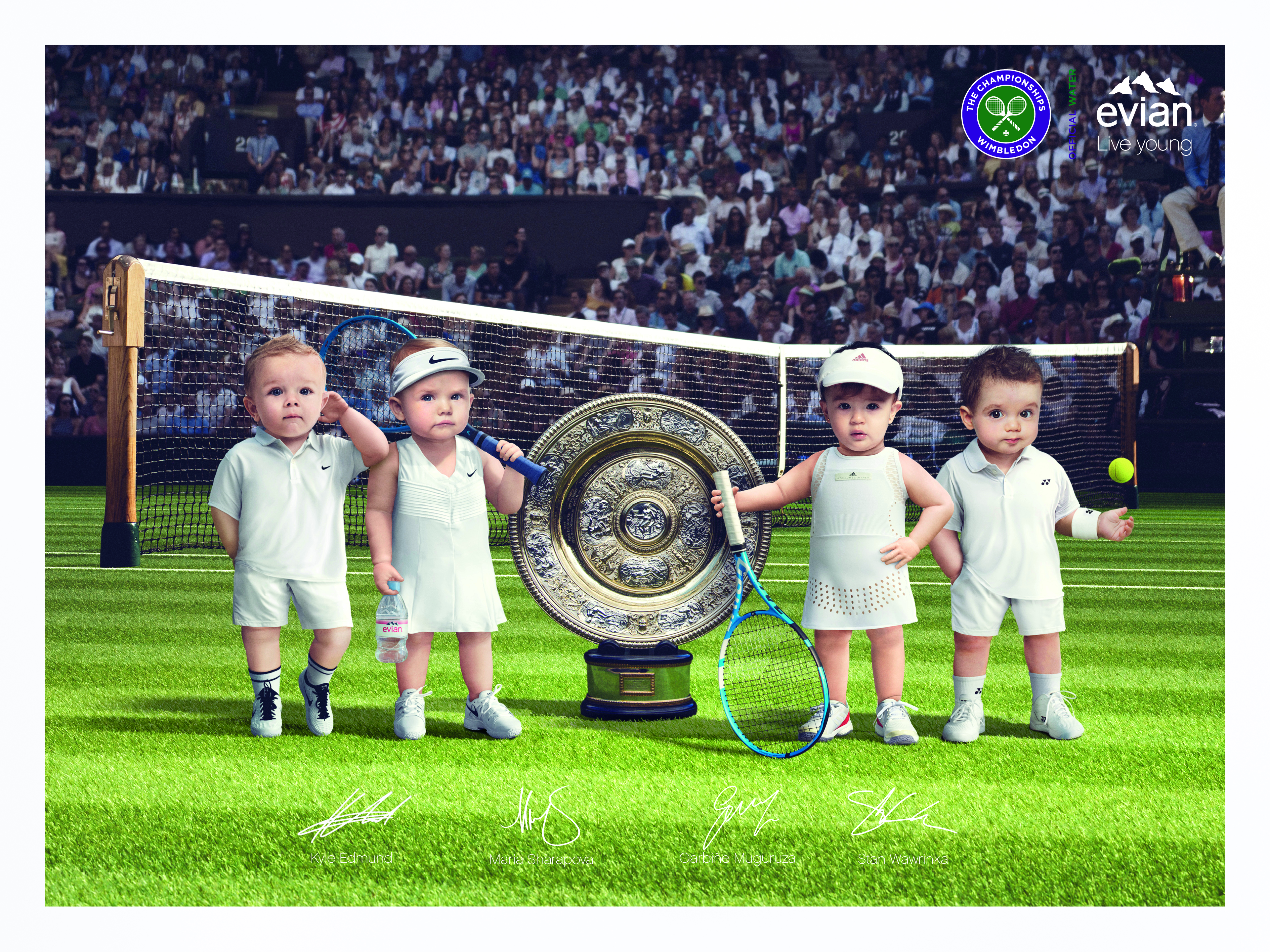 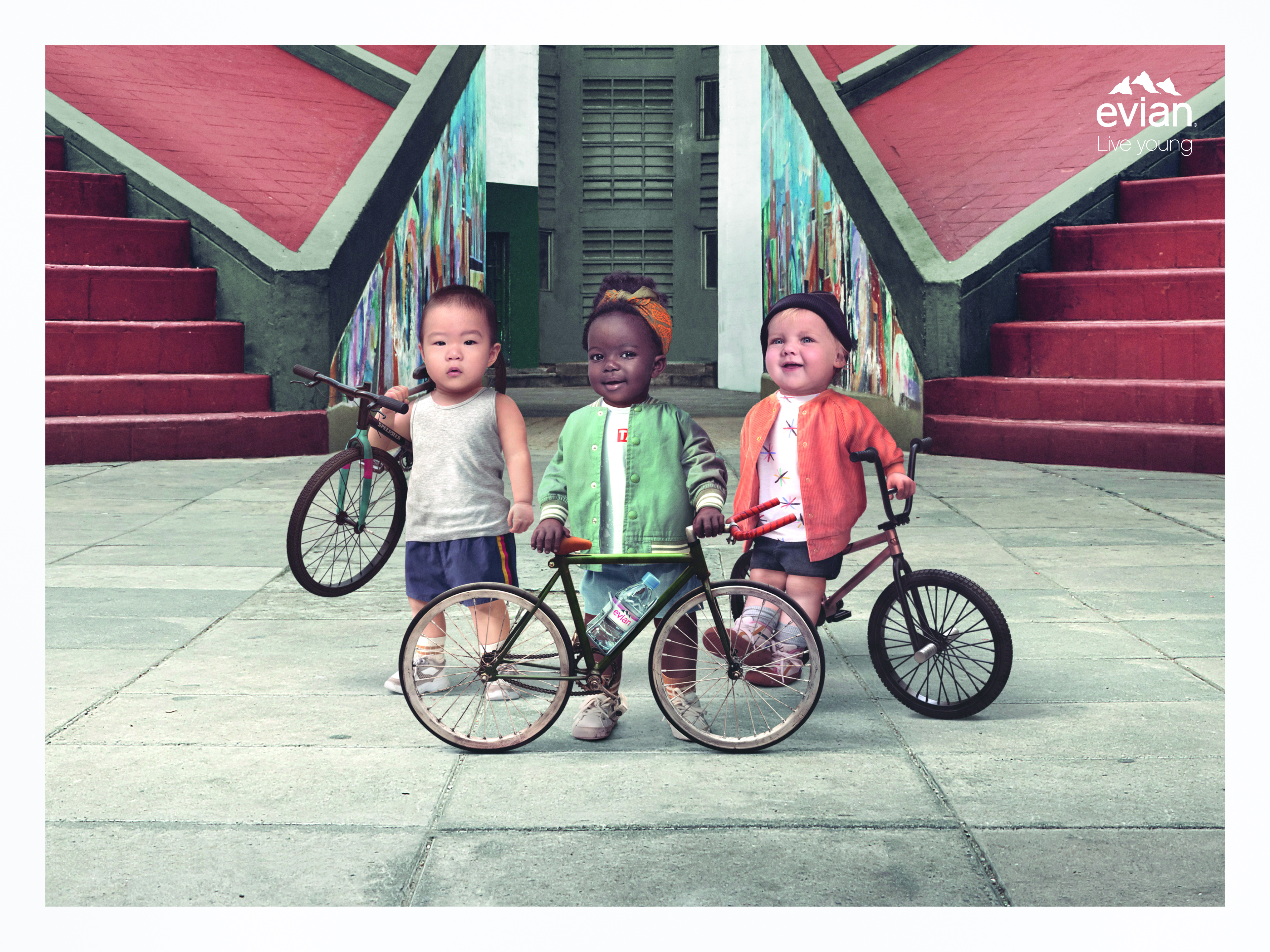