Today, "Fearless Girl" wears something special to pay homage to the OG of women’s rights, the late Ruth Bader Ginsburg.

Today, in a full-page New York Times ad from State Street Advisors, she dons a lace collar, just like the one often seen on Ginsburg, who passed away on Friday. Above her reads the line, “Here’s to the original.” 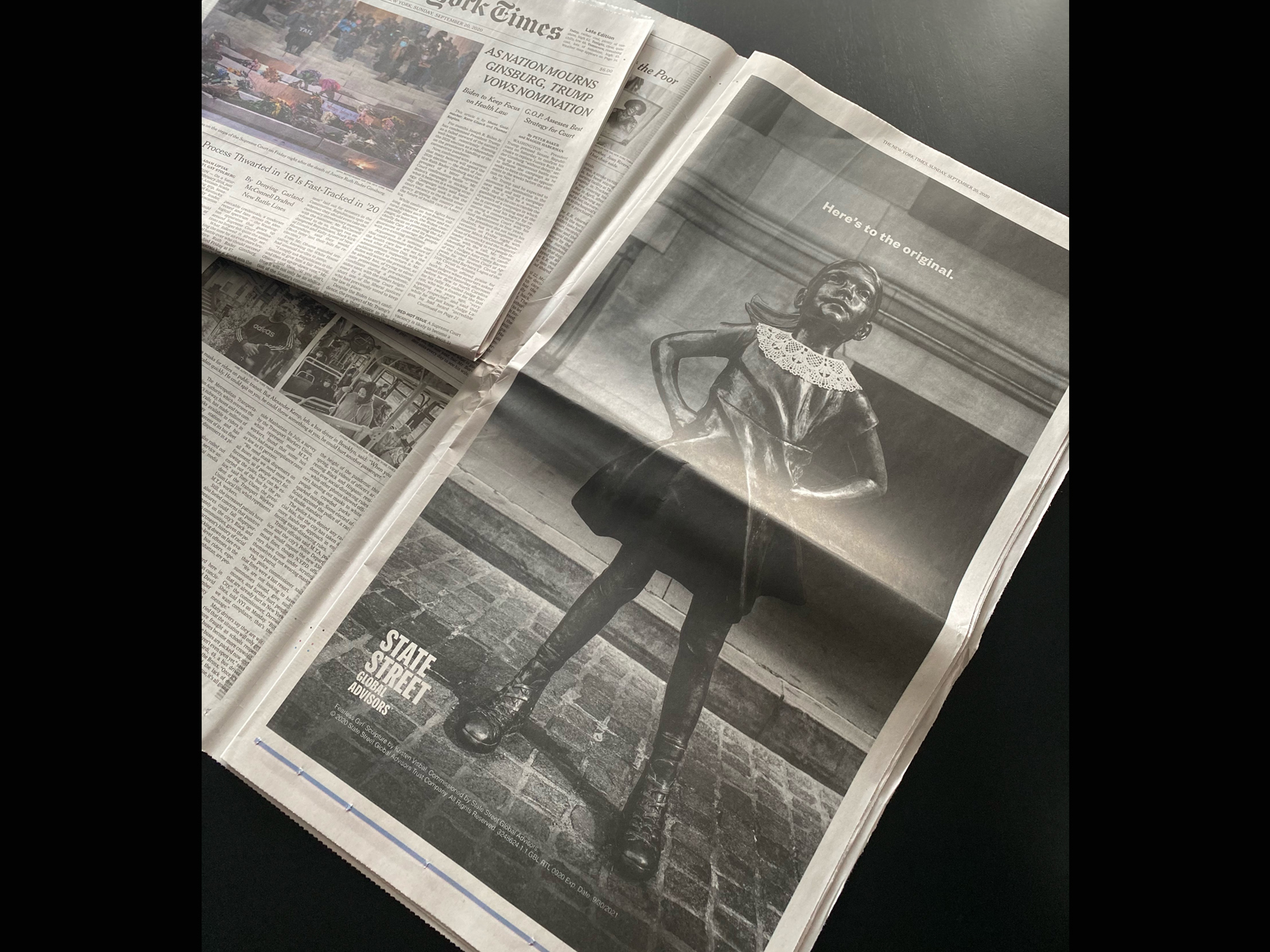 Ginsburg’s collars were famous not for simply bringing a flourish to her dark judicial robes. According to the New York Times, they were a statement meant, to “unapologetically feminize” the traditionally “male” uniform. They also served as a “weapon” to punctuate her decisions—she wore her frilly crocheted neck wear when making majority opinions and a more spiky piece when making a dissenting one.

The statue from State Street Global Advisors and McCann first appeared in 2017 and went on to sweep the awards circuit while also becoming a widely embraced mainstream monument to female empowerment.

The new ad was created out of McCann yesterday in under eight hours, from ideation to approval. The collar was pulled from an RBG costume of one of the agency’s staffers and then placed onto the statue, which now stands across from the New York Stock Exchange.

State Street Global advisors already had the Sunday ad space, originally intended for a mask statement (below). But with news of Ginsburg’s death, the company quickly changed course to create the new memorial with McCann. 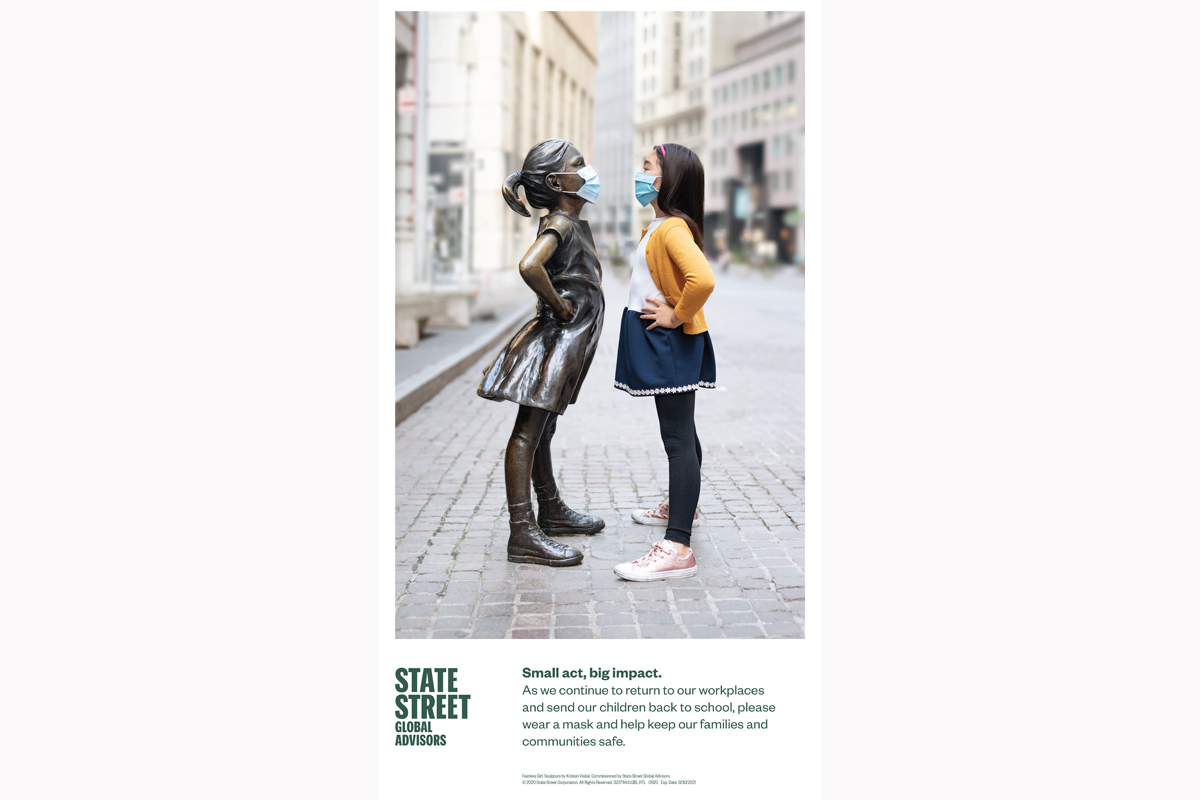