Raleigh, N.C.-based agency McKinney & Silver recently did an unusual gatefold newspaper ad on behalf of the Audi A6, in Montreal's La Presse. It's about an A6-owning family of stargazers who've seen three eclipses together, amo

Raleigh, N.C.-based agency McKinney & Silver recently did an unusual gatefold newspaper ad on behalf of the Audi A6, in Montreal's La Presse. It's about an A6-owning family of stargazers who've seen three eclipses together, among other wonders, and it includes this bit of wisdom, uttered by the 13-year-old daughter: "Meteors will break your heart." As for the origins of the idea, "Because the gatefold piece was actually wrapping the business section of the newspaper, we needed to create something that would not be immediately discarded," says writer Colin Dodd. "Beyond that, we wanted to give people a reason to stick with us for a moment or two, and to reward them for that. Comics offer a maximum use of the space, the ability to create characters, tell a story and to draw people in. We also wanted to do something particular to Montreal. I'm a big fan of [Montreal comics publisher] Drawn & Quarterly and I had a general notion that Montreal is an epicenter for comics and graphic arts in general. We wanted to pay homage to that aspect of Montreal's culture and participate in it at the same time." Adds AD Ryan O'Hara, "Another important factor was the untraditional media buy. This was La Presse's first offering of a gatefold and it had an extremely large amount of space. However, our photography resources for this typical model were very limited. Through the use of the comic illustrations, we were able to showcase the A6 from any angle imaginable." 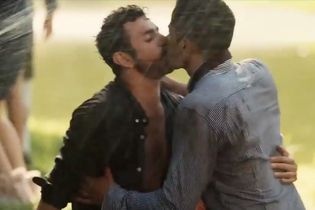 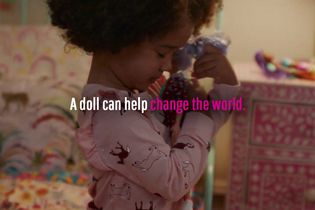