Domino's Pizza—now with a side of Google Pixel phone

Google is delivering thousands of its newest phones today in what can literally be described as a cheesy collaboration with Domino’s Pizza.

To showcase the Pixel 4's hands-free functions, Google decided people should test out the new phones while their hands are occupied holding pizza. So Google is sending the Pixel 4 to select people across the U.S. packaged in special pizza boxes that have the device nestled above an actual Domino’s pizza.

The plan has a very YouTube-driven idea behind it. Videos in which people record themselves opening new gadgets and toys, known as unboxing videos, are popular, as Google knows (it owns YouTube). Google decided to put its own twist on unboxing, a concept already baked into the minds of YouTube creators and their viewers.

The deliveries are being sent to more than 50 influencers and YouTube creators who are already fans of Google and Pixel devices in the hopes that many of them will post about the product on YouTube. On the inside of the box are suggestions such as telling the Google Assistant to play the Genesis song “Invisible Touch” and then swiping above the device to skip to the next track, says Adrienne Hayes, VP of marketing for Google hardware.

Along with the influencer set, Google is sending the packages to people who can actually influence purchases at the retail level. About 5,000 phone salespeople are getting the special deliveries, as Google wants them to try out the phones and, hopefully, recommend them to customers. 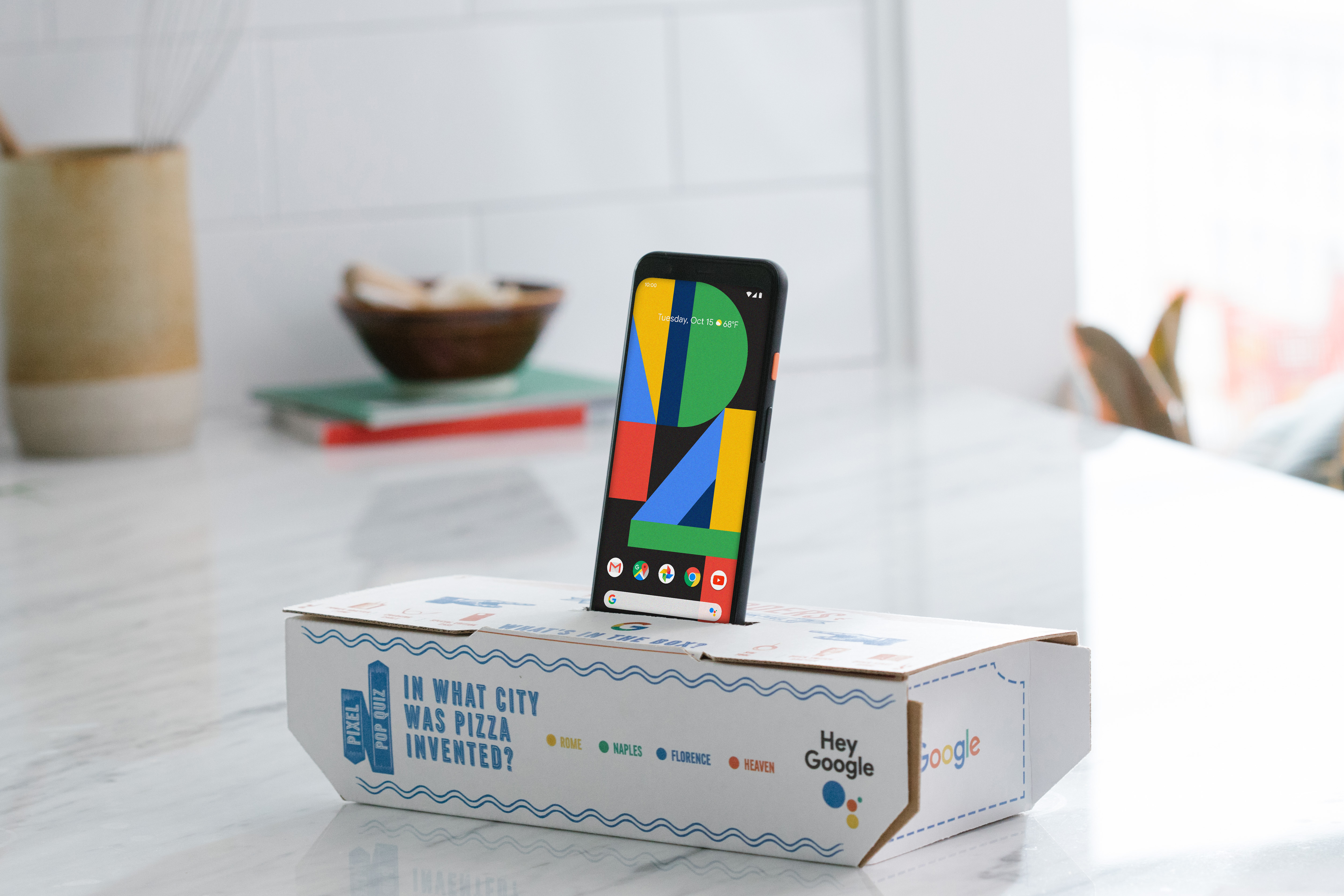 The marketing effort is Google’s fresh take on trying to stand out with the latest in a series of phone launches. The Pixel 4, which starts at $799 and hits stores Oct. 24, comes weeks after Samsung and Apple each rolled out their latest phones. Google’s devices have less recognition than those competing brands.

“We consider ourselves a challenger in that regard,” says Hayes.

The Pixel 4 and pizza arrive together in a special Domino’s box with artwork including the Pixel 4 name and lines such as “Hot, Fresh and Hands-Free.” The phone is nestled inside a section labeled “Premium Topping.”

Recipients can follow instructions written on the box to set up the phone without using their hands. A separate “side orders” box contains accessories such as a charging cable, case, and guide, and can act as a place to store the new phone as one eats the pizza and tries out the device’s hands-free features. The effort is meant to promote the phone’s gesture-based features, which allow users to do things like swipe the air to switch songs. There’s also a prompt to ask in what city was pizza invented.

Reaching out to Domino’s made sense, as it is seen as a tech innovator in the pizza category, especially in areas such as delivery, and is the market leader. And the brands are familiar with each other, as Domino’s orders can be placed through the Google Assistant.

Domino's, meanwhile, might appreciate the marketing boost. The leading pizza chain is busy fending off competitors including other restaurants that are partnering with services such as Uber Eats and Grubhub for delivery. Domino's is still growing, albeit at a slower clip. Its third-quarter sales at longstanding U.S. restaurants rose 2.4 percent, down from an increase of 6.3 percent in the same period a year earlier. Domino's now expects U.S. same-store sales growth of 2 percent to 5 percent over the next two to three years, versus a prior forecast of 3 percent to 6 percent growth over the next three to five years, it said last week.

Google said VMLY&R worked on the project and did not disclose spending. 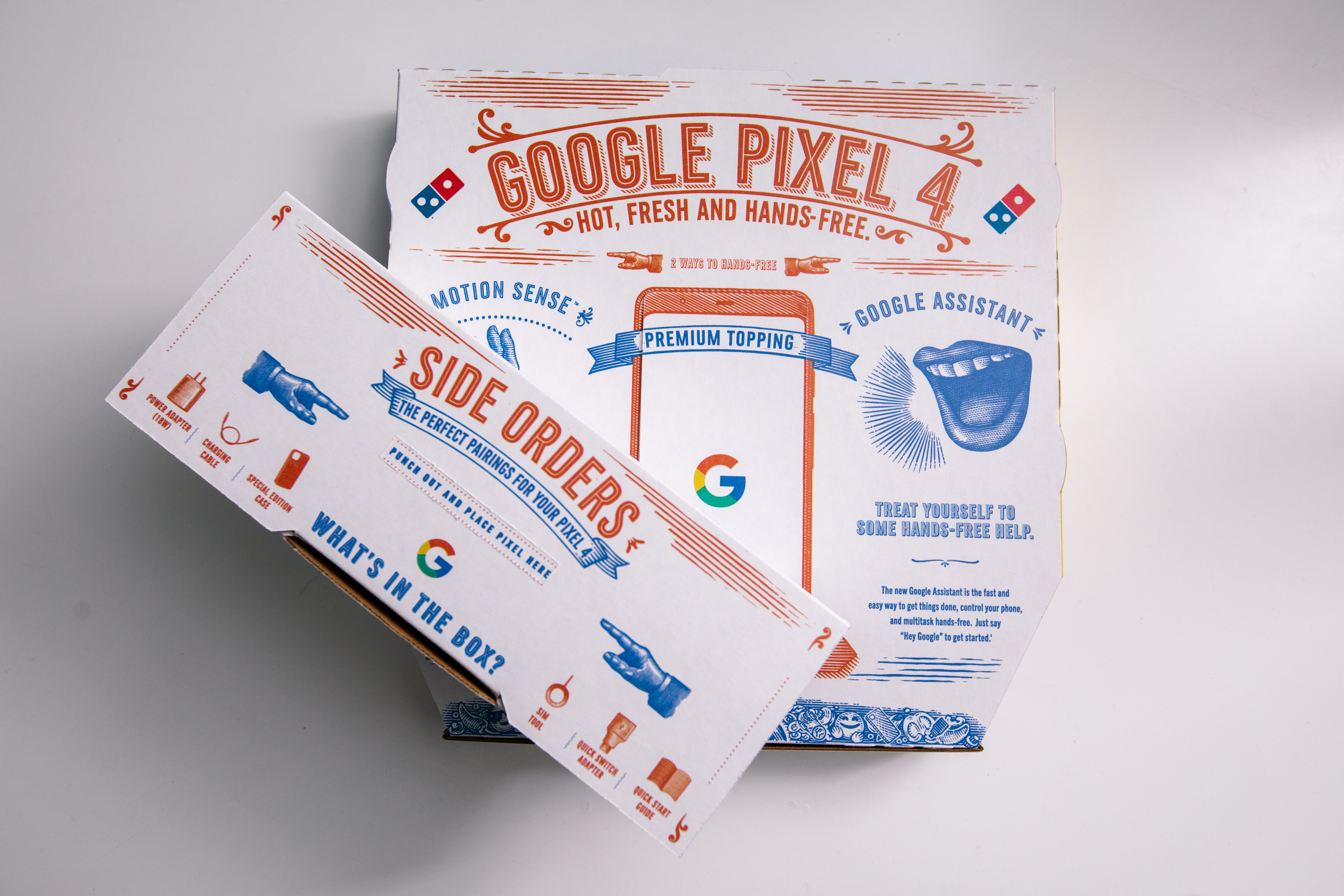 These provocative billboards tell Swedes that their passwords are literally 'shit'

Munching on Lay's chips can now switch on YouTube subtitles

Domino's: Domino's sets a goal for those bored at home: Make a film about the brand and score a year's worth of free pizza