Best of 2021: Heinz asked people to draw ketchup and this is what happened

Campaign from Rethink leveraged the iconicism of the brand

At No. 1: This genius idea for Heinz Ketchup from Canada's Rethink banked on the iconicism of the popular condiment with a simple premise—ask consumers to "draw ketchup." What they came up with proved a huge point—that when it comes to the red stuff, one brand rules.

Heinz Ketchup recently decided to conduct a little experiment. Along with its Canadian agency Rethink, it invited consumers across five continents to “draw ketchup.”

Fortunately for the brand, the majority of them drew bottles of Heinz—going so far as to include the brand's name and logo (albeit with one misspelling), its famous “57” number and the tomatoes on the vine that appear on its label. There was one outlier, however, and he drew mustard.

In partaking in the experiment, the only thing that subjects "knew was that they were participating in an anonymous social experiment for a commercial," says Rethink Managing Partner and ECD Mike Dubrick. "They had no idea what brand it was for."

And the results were legit, he says. Well, outside of mustard guy, "one person also drew a red blob," he says. But everyone else went straight to Heinz. "Whether it was the glass bottle, the logo with a tomato, or simply just HEINZ scrawled across the bottle, it was pretty amazing to see."

The stunt highlights the global iconicism of the brand and its packaging. Heinz took some of the sketches so far (even the poor ones) and is featuring them in an online video as well as digital billboards.

Heinz is also inviting others to join in the fun and add their own drawings at DrawKetchup.ca. Through Jan. 31, Canadians can submit their drawings on the site for a chance to win one of 250 custom Heinz bottles featuring their label. 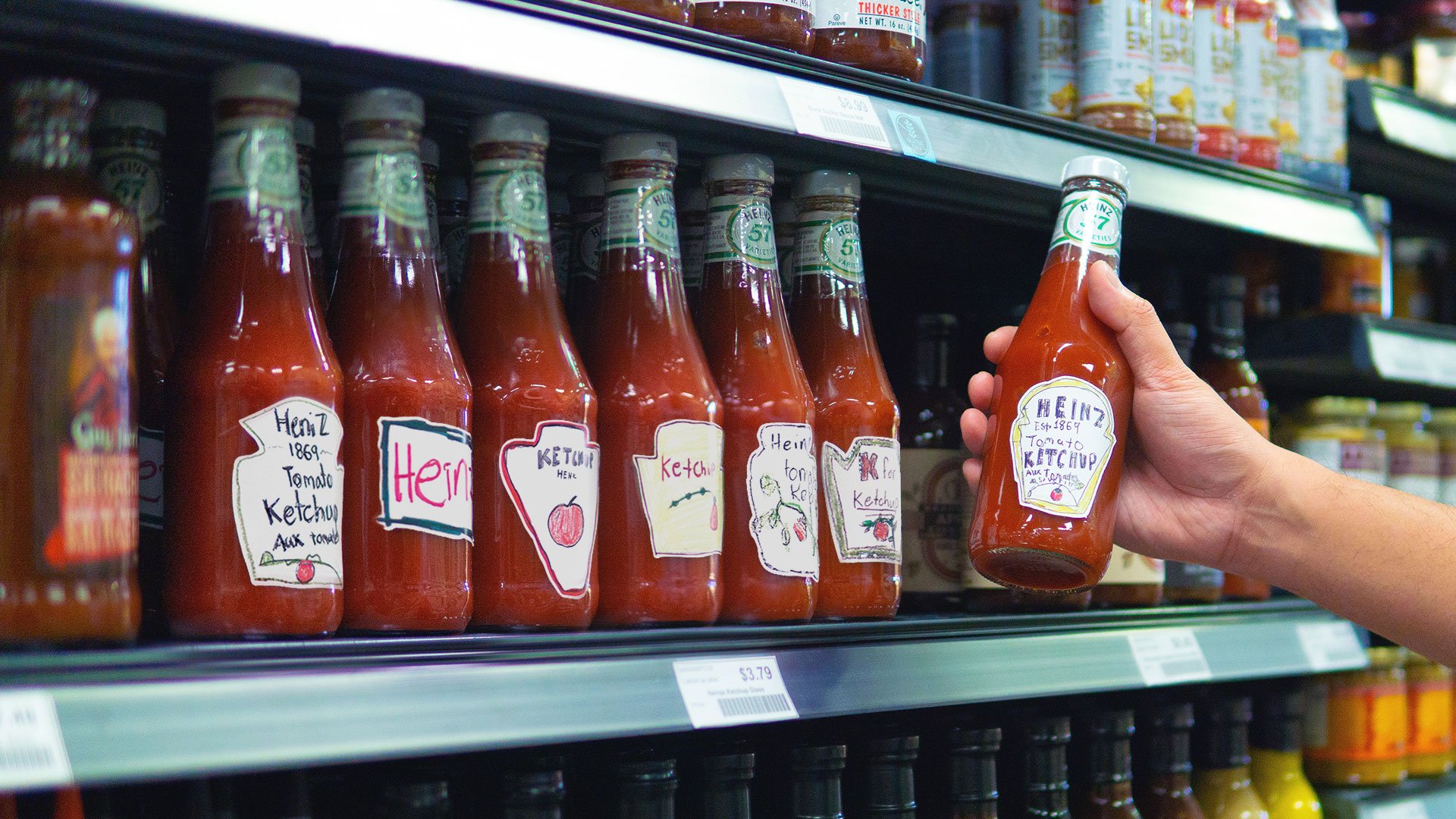 “Consumers love the unmistakable taste of Heinz, and people around the world give credit to Heinz Ketchup as the original and only option out there,” said Daniel Gotlib, associate director of brand building and innovation at Kraft Heinz Canada. “We wanted to uncover that instinctual and intuitive association consumers have between ketchup and Heinz. When we anonymously asked consumers to simply draw ketchup, we learned that when people think ketchup, they think and visualize Heinz—everything from our deep red colour and distinctive name to the keystone label and, of course, our iconic glass bottle."

Carat was behind the media for the campaign while PR was via the Colony Project. 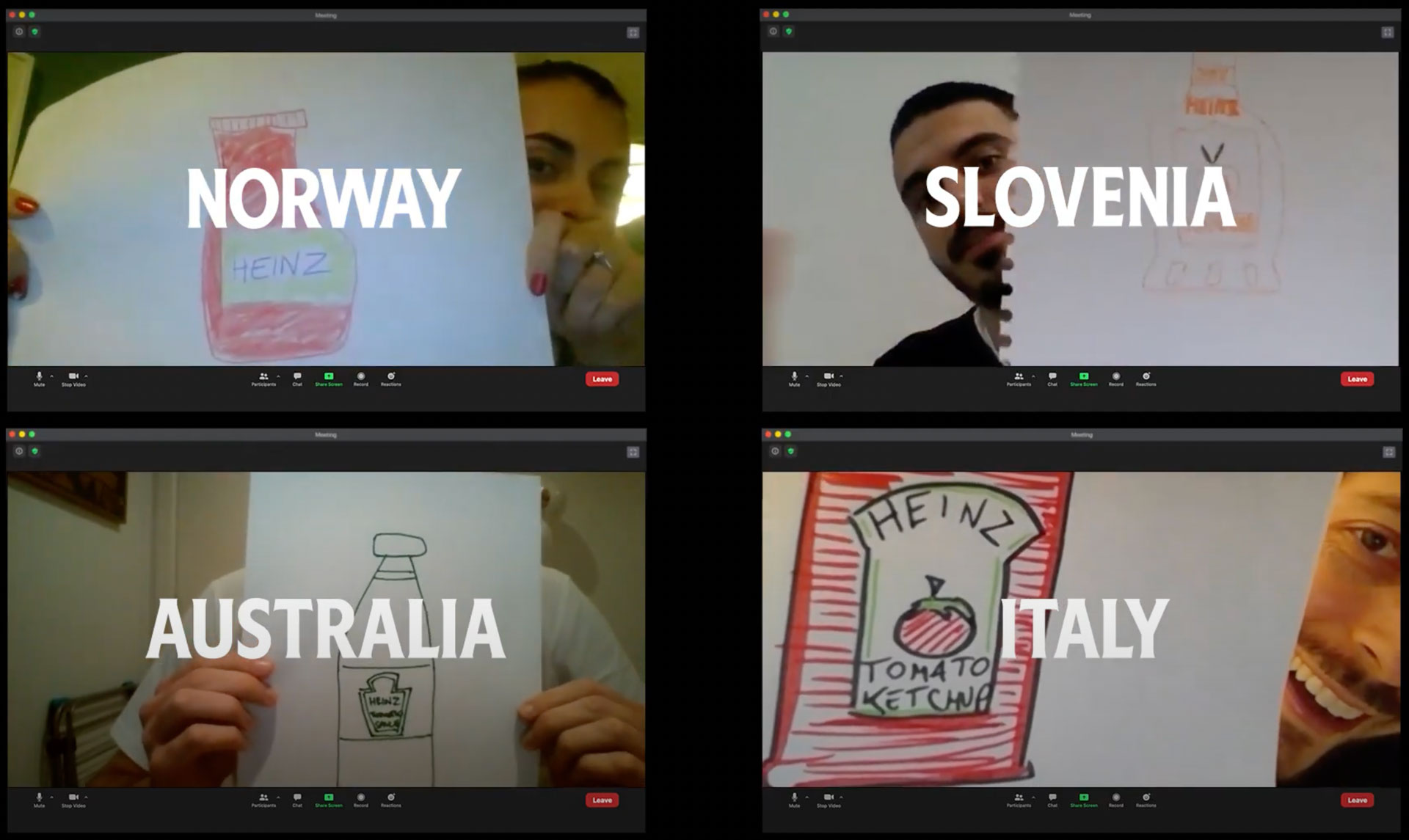 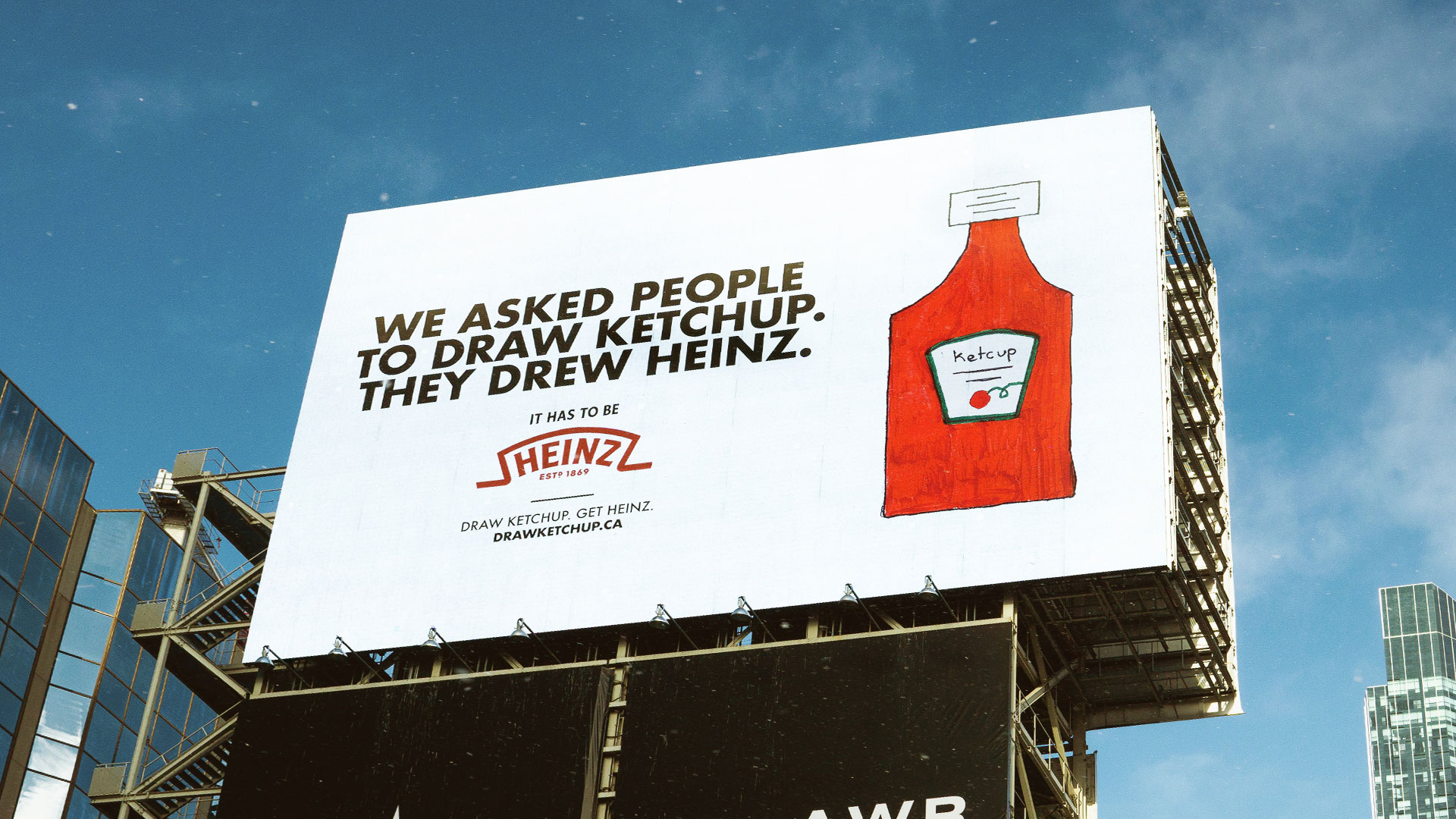