Hershey's summer chocolate bars feature Emoji (even the Poop one)

Hershey’s bars are getting a social media-ready makeover for the summer, with the chocolate bar's brand name replaced by 25 popular emoji images.

Yes, before you go there, the poop emoji is one of the 25 to grace the small brown pieces of chocolate.

Instead of the “Hershey’s” etched into each of the rectangular pieces of a milk chocolate bar, an emoji will be shown in its place.

Apparently, the research for this summer marketing effort went beyond asking staffers which emoji they use most often. The 25 emoji were chosen by parents and kids “to feature meanings that would help to spark a conversation and make new connections,” Hershey says.

The poop emoji will be featured on one out of every seven bars, Hershey says. (And yes, parents as well as kids chose it, the company says.) Other emoji include thumbs up, 100, face with tears of joy, wink, smiling face with heart eyes, blowing a kiss, smiling face with sunglasses, ghost, cowboy hat face and balloon. 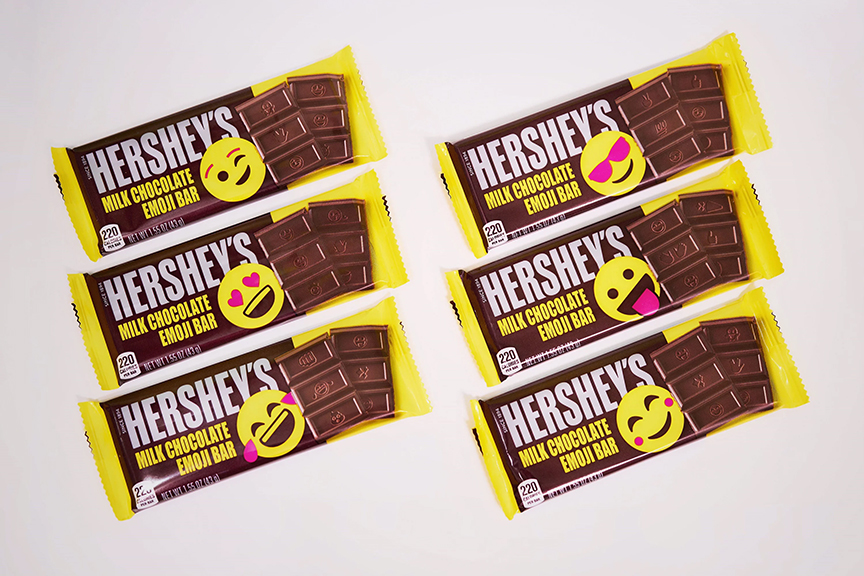 Hershey even presents research showing 87 percent of kids agreed the Hershey’s emoji bar is something they’d want to share with others. (The company says the research done on its behalf was fielded through Synqrinus to 500 kids ages 8 to 13 and 500 parents of kids in the same age range.) 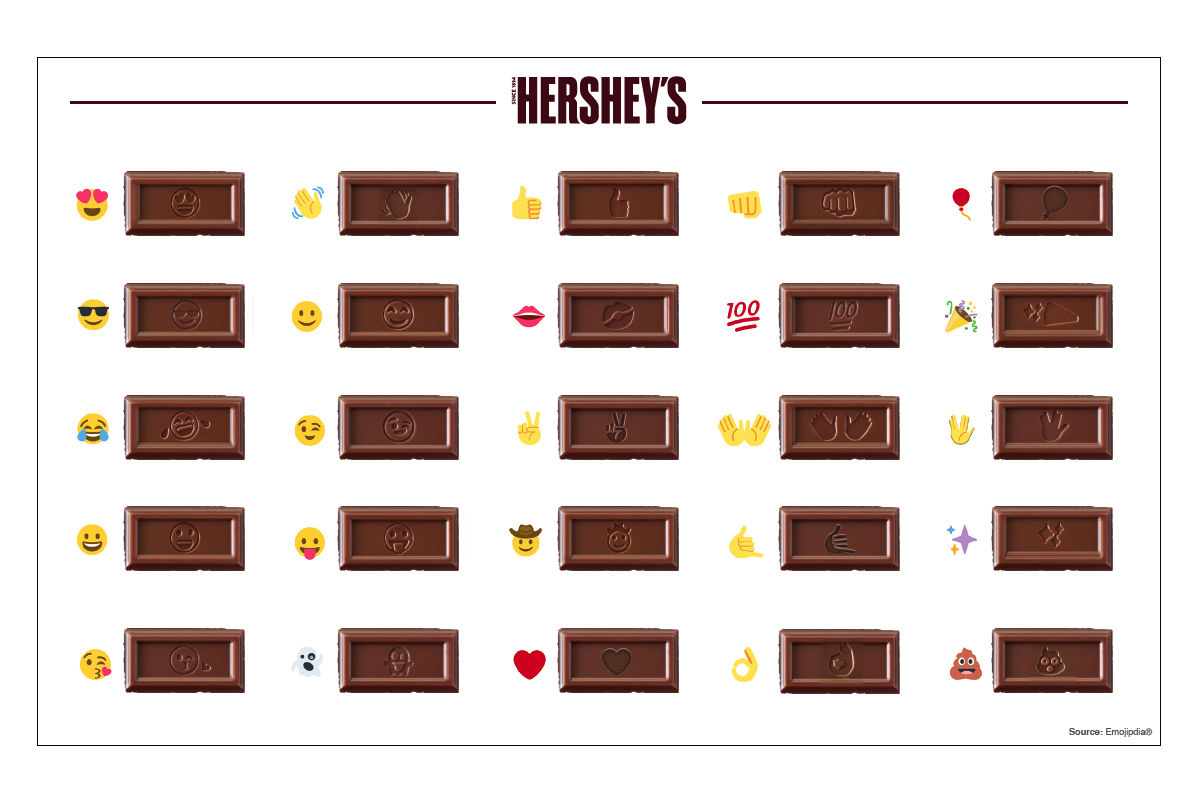 Parent company Hershey Co. could use the boost as it aims to increase total sales 1 percent to 3 percent this year. First-quarter sales rose 2.3 percent. But those are sales to retailers. Purchases by U.S. consumers, or U.S. retail takeaways in industry lingo, fell 5.2 percent this year through April 14, the company said on April 25. U.S. retail takeaways of candy, mint and gum were down an even steeper 6 percent over the same period. Hershey said the results were in line with its expectations, due in part to a later Easter (April 21, 2019 vs. April 1, 2018), and said its preliminary Easter results were strong.

Milton Hershey first sold chocolate bars in 1900. Hershey’s isn’t the only older snack brand trying to stand out with a bit of summer news weeks before the official start of the season. Oreo, which has been around since 1912, on Monday announced one returning flavor and four new ones meant to spark more interest in the leading cookie.

Hershey's: Hershey's turns its packaging into a gallery for female artists

Hershey's: Going for the Gold: Here's the First New Hershey Bar in 22 Years