As part of our AAPI Heritage Month Creative Excellence series, North America Chief Brand Officer Brad Hiranaga looks back on how the company tried to lead 'as humans first' with the ‘Black Voices Create’ campaign 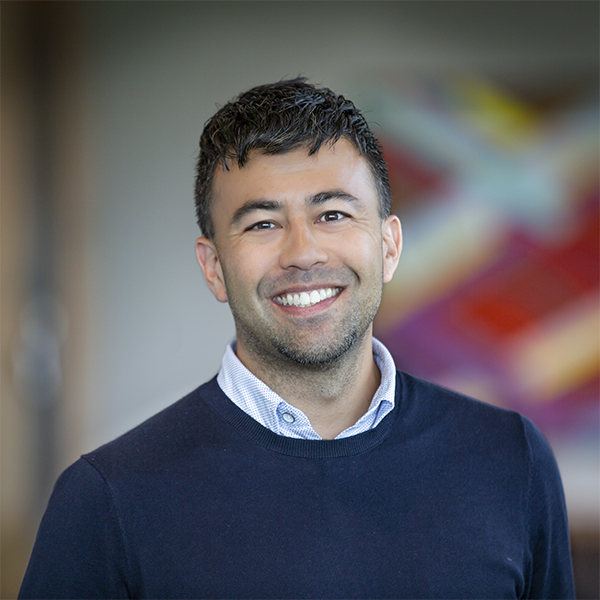 Our AAPI Heritage Month Creative Excellence series continues with Brad Hiranaga, North America Chief Brand Officer for General Mills. In his role, Hiranaga has steadfastly worked with his team to differentiate iconic brands such as Cheerio’s, Annies, Lucky Charms, Nature Valley and Yoplait in a human way. He has also introduced innovations to the tried and true, such as in the digital reinvention of “Box Tops for Education.” Over the course of last year, given the trials the country has undergone, he and his teams have become more deliberate about how they address key areas of education, food insecurity, equality and representation.

As someone who is bi-racial, Hiranaga is proud of his family's Asian culture and appreciates the diverse experiences it has afforded him, helping him to develop an open mind and appreciate the unique diversity of others. He's passionate about speaking out and taking action in support of the AAPI community and believes in the power of using his voice and platform to create awareness, initiate difficult but important conversations and encourage allyship.

This week’s guest editor, Anomaly L.A. Partner and Chief Strategy Officer Aisea Laungaue describes Hiranaga as “a tireless advocate for change—both in how big brands go to market and how they market to new audiences. Brad has used his difference in the boardroom to change the way we present families in a more modern America.” He’s also “genuinely one of the best marketers I’ve had the pleasure of working with,” Langaue says.

Hiranaga’s story coincides with a dark day in U.S. history. One year ago in Minneapolis, home of General Mills’ headquarters, George Floyd was murdered at the hands of local police, once again sparking unrest throughout the country. The situation promised to be tricky terrain for brands—should they step in, and if so, how? Addressing this challenge would be a crucial one for General Mills’ Gushers, whose strength has largely been built on its marketing and partnerships in Black culture. Here, Hiranaga shares how in the face of pushback, he and his team navigated a way for the popular snack brand to become a part of the conversation around racial injustice.

The onset of COVID-19 early last year brought with it a lot of uncertainty and fear. Then, the fight for racial justice came to the forefront following the tragic murder of George Floyd right in our hometown of Minneapolis. And for so many—as humans first, and also as professionals—this past year meant adjusting to a new normal way of life at home and at work, while trying to navigate the reality and emotional impact of racial injustice.

The experiences people wanted and needed from brands rapidly shifted to become more purpose-driven. And candidly, because of that, our brands stepped into some of their best marketing as they became even more focused on the challenges that consumers were facing, and extremely intentional about solving real problems for them.

And during the dual pandemic, at the height of racial tension, one of our brands who has built their marketing and partnerships in Black culture—Gushers—believed they needed to respond in support of their consumers. When the brand initially announced they were working on creating space to amplify the Black community and their voices, they received some pushback—why would a fruit snack brand speak out? It was a moment where we had to pause and truly reflect on the responsibility we have as marketers, and the team did an incredible job debating what the right thing to do was.

Ultimately, we decided to move forward because we believed in what we were doing, and Gushers used its platform to elevate young Black creators through the “Black Voices Create” campaign. It was so much more than an ad—it was an action, and it was true to what Gushers stood for as a brand.

To start, they donated $200K to the NAACP, but knew that wasn’t enough. They recognized that Black voices create culture, art, movements, joy, love, change and so much more, but their voices are often suppressed across many social platforms. They also knew that their teen consumers wanted to give back and get involved in the fight against racial injustice but might not have the financial means to do so.

In an effort to give a voice to those being suppressed within the Black community, Gushers came up with the idea to use TikTok videos and #BlackVoicesCreate as tools for change—turning their brand into a stage for young Black content creators to express their own, unique creativity. Partnering with four young Black creators on the TikTok app, for every “like” their #BlackVoicesCreate videos received, Gushers donated $1 to the NAACP Youth and College Division, up to $200,000.

Within just 24 hours, the creators’ videos received over 325,000 likes and over 1 million views. One week later, they surpassed 7 million views and 1 million likes. And more importantly, the creators’ following on TikTok has grown as a result of the campaign—helping to elevate their voices for a longer-term impact.

What I’ve learned through the “Black Voices Create” work has had an impact on me personally and has shaped my thinking as I move forward in my career. It is a pivotal point for me to remember: the opportunity and responsibility marketers have to add value to the world through their work, the importance of a strong team who believes in what they can do, and the need to put actions before words to drive impact and positive change.

At the end of the day, it isn’t about the brand—the brand is the platform to be a force for good in the world. We have to lead as humans first and focus on using our brands to drive good and growth.

Want to see an action for change? @therealgushers and @fruitbythefoot have partnered with me to help bring awareness of how ##BlackVoicesCreate ##ad