This is how much sleep Americans lost on Election Night, according to a wearable tech brand | Ad Age
Skip to main content
CREATIVITY
Sign In Register

This is how much sleep Americans lost on Election Night, according to a wearable tech brand

Oura campaign from Mischief @ No Fixed Address tapped anonymized data from users to estimate the zzz's people missed after Nov. 3

The campaign out of Mischief @ No Fixed Address featured on one of the most prominent billboards in New York Times Square, broadcasting the following:

Overall, Oura data found an increase in stress and anxiety levels of its users. The findings are not an exact measure of Americans’ actual sleep patterns on Tuesday night. Rather, Oura extrapolated data from an aggregated and anonymized data from its tens of thousands of users across the U.S. Applied to the general population, the calculations showed that Americans lost 25.20 minutes of sleep on average on Tuesday, which amounts to the figure on the billboard, 138,833,045 hours of lost snooze time.

The ad follows in the footsteps of other brands like Spotify who have found creative ways to leverage user data in their marketing. “Taking a step back and looking at population level data allows us to explore new insights around cultural moments, to make discoveries we may not have seen before,” said Harpreet Rai Singh, Oura CEO in a statement.

“Right now the country is going through such an emotional and stressful time,” added Michief @ No Fixed Address CCO Greg Hahn. “No matter what side of the aisle people are on, we’re all sharing this anxiety. This is a moment to remember that we’re all human, and stress takes a toll on all of us. We wanted to bring Oura’s understanding of overall health to life in a meaningful way.” 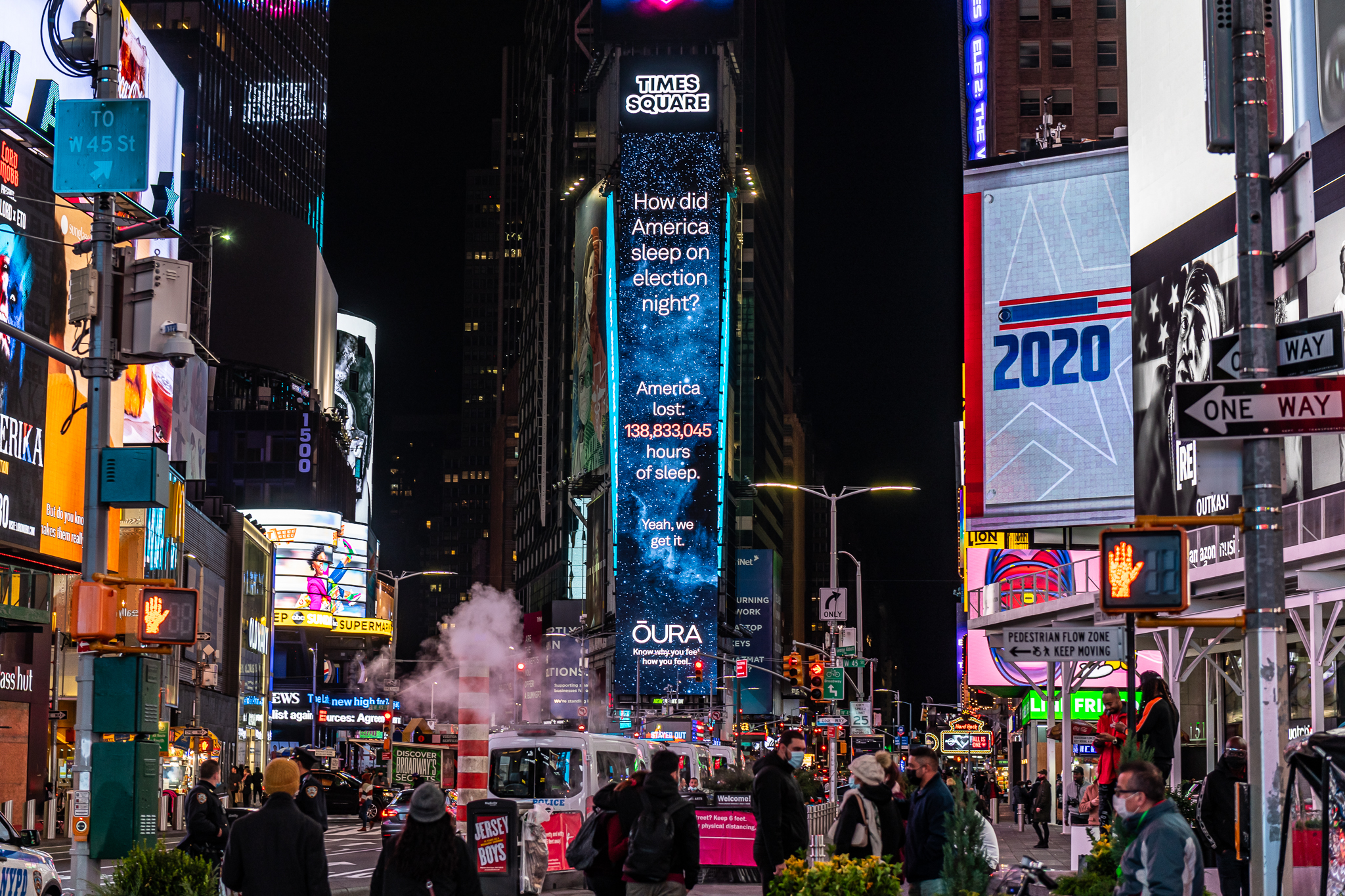 Oura: Oura tells you whether to keep snoozing or jump into your workout in brand campaign from Mischief