IHOP, eager to see if figurative lightning can strike twice, is back with a burger-centric campaign.

In case you’ve forgotten, June 2018 was when IHOP began calling itself “IHOb,” flipping the P that stands for pancakes in its acronym of a name into a b for burgers. The name change occurred everywhere online and at one actual restaurant. It worked really well even as it annoyed plenty of people.

This time around it’s playing up the “P” in IHOP by referring to the burgers as pancakes. It’s also selling a limited-time burger that includes a pancake (more on that in a bit).

IHOP is using some of the snark and frustration posted on Twitter during last year’s “IHOb” campaign in its new push, which again comes from Droga5.

To all those grammarians annoyed by “IHOb,” get ready to see references to “The Bancake List,” a list of people who were less than kind on social media about the burger hype. People who tweeted about the name change might find themselves banned from IHOP and placed on “The Bancake List” unless they tweet something nice. Brand fans, of course, will also be included in this year’s attempt at sparking a social media moment. And there are chances for people to win gift cards, seemingly to try the new burgers.

Three new burgers are the focus of three spots that begin airing Monday. The main attraction, which for now is a limited-time item, is the Big IHOP Pancake(Burger). Much like the placement of that middle bun in a Big Mac, this has a buttermilk pancake that’s been griddled with Cheddar cheese nestled between two burger patties. The whole shebang is served on a bun with American cheese, bacon and sauce. 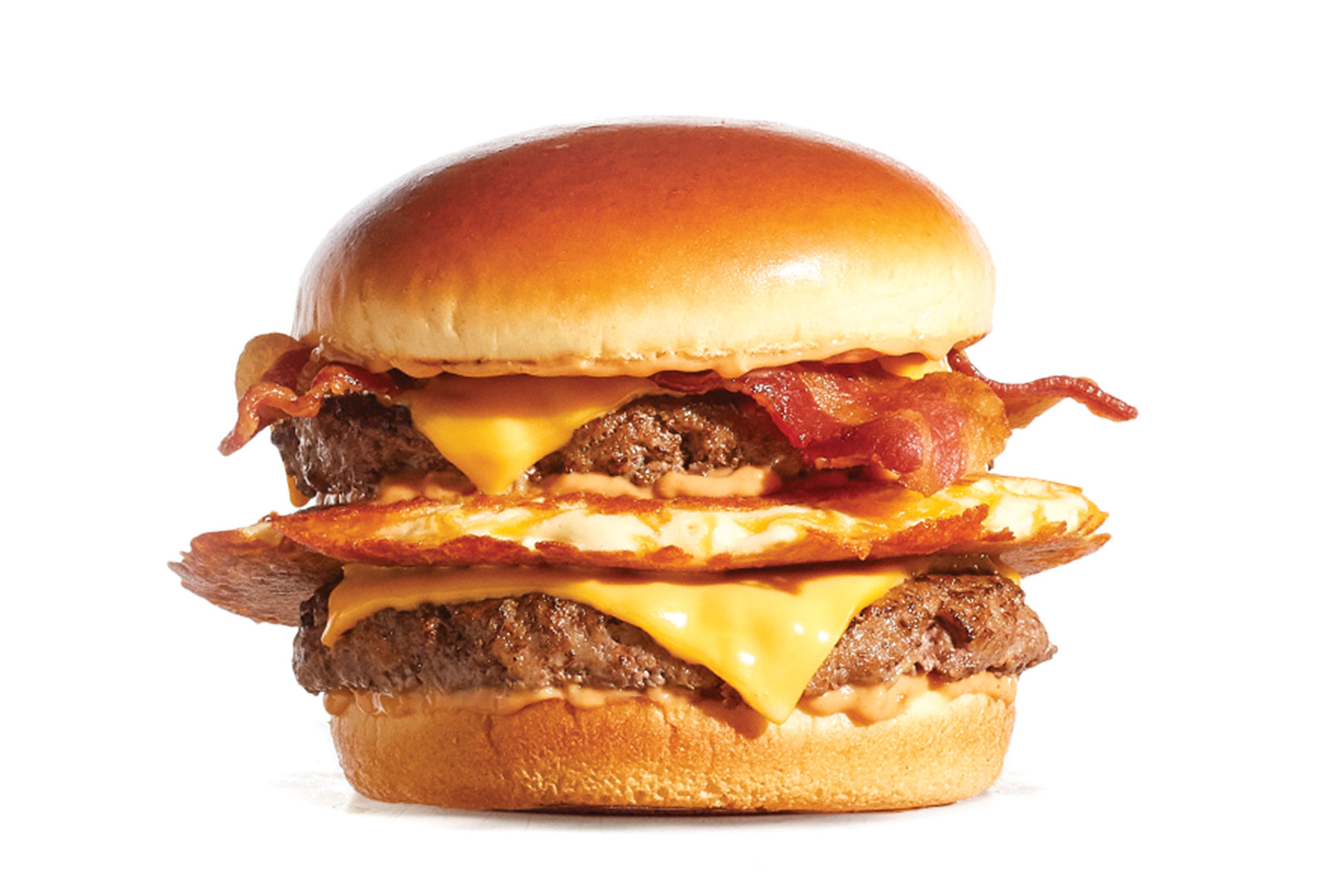 The spots have a retro game-show feel with an announcer who calls all the burgers pancakes. As one of my colleagues who saw the spots said, “something about the IHOP spokeswoman slowly becoming more and more delusional about what IHOP is feels….accurate.”

The other burgers added to the menu are the Garlic Butter one topped with Gilroy garlic butter, bacon, white Cheddar, lettuce, tomato, onion and mayo, and the Loaded Philly, which as its name suggests is topped with sautéed onions and peppers and some cheese sauce.

Last year’s “IHOb” campaign led to strikingly strong sales of burgers and jolted sales during the lunch and dinner hours at a restaurant that’s clearly known as a breakfast joint. Days after the campaign began in 2018, IHOP President Darren Rebelez said restaurants were seeing roughly four to seven times as many burger orders as they were before the switch. Burger sales cooled off a bit since then but remain about twice as high as they were before the “IHOb” campaign ran. And lunch and dinner, times with little to no sales growth before the burger push, are in positive sales territory.

The campaign even helped IHOP keep its then-nascent same-store sales growth going. Such sales, which track results at longstanding restaurants, have now increased for five consecutive quarters, including a rise of 1.2 percent in the first quarter of 2019. And in a sign of the campaign’s effectiveness, it won three Effie Awards in late May: gold in the restaurant category, silver in the Carpe Diem services category, and bronze in data-driven media.

This year, IHOP has added incentive to promote burgers, which will run at a $6.99 promotional price through July. More of IHOP’s restaurants now offer delivery via DoorDash, and burgers are a strong seller in orders people consume at home. Plus, it has a new line of milkshakes to promote. Few foods go better with shakes than burgers.

IHOP: IHOP introduces cereal pancakes with the help of a 'Child Executive Officer'

IHOP: IHOP becomes IHOb -- and the 'b' is for burgers