Ikea's cookbook teaches you how to make meals from food scraps

Ikea has been on a mission against food waste for some time now, as part of its sustainability pledge, and now it's teaching people how to get creative with their leftovers.

Previously, a spot from its Canadian arm, working with Rethink, showed a couple creating a balletic performance out of making a meal from scraps, and now it goes one further, creating an actual recipe book suggesting meals that people can make from food bits that usually go to waste. The Ikea "ScrapsBook" cookbook features recipes like banana peel and bacon wild rice pancakes, watermelon rind jam and strawberry top feta spread and corn husk crispy chicken.

The book was acreated via Rethink and made in collaboration with 10 North American chefs, including Adrian Forte, Craig Wong and Trevor Bird, who provided a diverse range of recipes from different cuisines and cultures. 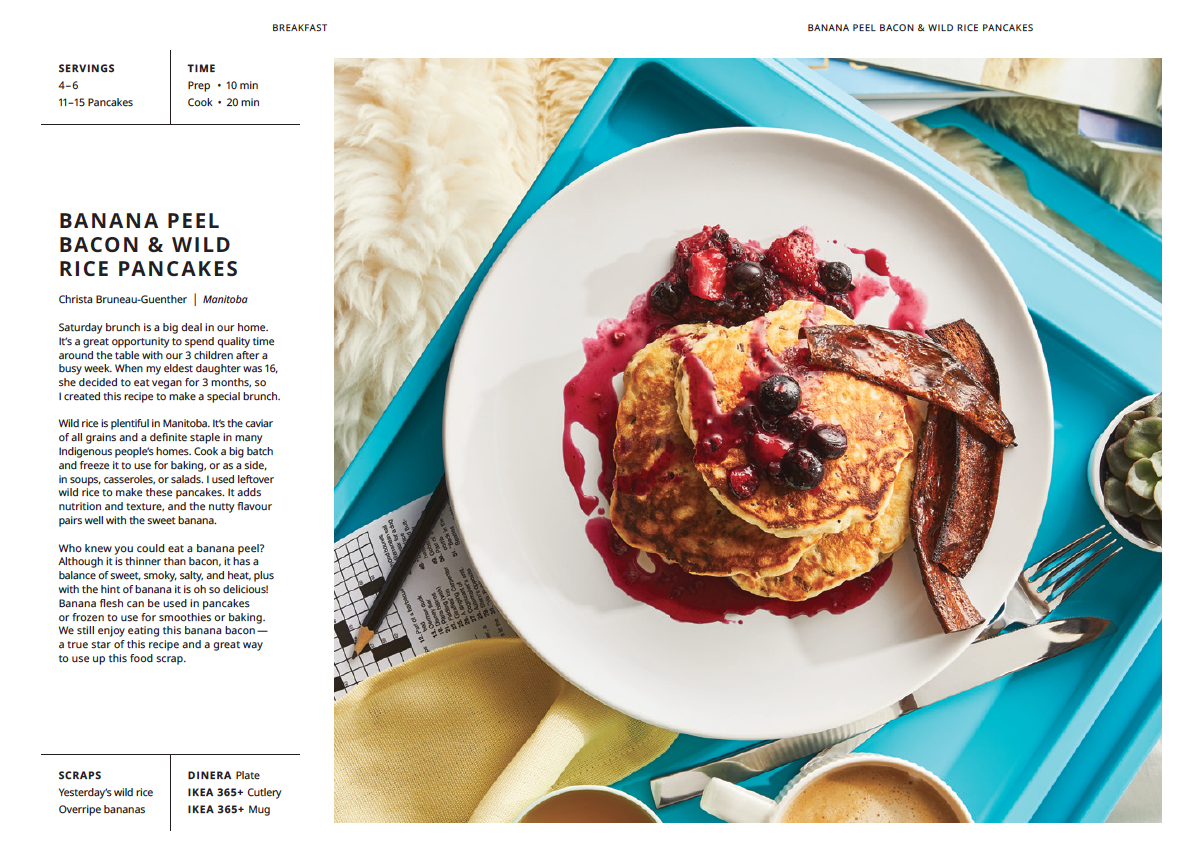 The e-book with 50 digital recipes can be downloaded for free here, while Ikea loyalty scheme members can also enter a drawing to win a limited edition physical copy with 214 pages. Ikea will also launch #Scrapcooking Sundays, a series of cooking tutorials on Instagram Live in April and May.

"In Canada, research tells us that almost two thirds of food scraps that end up as kitchen waste could have been eaten," said Johanna Andren, head of marketing at Ikea Canada. "Seeing as how much waste is created in one of the most important rooms in the home, we set out to inspired Canadians by giving food scraps another look and offering new, creative ways to reduce food waste at home." 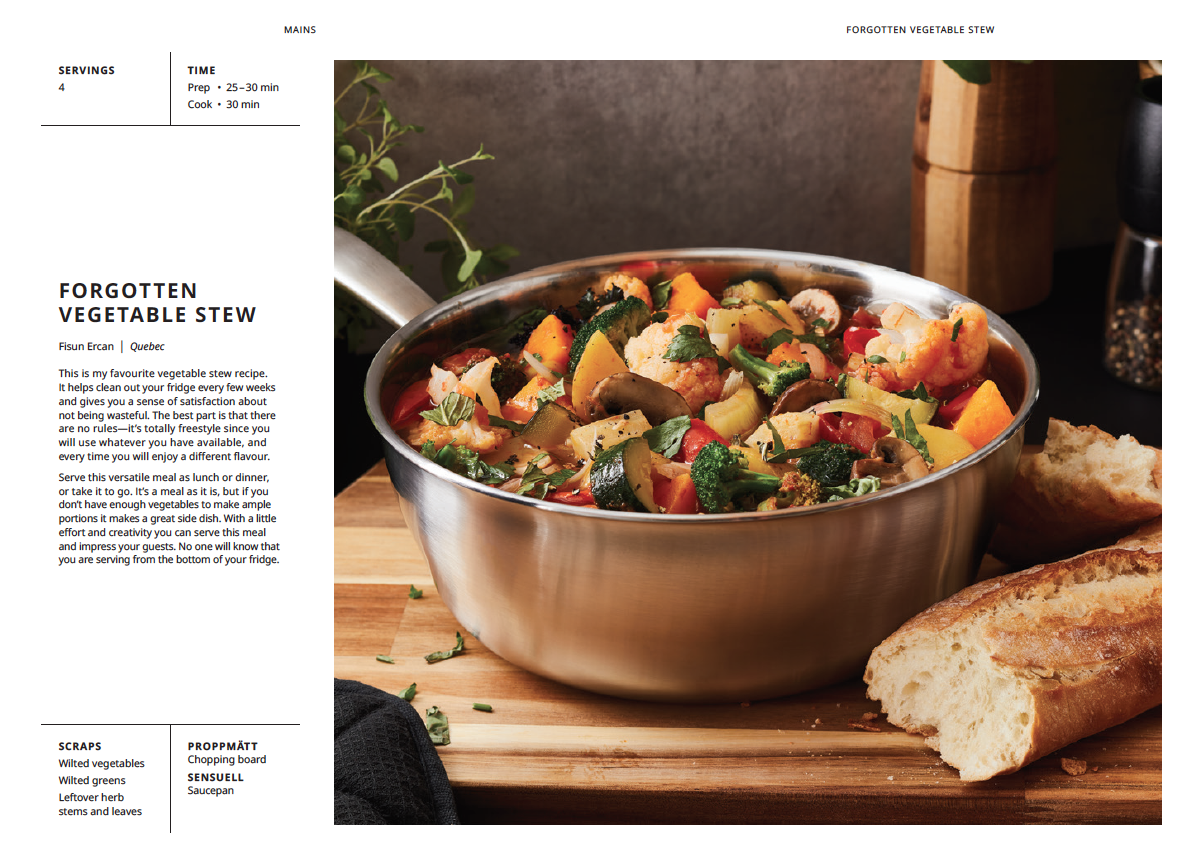 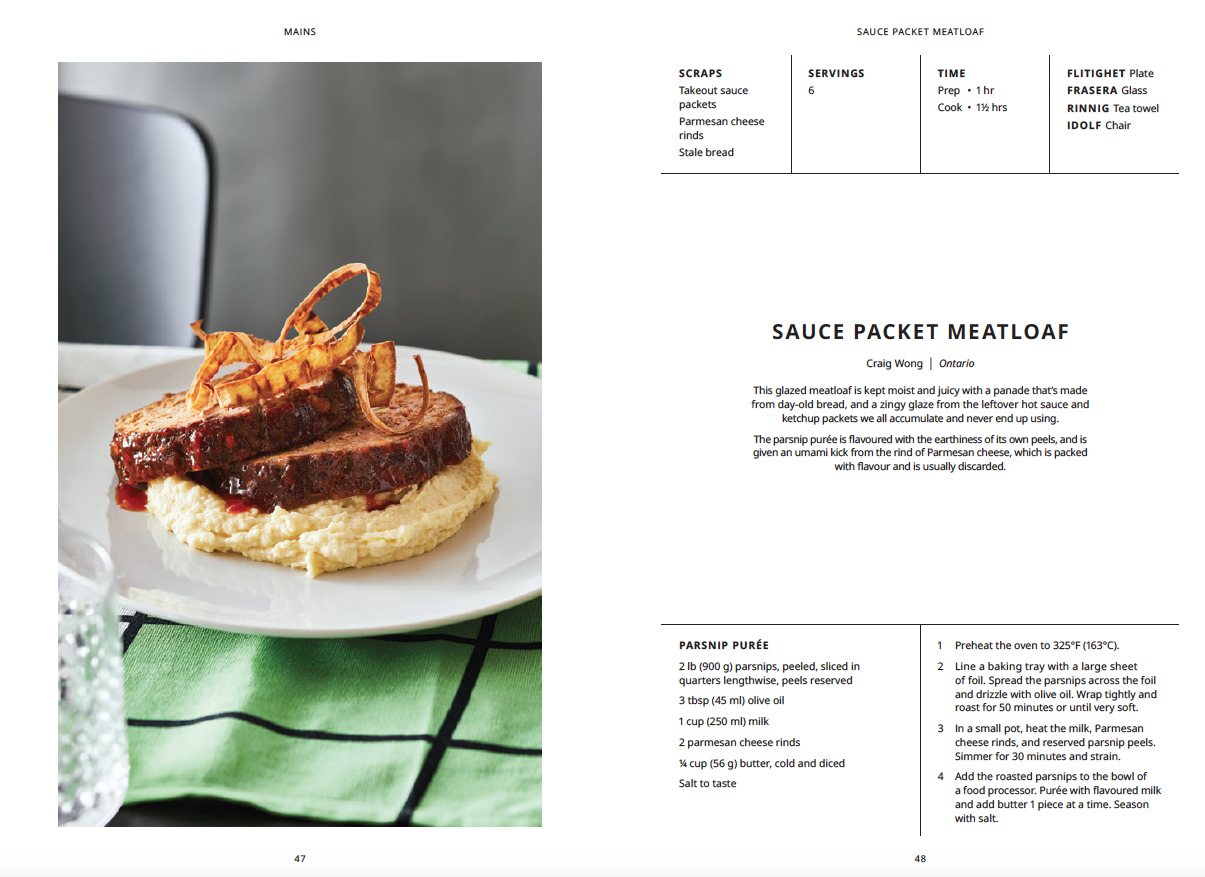 Ikea: A well-meaning robot tries to clean up the world in Ikea's sustainability ad

Ikea: Ikea claims to be the creator of the real Swedish meatball